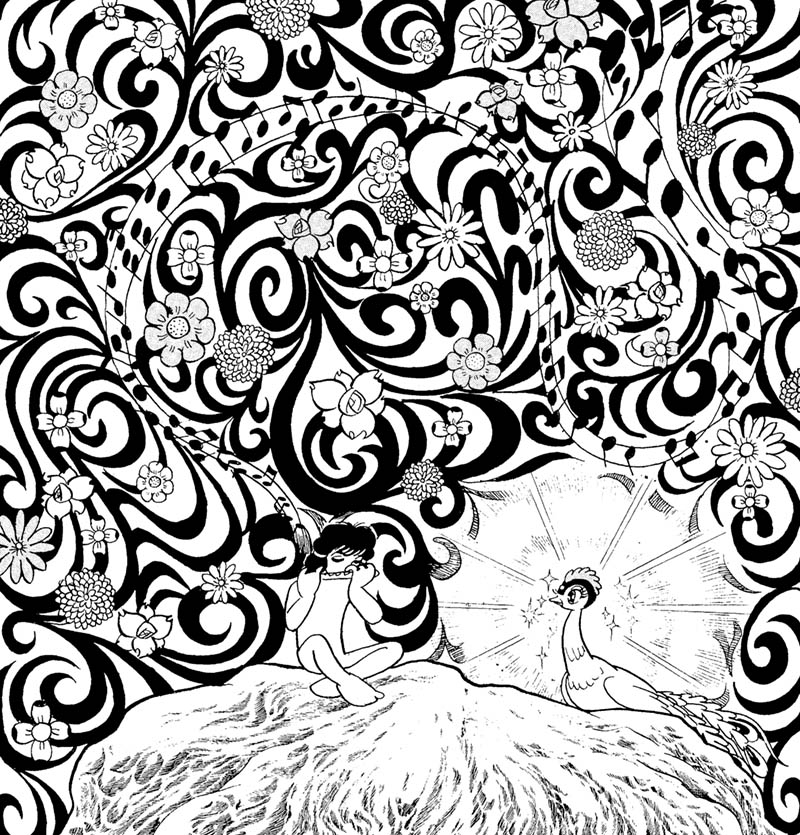 Our beautiful glass-like earth, so easily shattered, floats in the loneliness of the vast universe. Against the unending blackness of the depths of the universe, how beautiful this planet of water is: perhaps it represents the world of mysticism itself. If just once we could be witness to that vast universe, it may be that we would never want to harm our precious air, water, greenery, or our oceans again.

Music can be said to be vibration, and there is a theory that the entire universe arose from the impact of the big bang and the vibrations that resulted. Therefore, it may be that music was part of the origin of the universe, which is said to resonate with the vibration of the most basic particles inside the atoms that comprise all material phenomena. This scene shows the Phoenix, which lives in tune with vibration, drawn to music. The reason that man is able to expand his heart infinitely-and to feel the beauty of the universe with his heart-through music may be that we are breathing the very "music" playing in the particles inside each of our cells. This picture illustrates how music itself may be the closest thing to the voice of the gods. 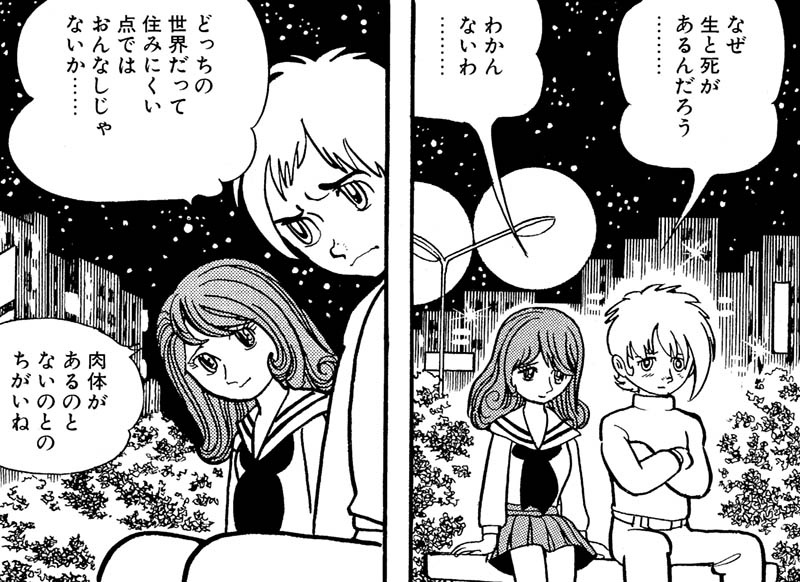 Maybe mankind has made a big mistake in the direction of his "progress." It might have been better had we remain "ignorant" beasts: we may have been able to live and die more easily, and the earth may not have been pushed to the limit.

What does it really mean to live and die, and where do we go after we pass away? Perhaps the answers lie with religion. There are many answers: some say we go to heaven, others say we reincarnate into other life forms. Indeed there is tension between the religions about which are correct, and the dark shadow that tragic religious wars have cast on human history remains with us today.
The victims of such wars know best the answer to the question of where we go when we die... 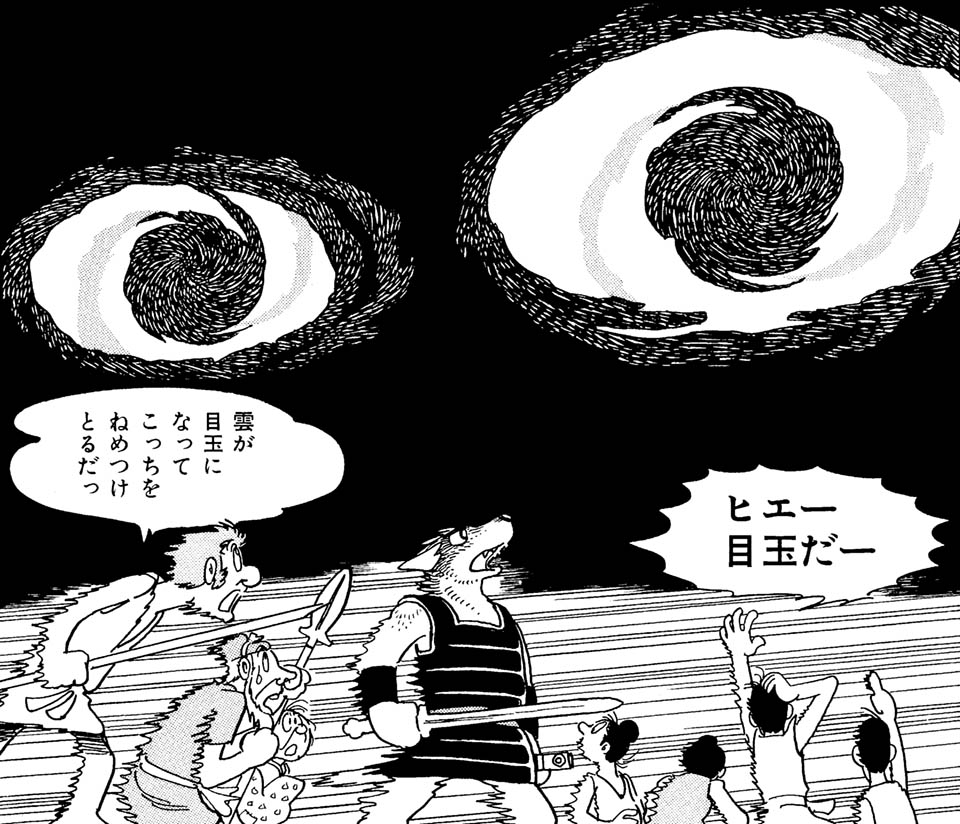 Religion and faith are concepts created by man, and all are correct. How can we stop the fighting when all sides are right?

From the dialogue of The Phoenix, "The Phoenix: Chapter of the Sun"

All religions hold that there is a power that exceeds the boundaries of human wisdom. That power may be "God," or "Buddha," or, some people say, even "aliens" from outer space. And since ancient times, in both east and west, that power has been represented as "the eye." We might wonder why the eye has been taken as such a symbol, and we might conclude that it is because god is looking down upon us, ready to punish us when we do something wrong. But if we think more deeply about this, we realize that we ourselves are always judging our own actions: humans are constantly looking hard at themselves. Perhaps the gods are nowhere to be found but inside us.