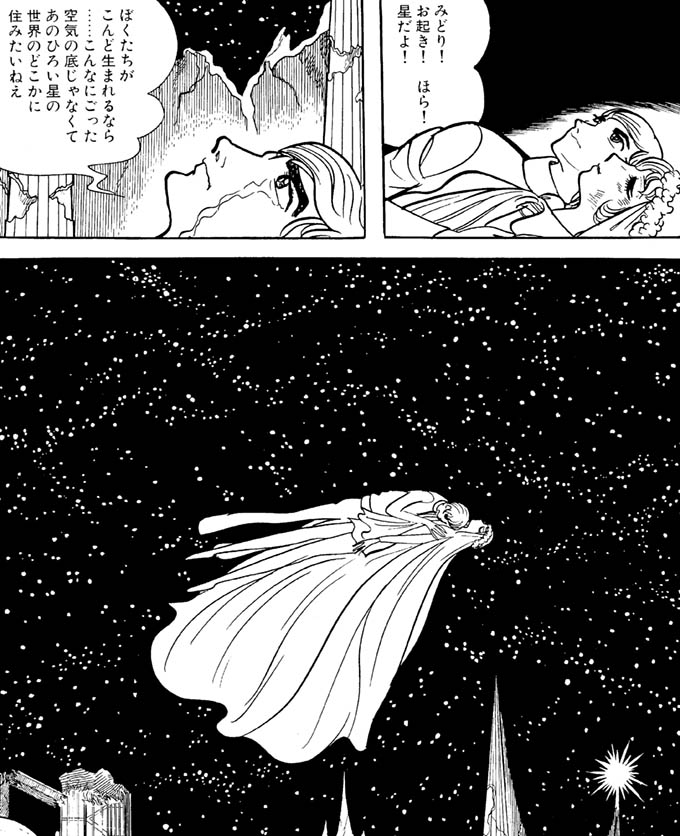 The progress of natural science was originally intended to bring happiness to human beings. But instead it has become an evil force, causing nothing but pain to the earth. The problem can hardly begin to be touched upon by my Manga, which some people once ridiculed and labeled absurd.

A future where children have no choice but to live in a man-made, closed-off world.. .this is not just a sad "make-believe story": these days, it actually contains an element of truth. We continue to incur environmental degradation, to use dangerous additives in our foods, and to carry out nuclear weapons testing in different parts of the world. If we keep on going like this, the world is destined to sink "under the filthy air..." 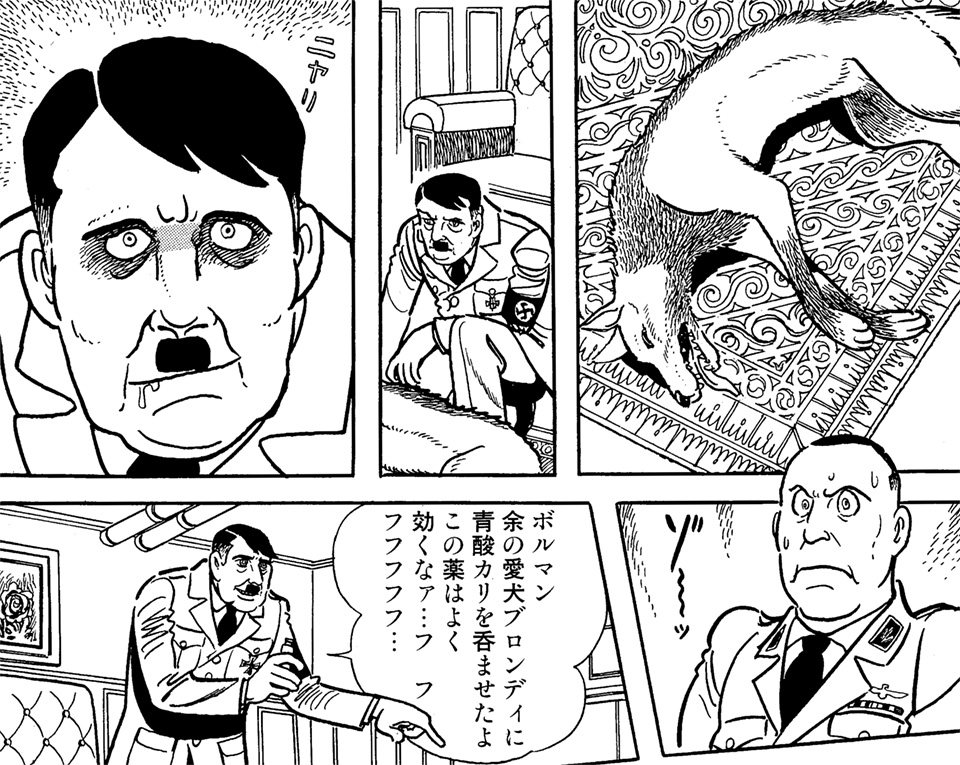 Man is a truly ugly creature: he is brutal, he lies, he's jealous, has no faith in others, betrays, likes to show off, and even kills his own kind. But even despite all this, human life is dear and precious. All life is precious.

From "Save Our Mother Earth

In a great number of movies, cartoons, and Manga, Hitler is depicted as a symbol of large-scale massacre, racial discrimination, and conquest. But Hitler was not a singular demon: in fact, the darkness represented by "Hitler" exists in all of our hearts. Once we begin to think that our own beliefs or desires take precedence over the lives of other people, it may be the awakening of the "Hitler" within us. It is important to face head-on the "Hitler inside" without running away, and to overcome it. This is how we can create a truly rich, peaceful society. 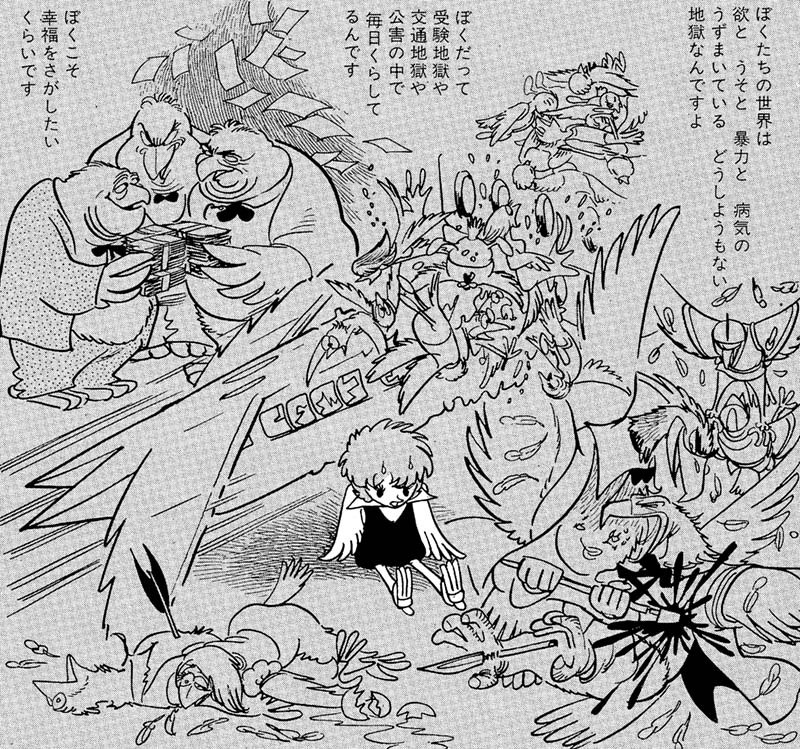 Rise of the Birdmen

If birds were to imitate humans, becoming "bird-like people," the world would be witness to one disaster after another.

Why is it that we would only be headed for disaster if other animals were to imitate humans? Because humans are the type of beings to attempt to control all animal and plant life, and indeed the earth itself, as if everything belonged to us. When we try to control others, those who are oppressed will become sad and angry. The kind of system that inevitably produces sadness, anger, and despair is bound to fail before long. This is the way Tezuka Osamu viewed our society today.