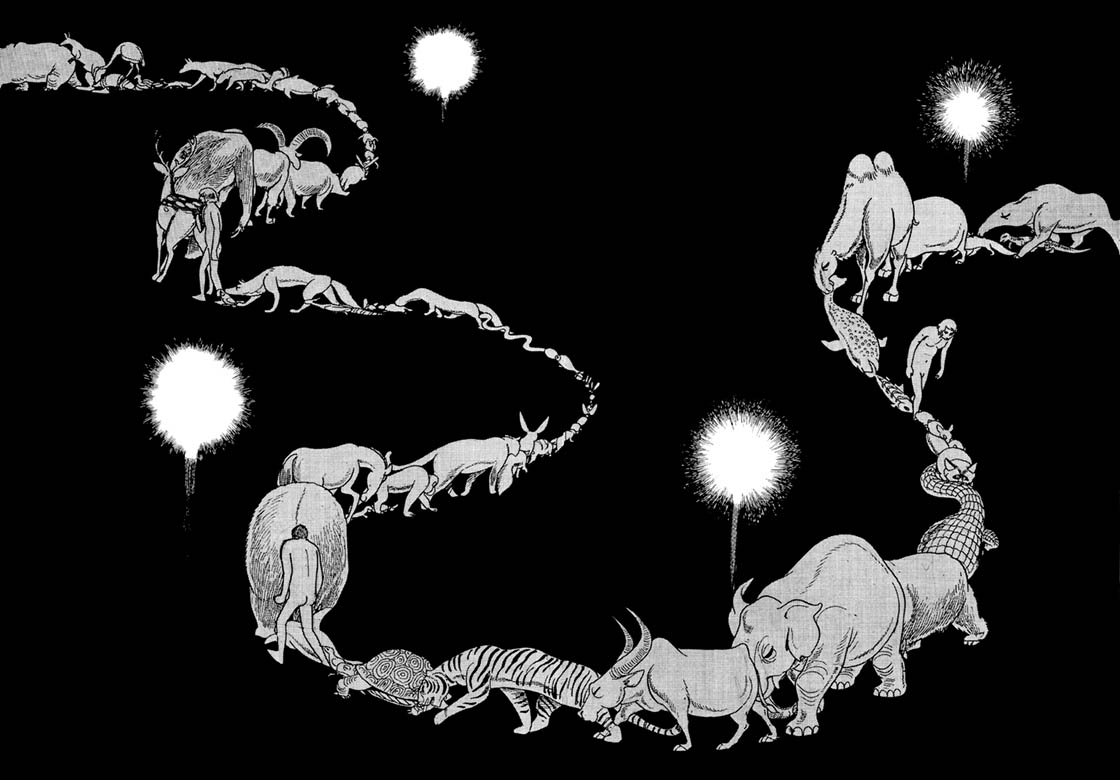 If reincarnation is really a fact, then in our next life we may be a flea, or one of the ground beetles that I love so much. Thinking in this way, we can begin to treat every being's life with the same degree of respect.

Life doesn't end with "death." Rather, it simply changes form, taking birth over and over again. This way of thinking is called "reincarnation." In the West, life ends at death, and then one goes to heaven, but since long ago in the East, it is believed that beings die and are born again eternally. Recently in the West too, this concept, with its origins in the East, has taken root. We find the song "Circle of Life" has been featured as the theme song in an American movie, evidence of its gaining familiarity. The idea that death is "the end" may be a noble one, but the concept that life doesn't end-that it merely takes on a new form-makes you feel, in a gentle way, a stronger link between yourself and the world. 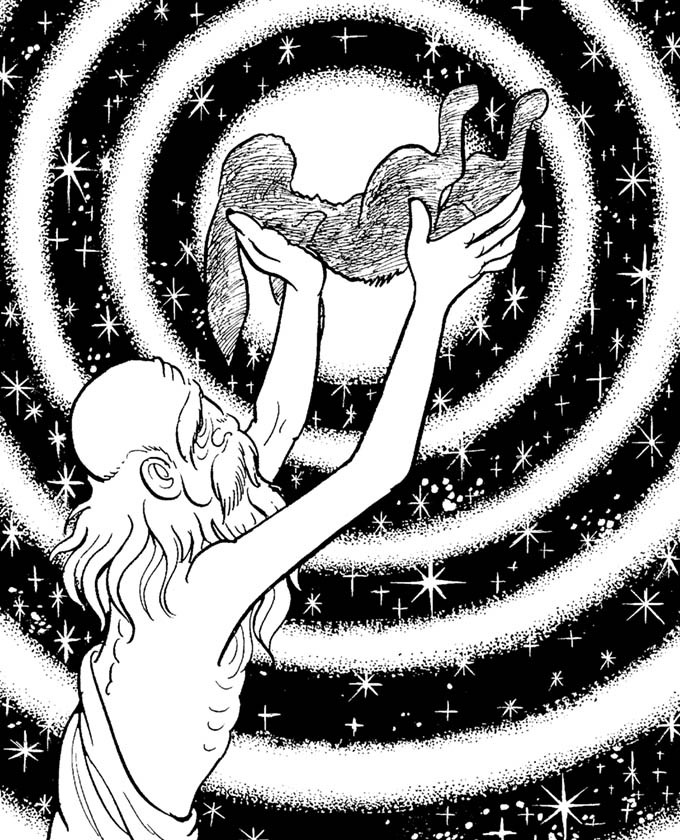 As we proceed into the universe, the movement toward cooperation, mutual help, and communication between livings things and humans in the community of the earth will grow greater and greater: This should be the next great project springing from the human wisdom that created the Nasca geoglyphs.

All life is one great wheel, and if we realize this, then even death may not be so frightening. The rabbit threw himself into the fire so that the old man could eat him, and so the rabbit's life and the life of the old man are connected. And that is why the rabbit was able to sacrifice himself. If we realize that all life is connected to one's own, we can no longer treat even the smallest life form lightly. We have to understand that the life of a small insect, or that of a dog or cat, are one and the same with our own, and this is what is behind the grand story of "enlightenment." 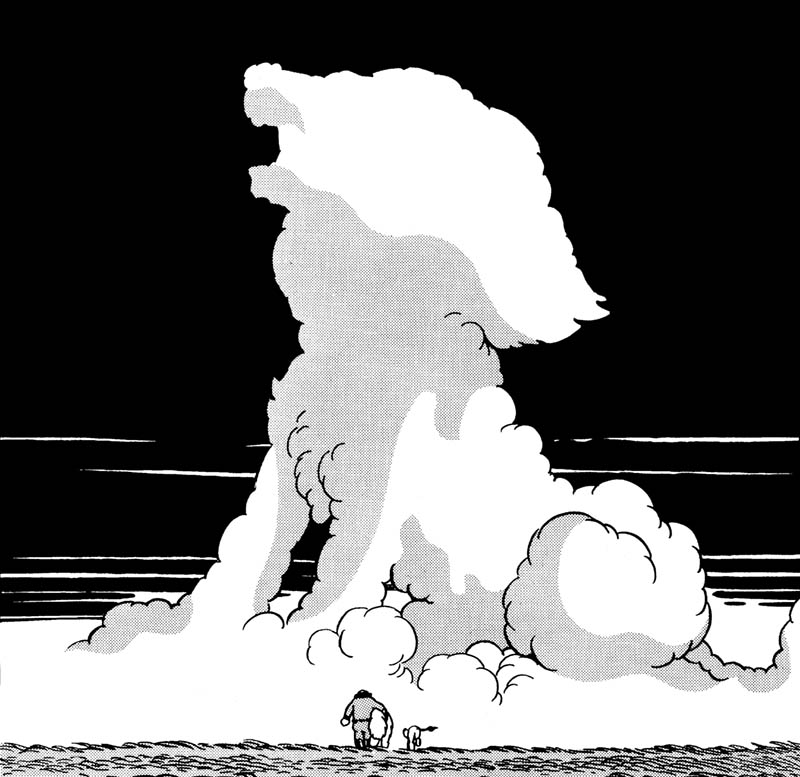 Our beautiful glass-like earth, so easily shattered, floats in the loneliness of the vast universe. Against the unending blackness of the depths of the universe, how beautiful this planet of water is: perhaps it represents the world of mysticism itself. If just once we could be witness to that vast universe, it may be that we would never want to harm our precious air, water, greenery, or our oceans ever again.

It is said that the number of people who have been born on this earth and died is as great as the number of stars we see in the night sky with the naked eye. If we can think in this way, we can begin to feel that as we look up at the sky, we are protected by the countless lives up there. And we might feel that we want to take even greater care of this earth and sky of ours, thinking of how it has enveloped all the people who have been born, cried, laughed, loved and killed each other throughout our long history. Even in the smallest part of a cloud crossing the sky, there dwells precious life.