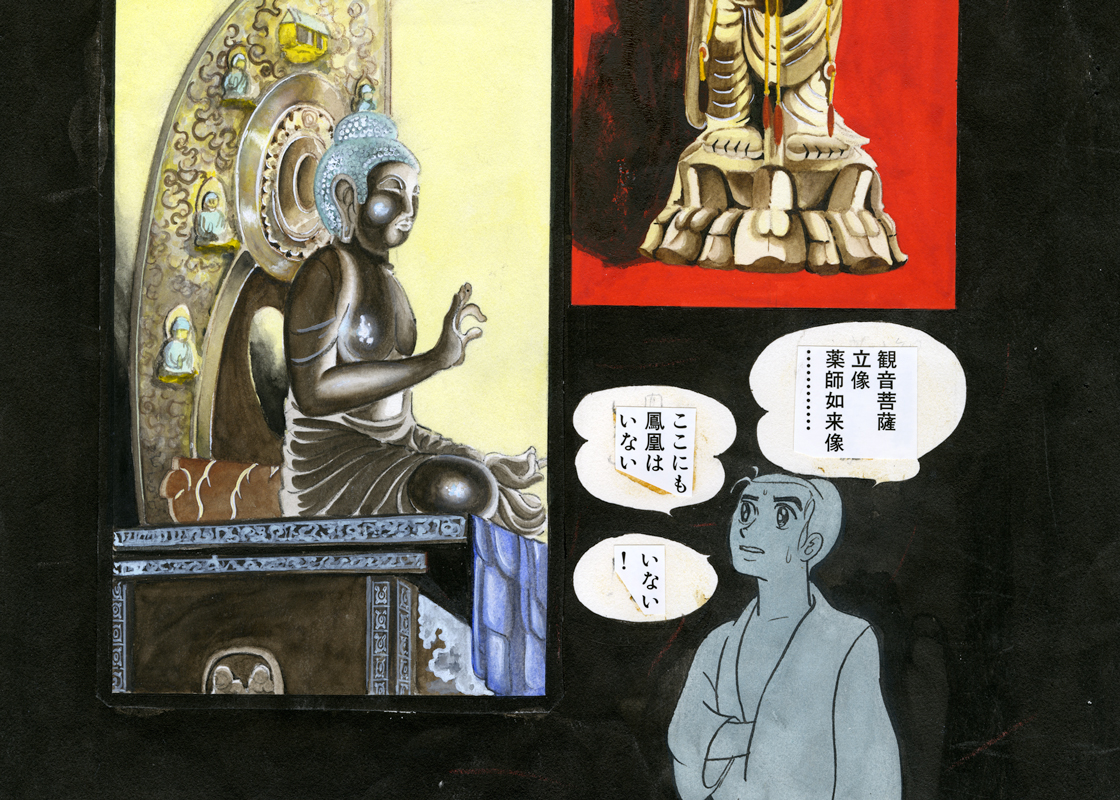 This is Part 5 of Tezuka Osamu's lifework, "The Phoenix," which appeared serially in the magazine "COM."
The story is set in the 8th century, the Nara Period in Japan. While traveling through countries with the high priest Shonin Robem, the one-eyed and one-armed burglar Gao, whose life was saved by the priest, meets people suffering from disease and death, and begins to display his hidden talent as a sculptor.
Meanwhile, Akanemaru, a sculptor of Buddhist images who sustained an injury inflicted by Gao in his youth, recovers from the injury, becomes famous, and moves on to become the driving force behind the construction of the great image of Buddha at Todaiji Temple in Nara.
A man of power at that time, Tachibana-no-Moroe, who patronized Akanemaru, decides to let Akanemaru and Gao compete over the production of the ridge-end tile for the roof of the great Buddha building. The two therefore meet again as rivals by fate.
When Akanemaru is about to be defeated, he discloses the past evil acts of Gao, and has Gao's remaining right arm cut off. 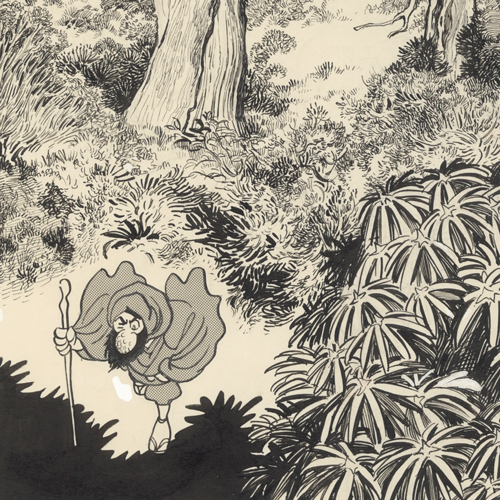 "The Phoenix" version that appeared serially in magazine "COM" marked its fifth episode with the chapter "Karma." This work is considered a highly perfected masterpiece among the series pieces.
Saruta, who plays a host of different roles in different time periods, appears as a villain named Gao in the chapter "Karma."
Through Gao, the meaning of life and the concept of reincarnation are directly addressed.
Reincarnation is the Buddhism belief that the dead will be reborn in another form, repeating the cycle of birth and death eternally. This is also the underlying concept of "The Phoenix."
A man who loses his eye and arm shortly after his birth lives life of hardship, but in the end became a Buddhist, and focuses on rescuing the souls of poverty-stricken people. The character's life philosophy is thus divine. 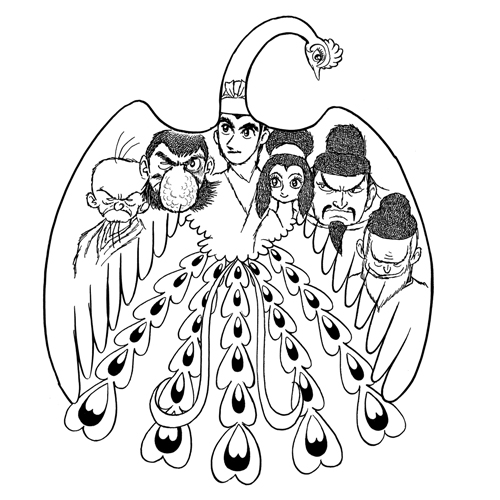 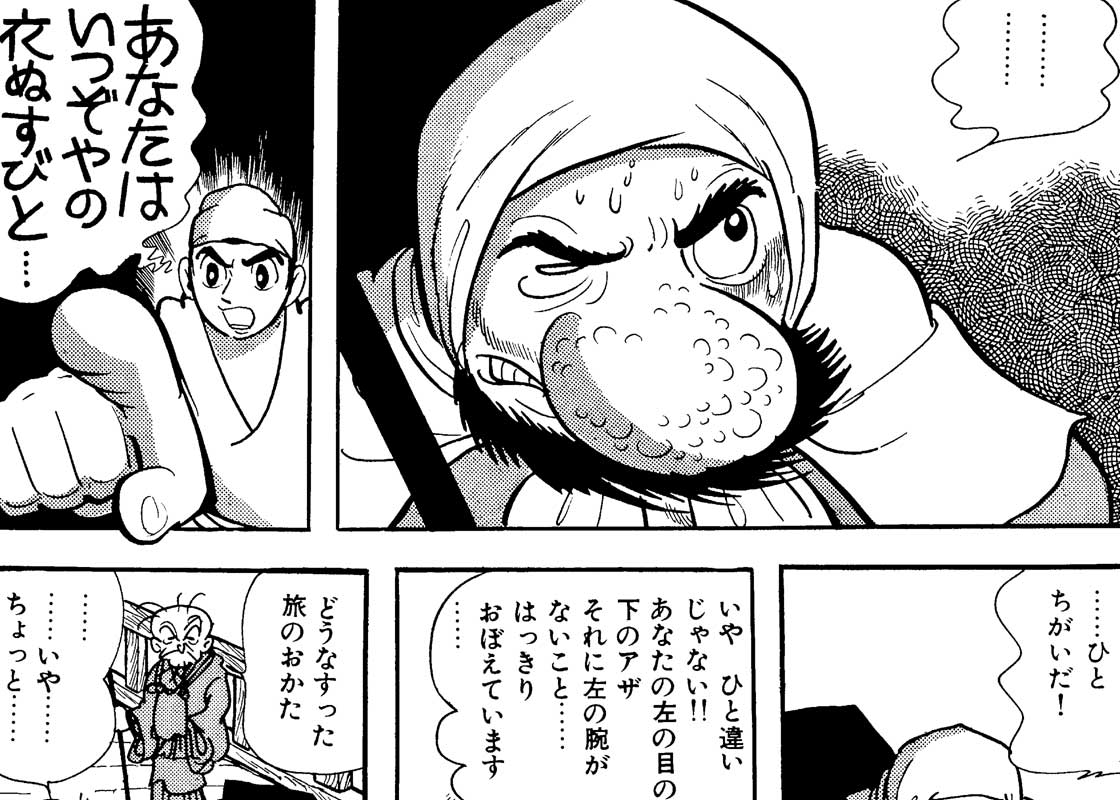