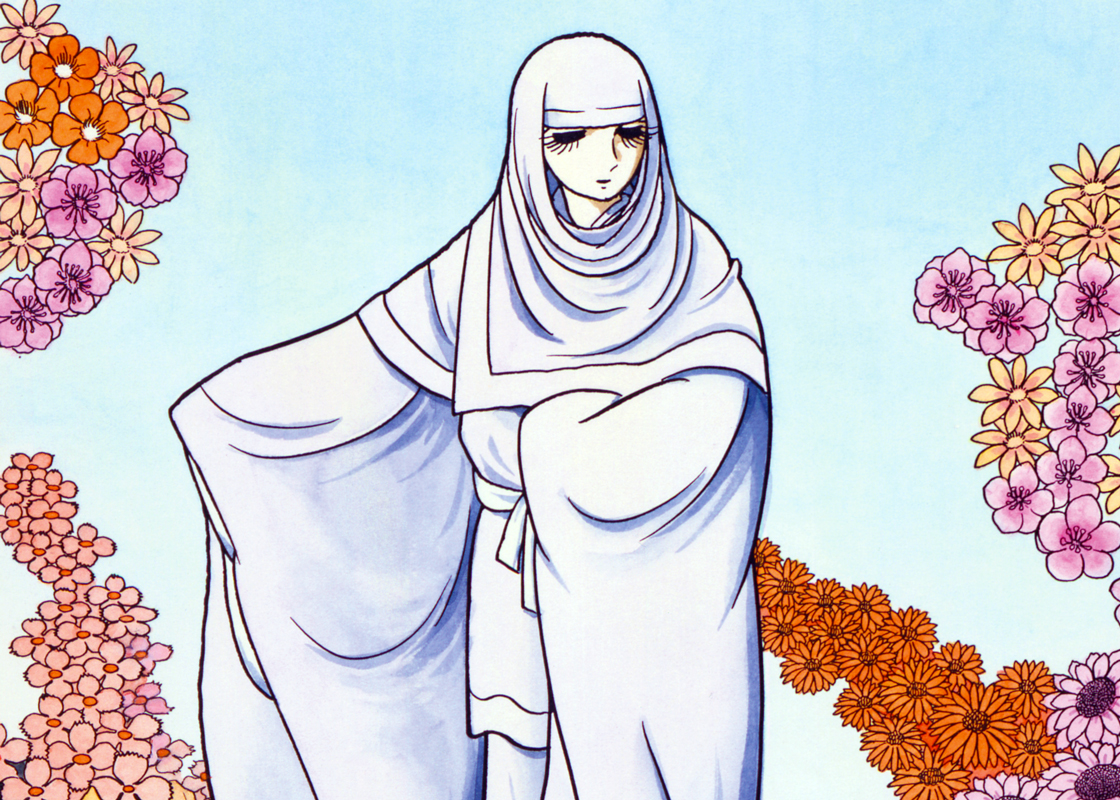 This is Part 11 of Tezuka Osamu's lifework, "The Phoenix."
The setting is 7th century Japan. Sakon-nosuke, daughter of a brutal lord Iemasa Yagi, has been brought up as a boy.
One stormy night, Sakon-nosuke leaves with his follower Kappei to kill the nun Yaobikuni of the Horai Temple.
He sets out to kill the nun because his father had asked the nun for treatment of his fatal illness, as Yaobikuni is known for her ability to cure any disease.
Sakon-nosuke, who had been forced to live as a man, naturally harbors great hatred for his father, and believes he will never be able to go back to living as a woman unless his father dies. Sakon-nosuke kills Yaobikuni, but on his way back to the castle, a mysterious force sends him back, and he finds himself unable to leave: there seems to be an invisible wall surrounding the compound. Meanwhile, some villagers visit the temple requesting that their diseases be cured. Sakon-nosuke disguises himself as Yaobikuni, and cures the patients using the "glimmering feather," which is the principal image of the temple.
The temple, in fact, is a separate world on a different plane of time, and Yaobikuni was the future incarnation of Sakon-nosuke himself.
Meanwhile, a host of strange creatures wounded in battle appear at the temple for treatment. 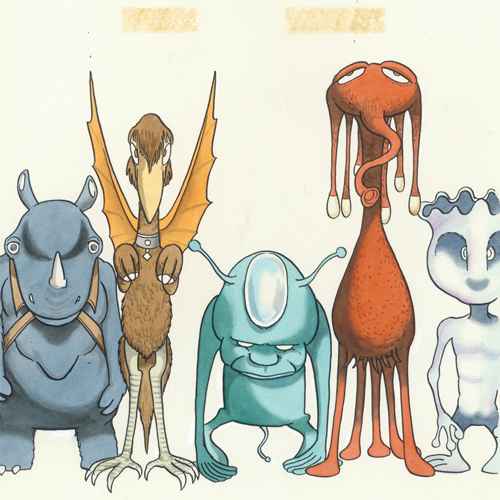 This is a medium-length work, illustrating a human being who is fated to save creatures' lives eternally, as punishment for treating life lightly.
The lives depicted in "Phoenix" are based on the concept of "reincarnation," the belief that beings are eternally subject to the cycle of death and birth.Examples of human beings who are destined to never be able to die due to the seriousness of their crimes appear in some of his works. The character "Makimura," who is destined to endlessly repeat the cycle of growth and rejuvenation in "Space," and Sakon-nosuke Yagi in "Strange Beings" are some examples.
This story's chronological setting is the same as the subsequent chapter, "The Sun." The reasons why so many creatures appear at the temple are explained in this chapter. 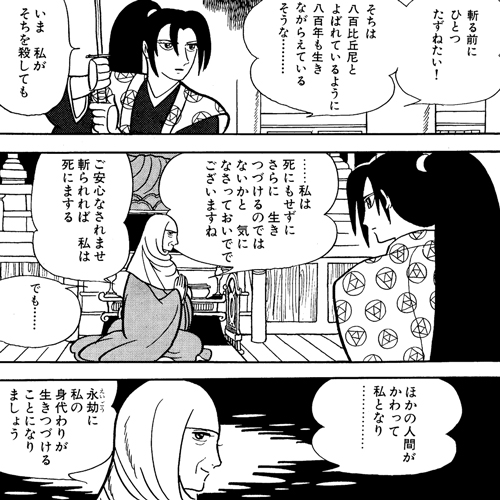 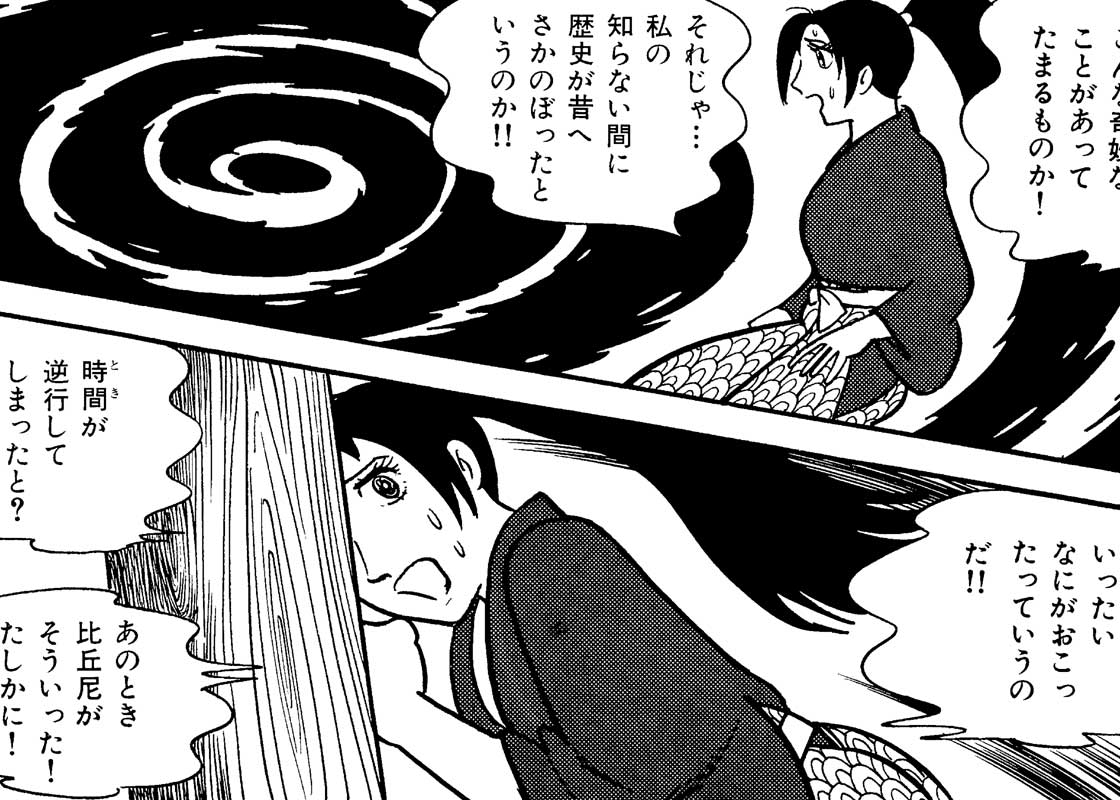