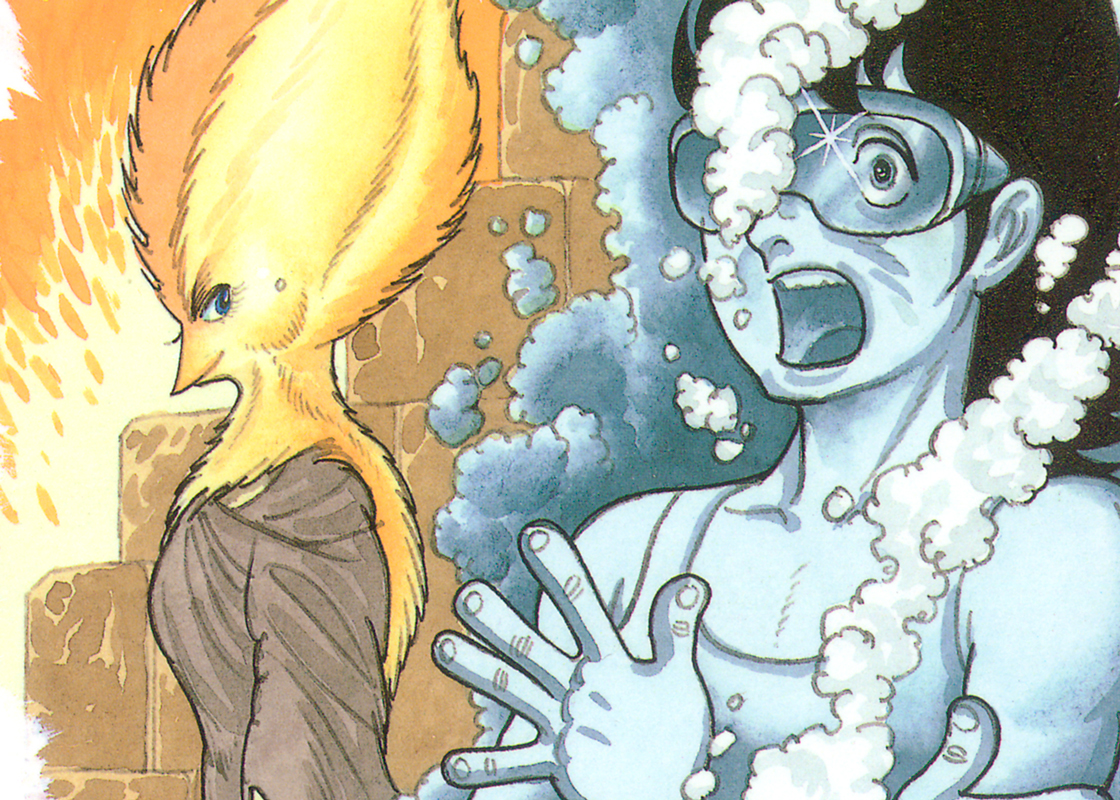 In Part 10 of Tezuka Osamu's lifework, "The Phoenix," Aoi, a TV producer struggling with rating competition and desperately attempting to recover the popularity of his program, comes up with the idea of producing a clone and having him killed by a hunter. He then visits a clone research center in the mountains of the Andes.
Together with the researcher Saruta, Aoi meets a special "bird," a descendent of the Holy Spirit of the Inca who holds the secret of cloning. Much to his surprise, Aoi himself is cloned.
Aoi is thus punished by the "bird" for trying to play with life simply to fulfill his worldly desire. The TV station launches a program covering a story about having Aoi's clone killed by a hunter, but the real Aoi becomes a target too. Meanwhile, Aoi meets a girl named Ju-ne while running away from his pursuer, and while living with the girl temporarily recovers his sense of humanity. He then decides to explode the human cloning factory, where clones are produced only to be killed. 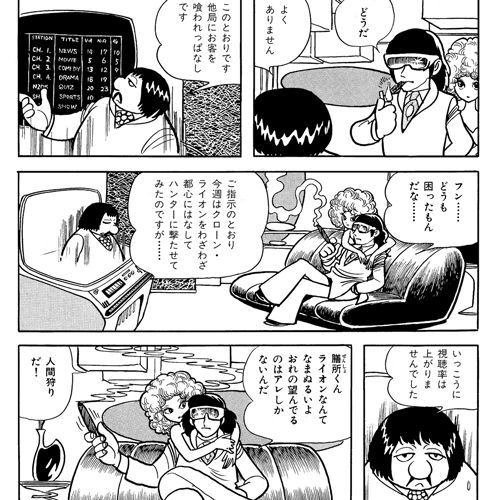 From early on, Tezuka Osamu was seriously concerned about the issue of human cloning, which is currently evolving into a becoming a social problem of global scale. Tezuka Osamu depicts in his numerous works the terror of man produced artificially, and resultant tragedy. In this work, Tezuka Osamu strongly appeals to his audience that all lives are equally important by depicting the unpleasant fate of a man who pays for his disregard for life.
When this work was first published, the story ended with Aoki being killed by a hunter. However, an epilogue was added for publication in book form. 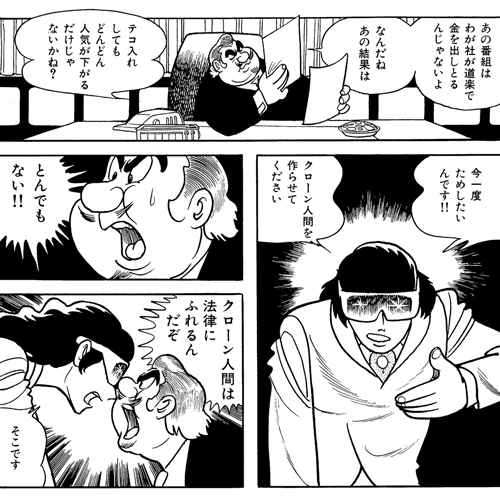 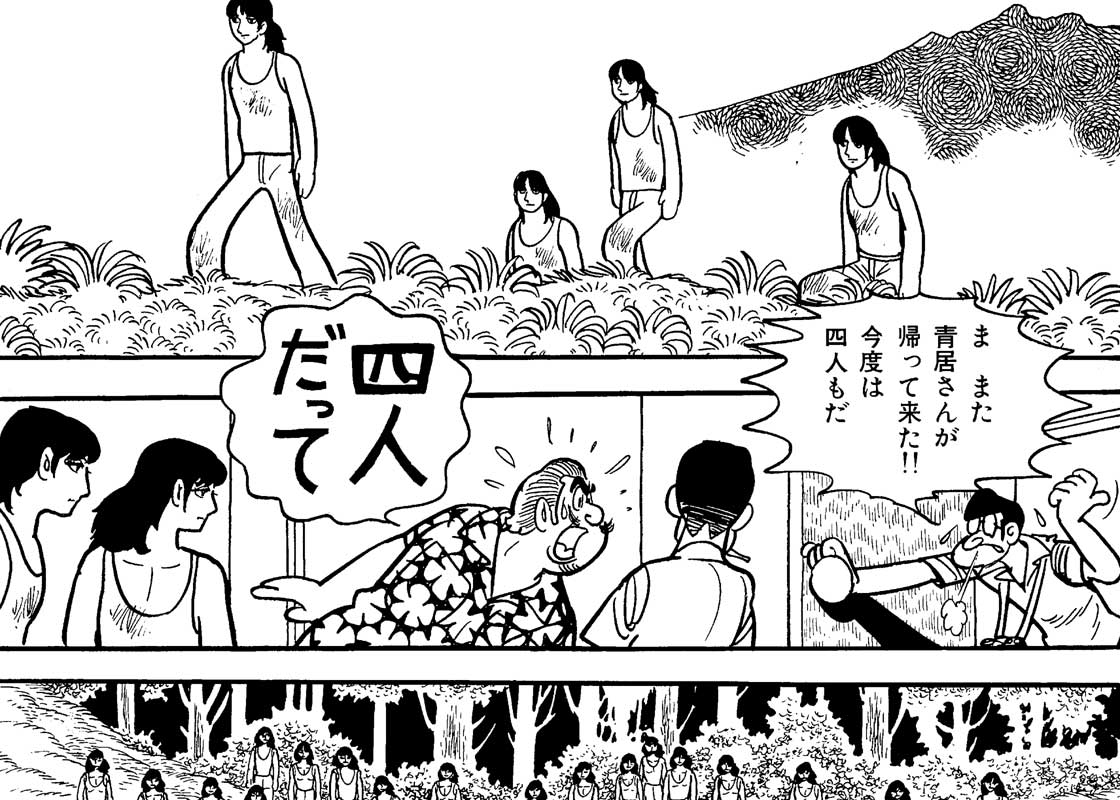