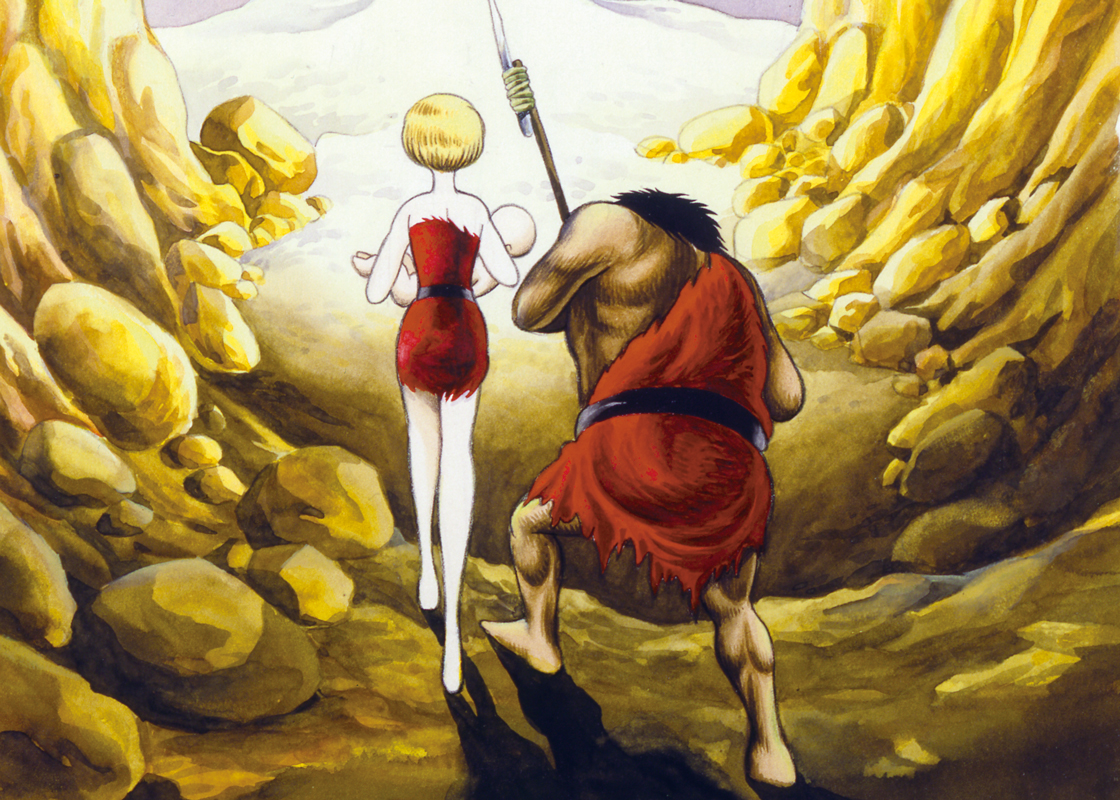 The 4th segment of Tezuka Osamu's lifework, "The Phoenix," was subsequently published in the magazine "COM" following the " Yamato."
In A.D. 2577, a spaceship that departed for the earth from the 3rd planet Zaltz of the solar system of Betelgeuse is stranded after having crashed into cosmic dust.
What the four crewmembers see after waking up from artificially induced hibernation is the mummified crewmember Makimura, who had been keeping watch over them.
Each of the survivors escapes in single-seated lifeboats, and just when they begin talking about the mysterious death of Makimura, they notice that Makimura, who should have been dead, was following them in his boat. Shortly after the captain falls behind the others, Saruta, Nana and Makimura's boats crash-land on a mysterious planet.
Saruta is told Makimura's secret by a bird-woman from the planet Furemiru: that Makimura is a space criminal doomed to endlessly endure the cycle of birth and death, and that the star they just landed upon is a place where space prisoners are banished. 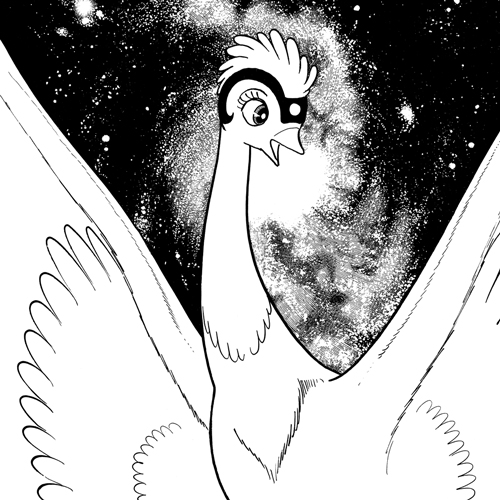 The grand-scale setting of "The Phoenix," which interchangeably weaves scenes of past and the future, now shifts to an unknown planet in the depths of space for a story line separate from the developments of the preceding three chapters.
Time as we know it does not exist here, and the space prisoners must eternally endure the repeating cycle of birth and death.
"The Phoenix" series features experimental strip layouts. In "Space," we see bold and innovative layout attempts; the conversations between the four lifeboats are simultaneously pictured in four horizontal strips, following which we are brought immediately back to the pre-departure scene. 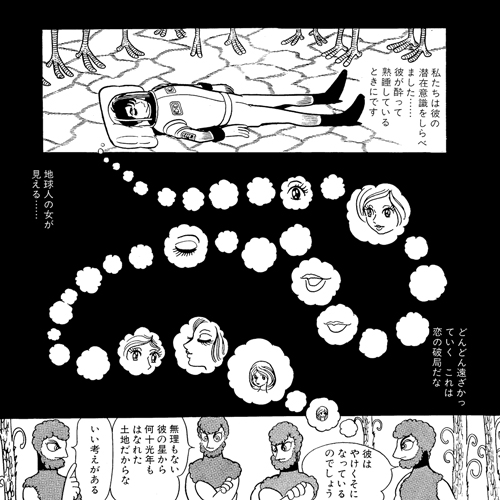 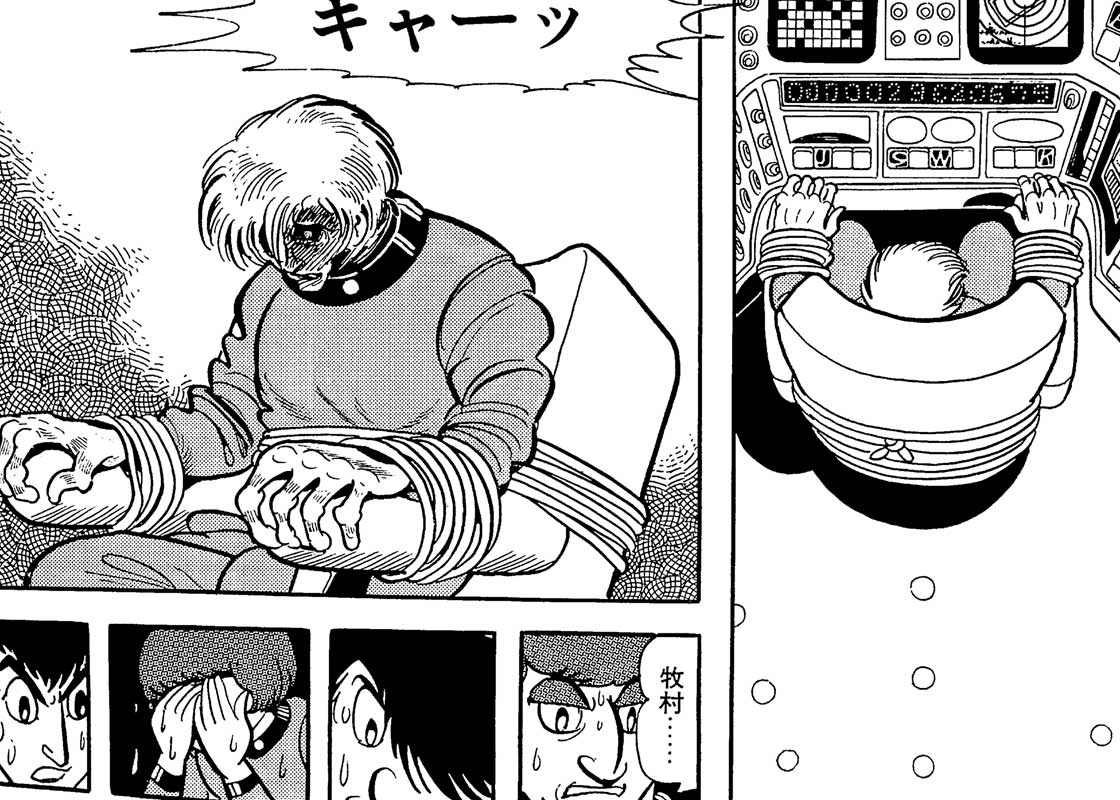