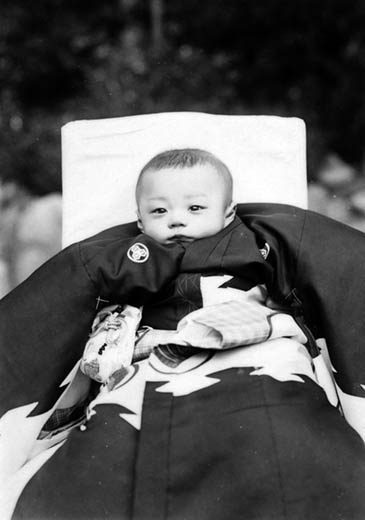 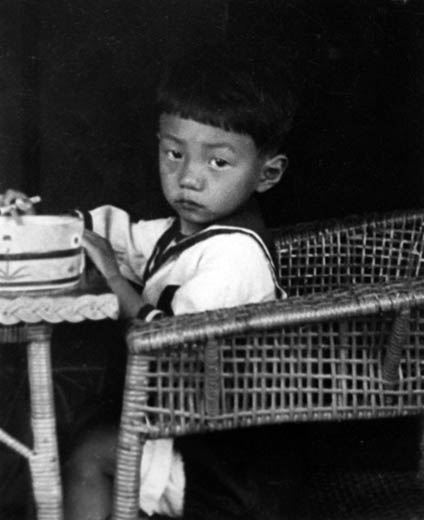 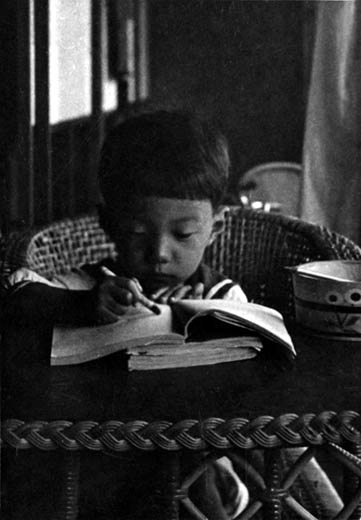 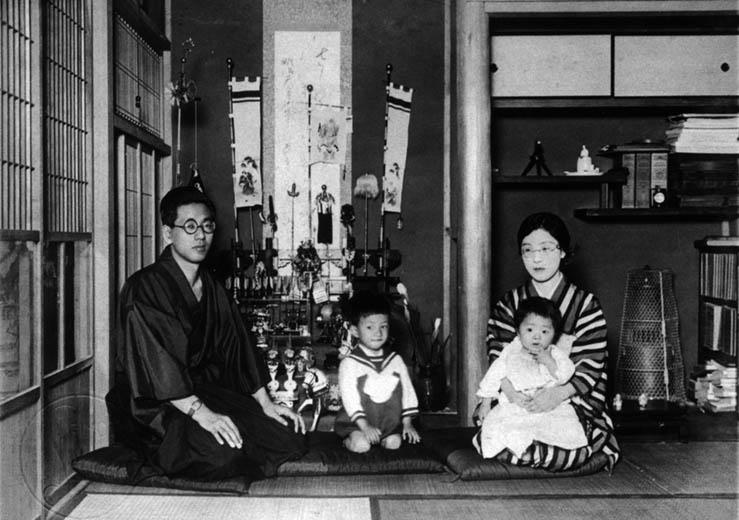 Tezuka Osamu's family (May 1931/Toyonaka, Osaka)
In front of the decorations for the annual May festival. Tezuka Osamu's parents and his younger sister, Minako. 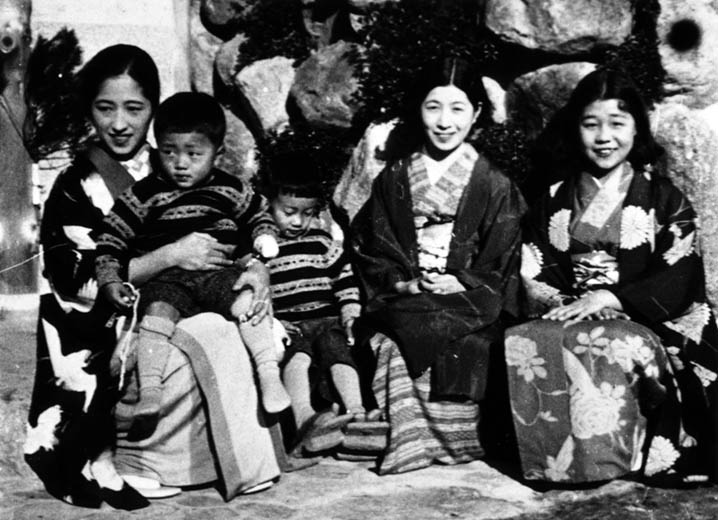 Sitting on the lap of a Takarazuka star (1930s/in front of the family home, Takarazuka)
Amatsu Otome (far left) and Unno Kayoko, stars of the Takarazuka Revue Company, lived next door to the Tezuka family. 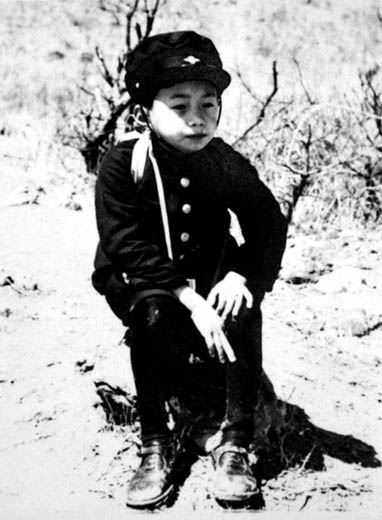 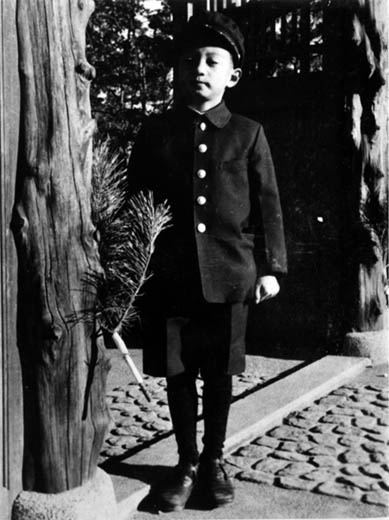 Standing in front of pine decorations on the gate
(January 1938/ the gate of the family home, Takarazuka)
New Year, elementary school, year 4. 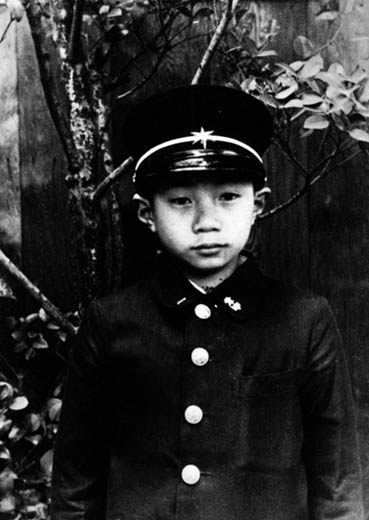 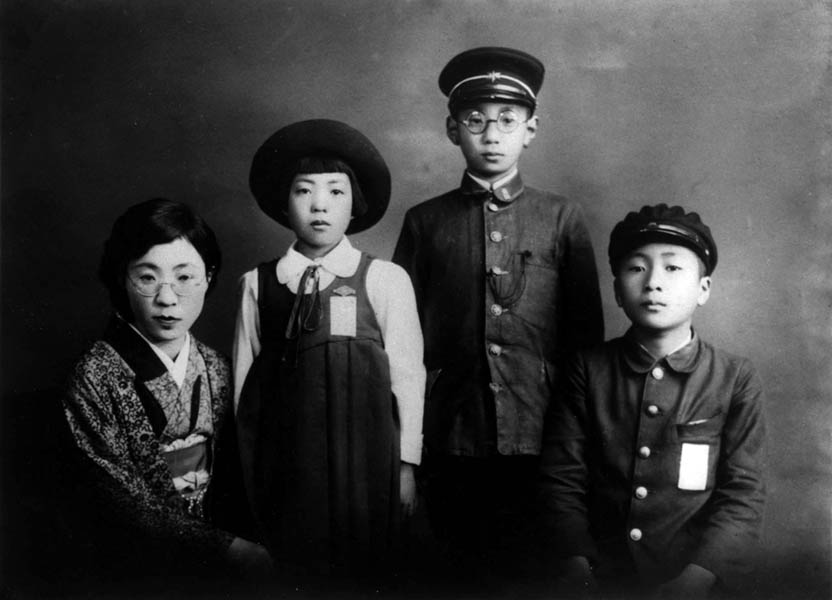 Portraits of the Tezuka family 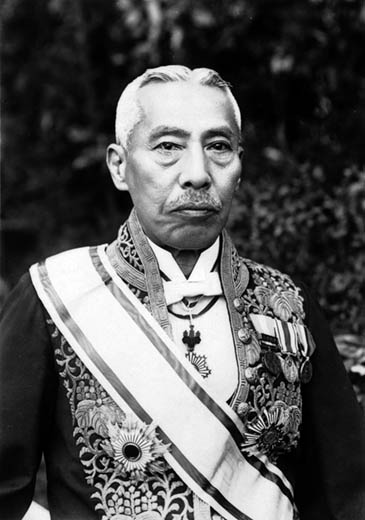 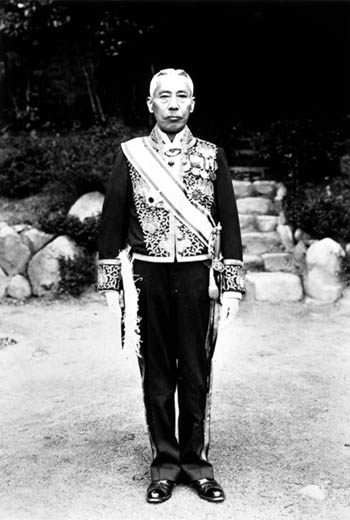 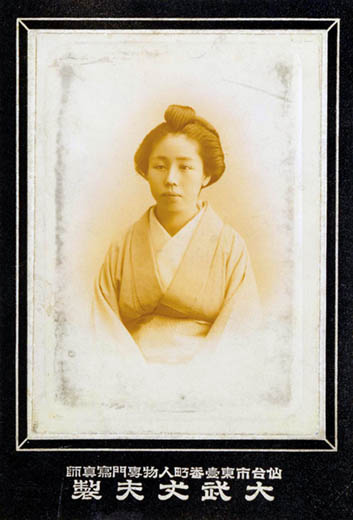 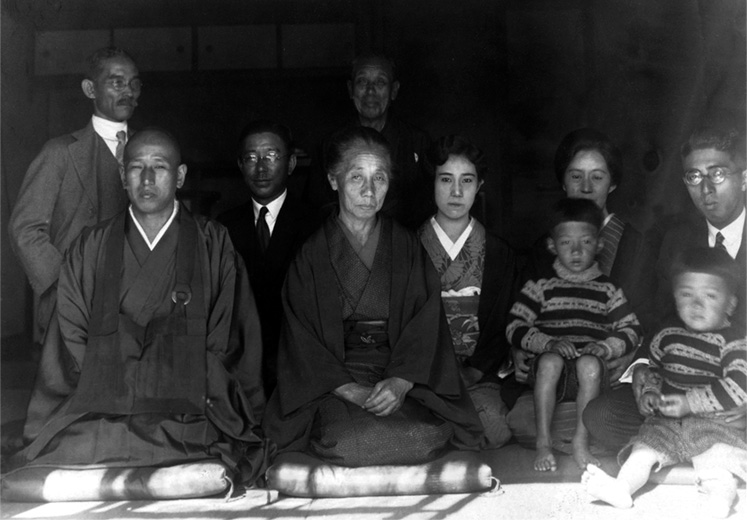 Encircling his grandmother (November 12, 1933/location unknown)
On the first anniversary of his grandfather, Tezuka Taro's death.
Tezuka Osamu's father, Yutaka, is sitting on the far right. Osamu's younger brother, Hiroshi, is sitting on his lap.
Osamu is sitting on the lap of the woman sat next to his father. 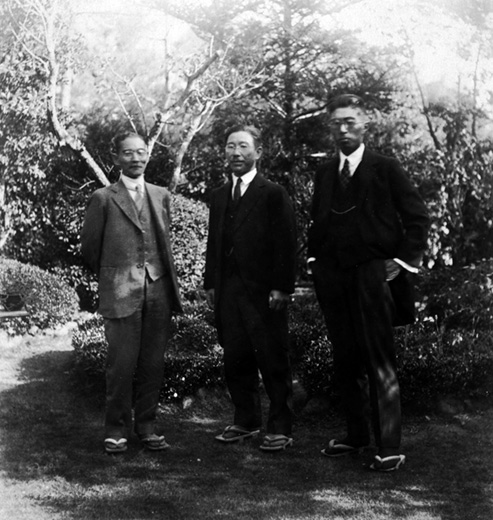 Tezuka Osamu as a dad 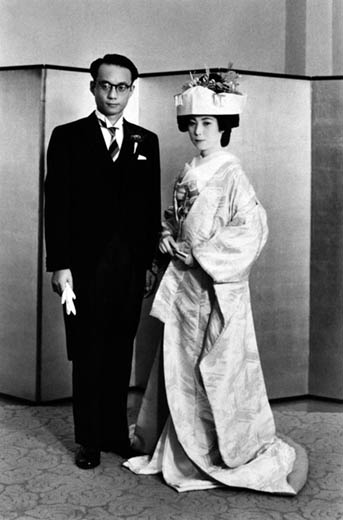 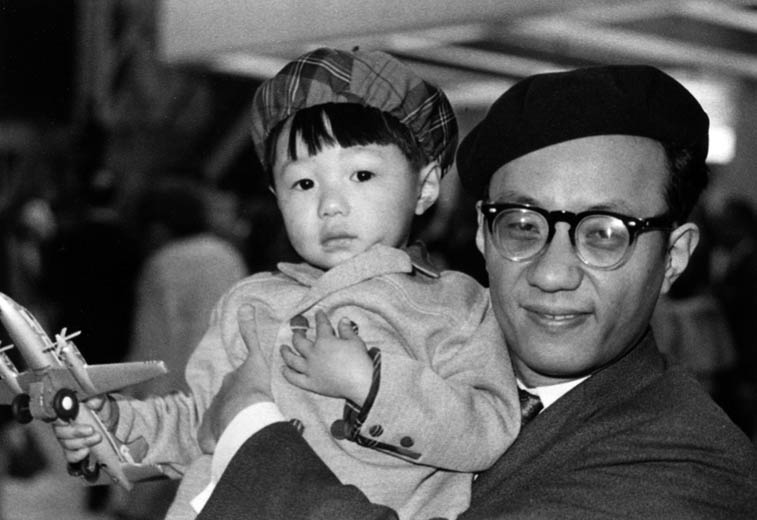 Mako holding a plane (April 18, 1964/Haneda Airport)
Tezuka Osamu's oldest son, Makoto.
Tezuka Osamu was flying to the US to report on the New York World Fair. His family came to see him off. 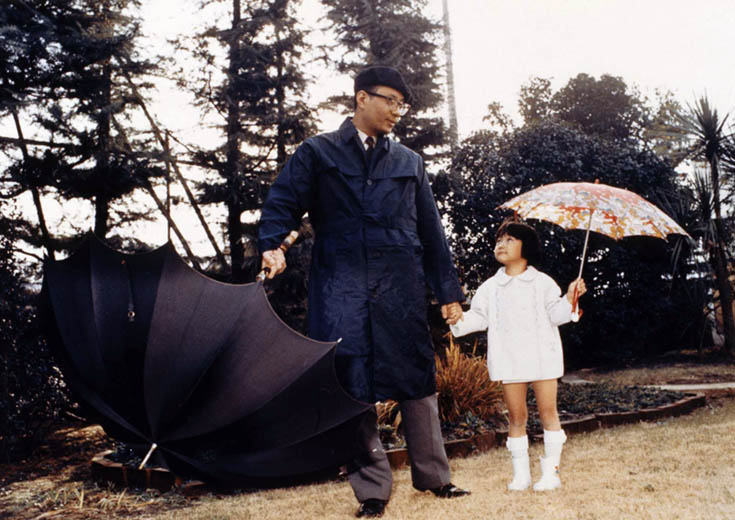 Dad and Rumi with umbrellas (1960s/in the garden of Tezuka Osamu's house at Fujimidai)
Tezuka Osamu's oldest daughter, Rumiko. The photo was an advertisement for a magazine.