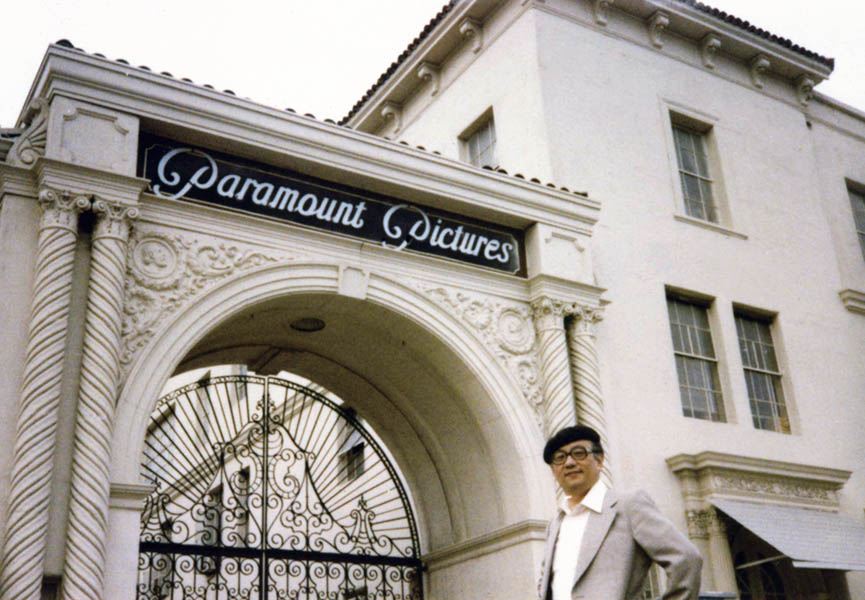 Tezuka Osamu in Hollywood (March 1978/Hollywood, USA)
Tezuka Osamu visited Hollywood to do a location shoot for the TV program 'World Now - the real Hollywood.'
He is standing in front of Paramount Studios. 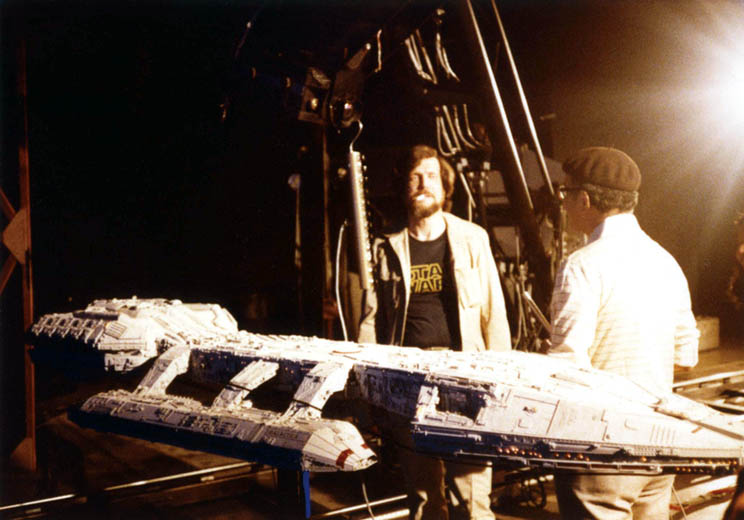 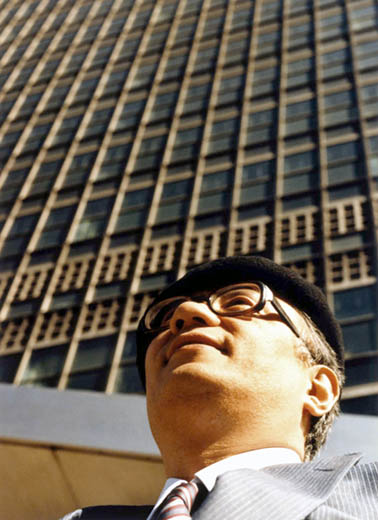 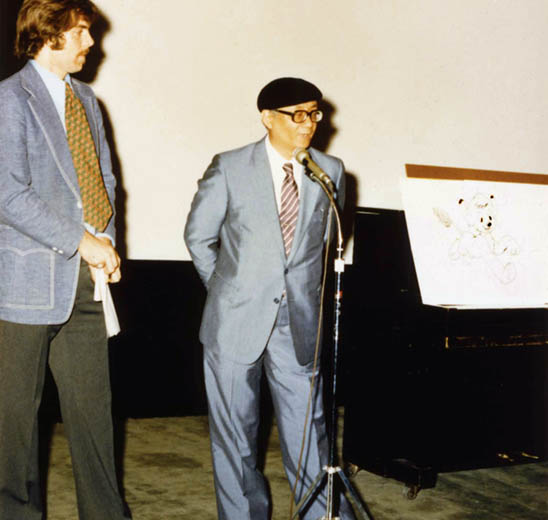 Manga ambassador (March 18, 1980/New York, USA)
As an ambassador of Manga,
Tezuka Osamu lectured at universities
throughout the US on Manga culture in modern Japan. 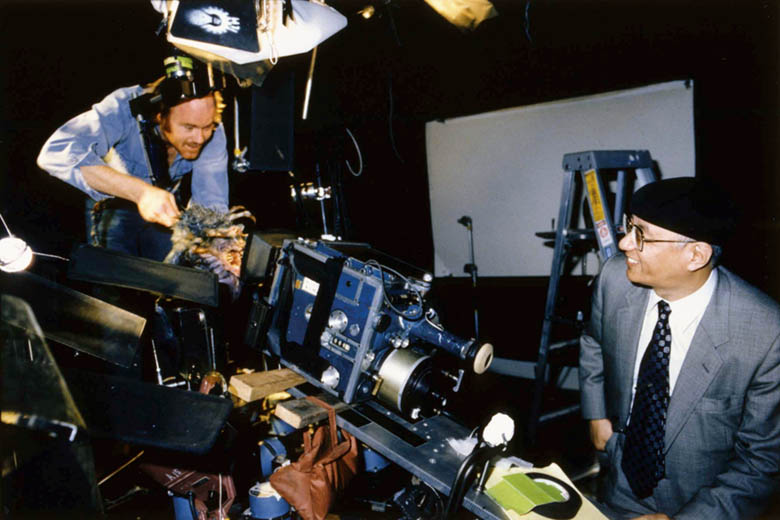 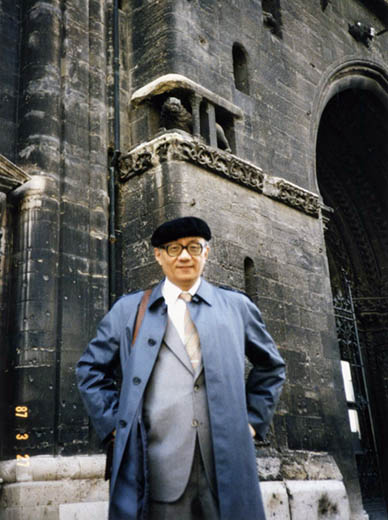 Tezuka Osamu in Vienna (March 27, 1987/Vienna)
Tezuka Osamu visited France at the request of the Ministry of Foreign Affairs. He then traveled to Vienna. 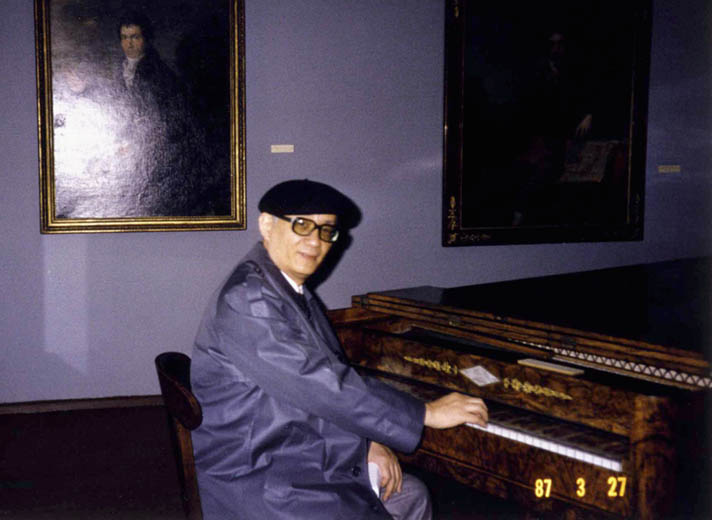 Ludwig van Beethoven' piano (March 27, 1987/Vienna)
On a visit to the home of Beethoven. 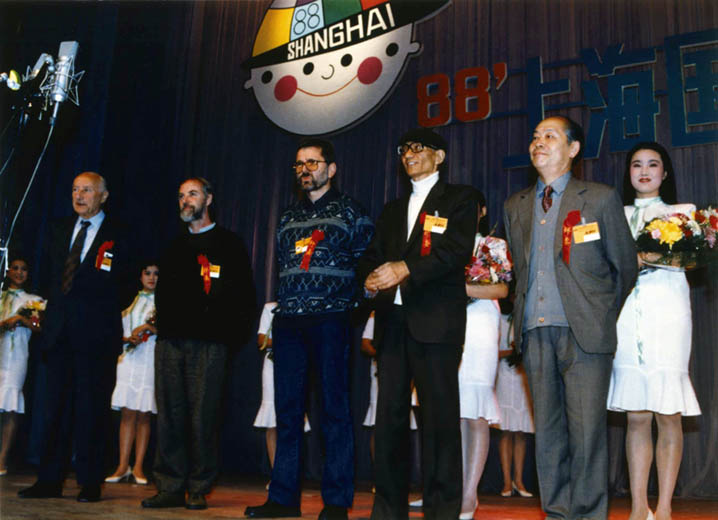 Shanghai smiles (November 1988/China)
Tezuka Osamu was a judge at the Shanghai International Animation Festival. This was to be the last work he performed overseas.