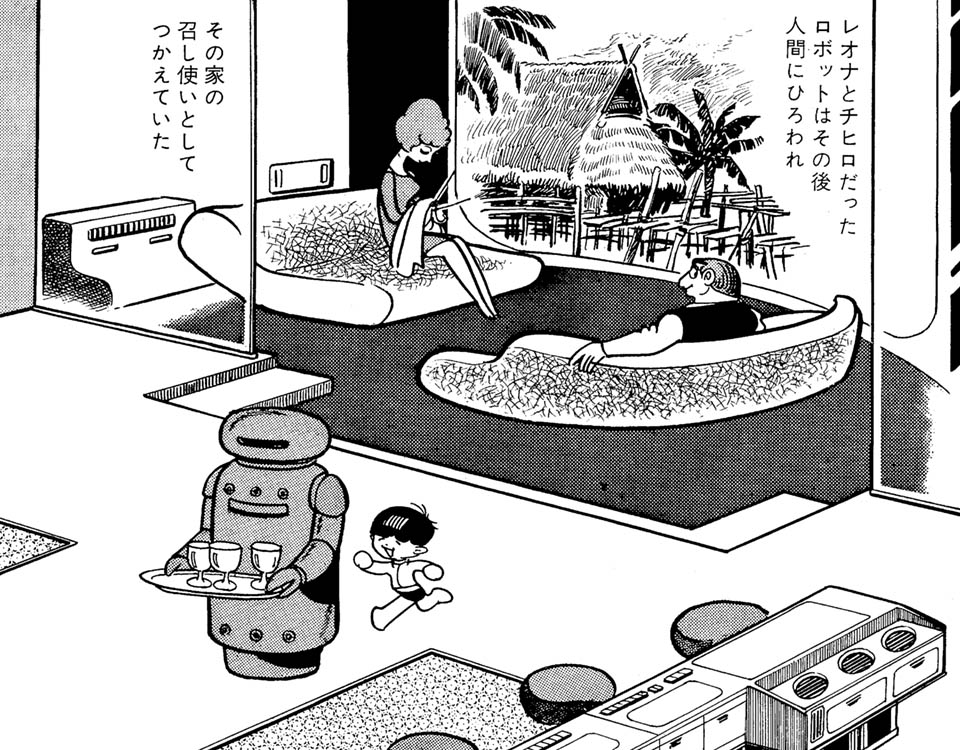 As people come to use computers more and more, humans are freed from the tasks of production and intellectual work. Or perhaps they are actually banished from it, becoming mere slaves of computers. That means that robots may actually become the humans, that they may actually become "the people," including you, of the future.

From "The Android: Astro Boy's Futurism," an essay that appeared in the Weekly Yomiuri

Robots that can do all kinds of housework become widespread, and mothers are released from household chores. And then, one day, the childrearing is also left to the robots: children are brought up not by their parents but by machines. Is this the rosy future that we've all been looking forward to? People are only able to grow mentally through contact with others. If this is really true, then our world may be heading into a really dangerous direction: a world where children no longer need to go to school thanks to the mainstreaming of Internet classes is already becoming a reality, no longer just a far-off thing of the future. 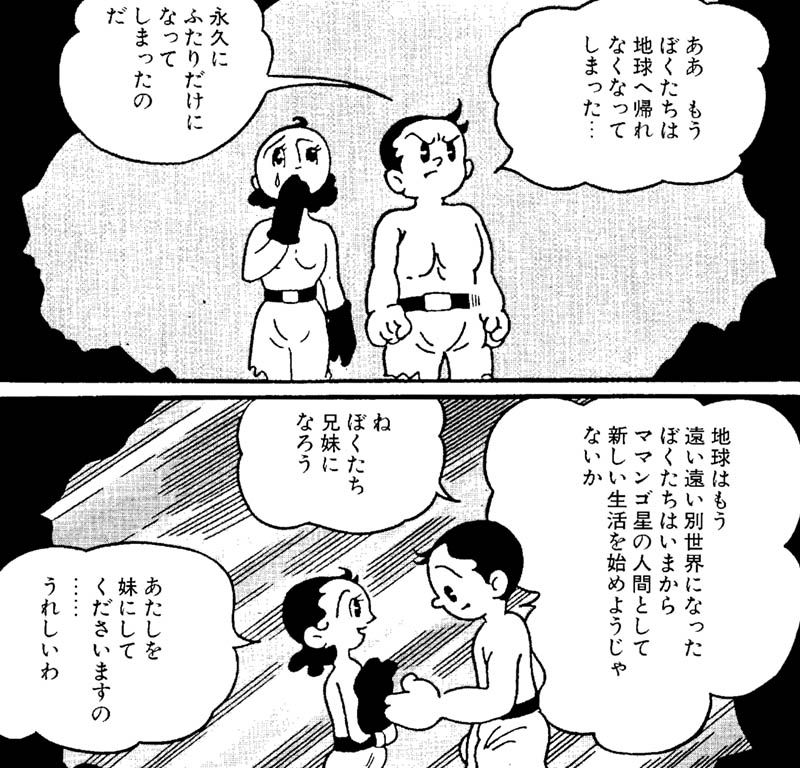 I would like to show my respect for new life forms that, following the destruction of this world, take up the challenge of living toward nature.

From "Jungle Emperor Leo and Me"

Far away from the earth, the hero of the story and a "plant woman" are stranded alone on an unknown planet. Have they really lost their whole future? No, they haven't. Overcoming their despair, the two turn to the future ahead. It's not a pre-determined future for them, but rather one that they create on their own, from scratch. And this is not merely a science fiction Manga: it is actually reflected in each and every one of our own personal stories. It's easy just to sigh and give up on having any dreams for the future, but it's also the least interesting you can do. It's far better to make the decision to build your own future by yourself. If you can do that, then every day becomes more fun and full of the meaning of life. 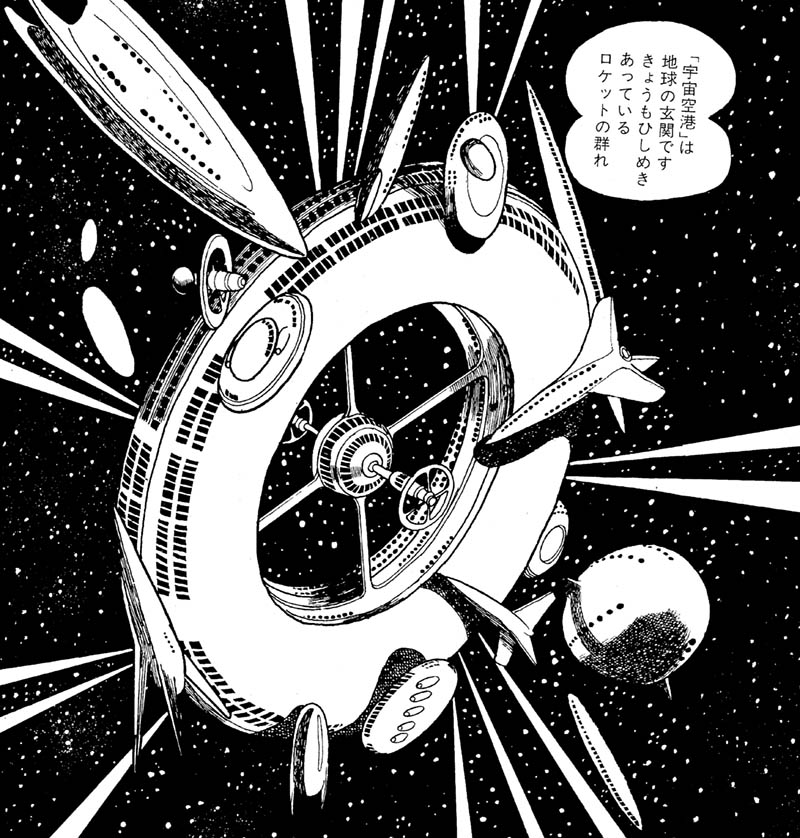 Scientific progress is truly something to be happy about, as it makes many peoples' dreams come true. Man has been able to land on the moon, and that's just one step toward the universe, which remains limitless in its vastness. Still, we must not forget that progress in science has also caused great loss of life, including human life.

Right from the beginning, many science fiction stories have depicted how humans would someday advance into space. At present, construction has begun on space stations, and 30 years from now, people will actually start living in space. That's really a wonderful future for mankind, isn't it? It means that the possibilities for the human race will then really be as vast as the universe. And by living in space, we'll be able to solve problems like the depletion of the earth's resources and the population explosion. But the truth is that mankind has a history of having this very same type of dream: of expanding into previously unexplored lands and continents, and of taking the lives and destroying the culture of the people who lived there first. It could be that our rosy future may be just the beginning of more wars between races. To make sure this doesn't happen, one of the most important things right now is to ensure that people progress mentally and spiritually as well, so as not to lose out to scientific progress.