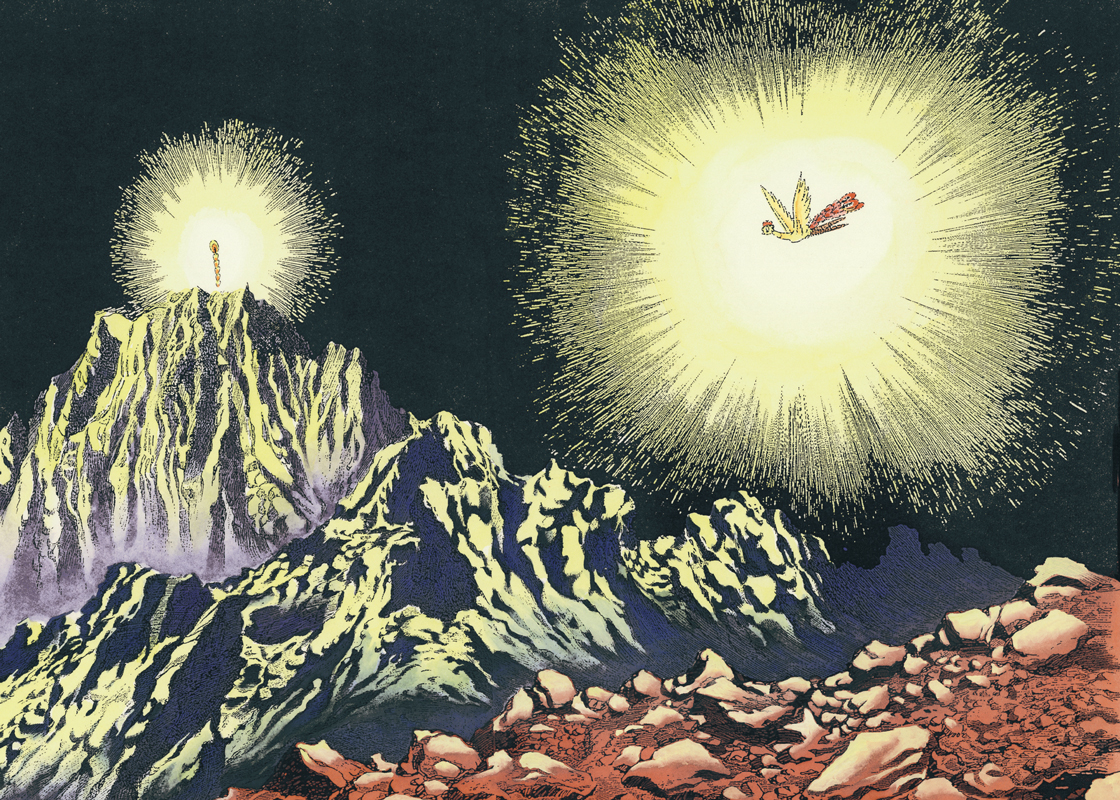 This is Part 6 of Tezuka Osamu's lifework "The Phoenix," which appeared serially in the magazine "COM."
In the year 2483, Leona is resuscitated by Dr. Nielsen after "dying" in a traffic accident, and represents a groundbreaking experimental case of the dead coming back to life.
In a post-operative development, however, Leona begins to perceive human beings as ugly inorganic substances.
Then one day, Leona meets a clerical work robot named Chihiro.
Although Chihiro is an expressionless, cold robot made of metal; Leona has the illusion that she is a beautiful woman.
Leona begins to love Chihiro, and Chihiro, who should have no emotions, also starts developing feelings. After running away with Chihiro so that the two can marry, Leona meets black marketers involved in smuggling space immigrants.
Doc Weekday, who is the physician overseeing the black marketers, creates a robot by combining Leona's and Chihiro's minds in response to Leona's last words. This is how Robita, a robot with feelings, is born. 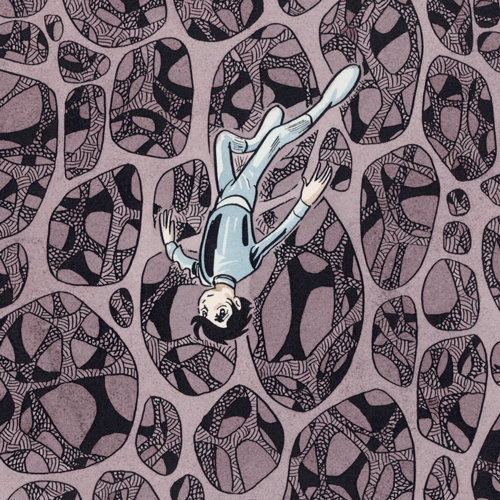 In this chapter, entitled "Resurrection," Tezuka Osamu takes up the challenge of expressing in Manga a world characterized by the subjective perception of human beings. The story line, in which a beautiful woman and an admirable gentleman look cloddy while an inorganic robot looks beautiful in the eyes of the protagonist Leona, is an illustration of Tezuka's success to this end. In one scene the two appear to be on a date by the side of a creek, but are in fact enjoying time together by the side of a smelting furnace. This shocking scene vividly symbolizes the subjective world that humans create.
This work tells the story of the birth of the robot named Robita, appearing in the chapter entitled "The Future." In the story, even robots are part of the world of metempsychosis, in which the dead reincarnate as different beings. 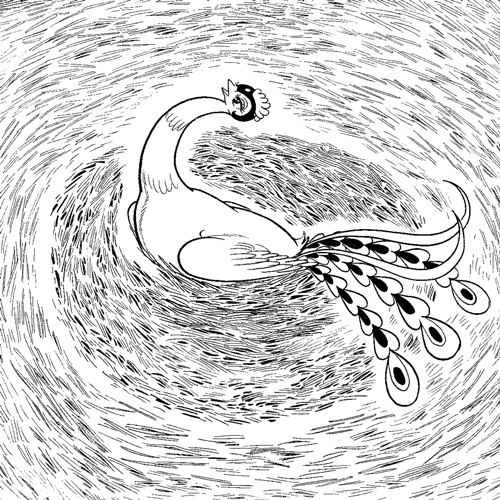 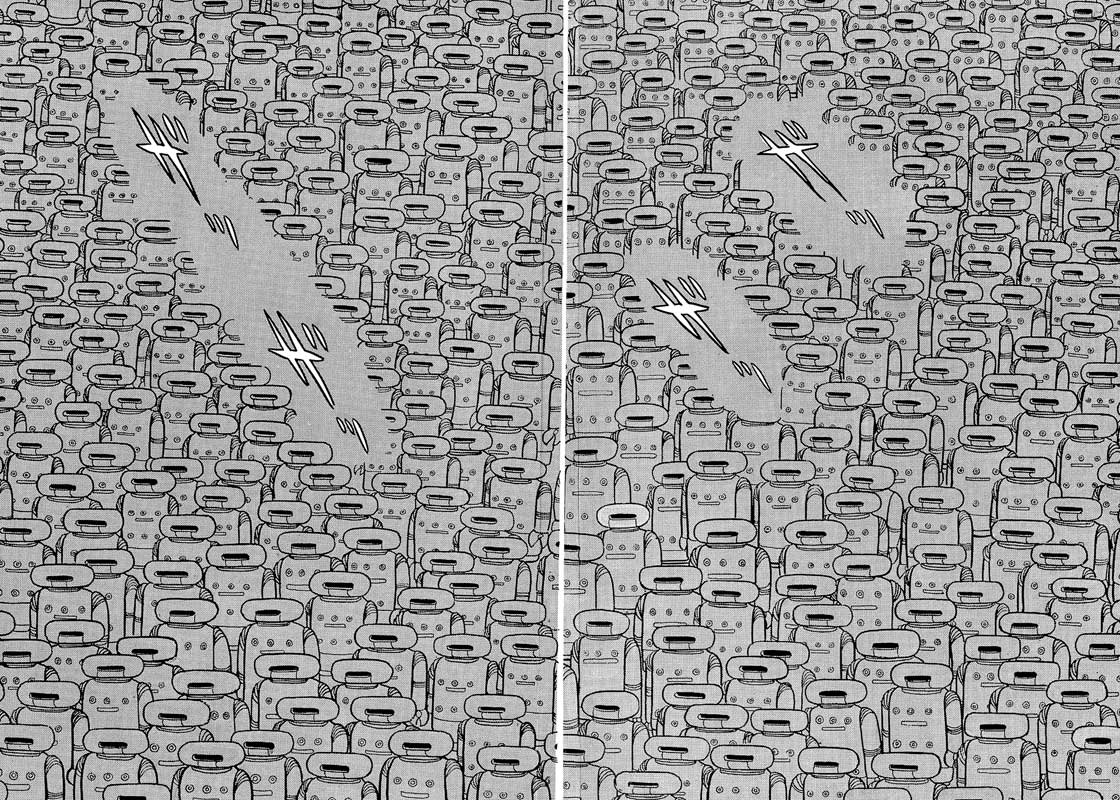