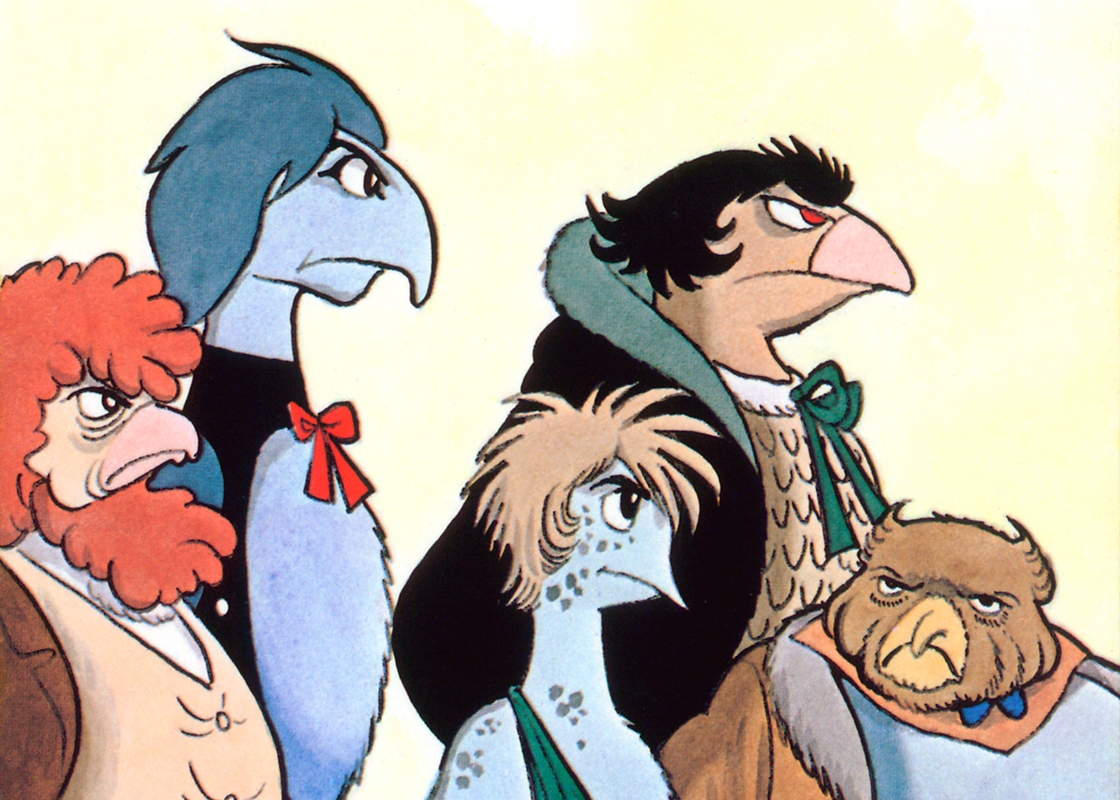 Rise of the Birdmen

"Rise of the Birdmen" is a science fiction Manga depicting an imaginary future society in which evolved birds control humans. One day, the birds on the Earth suddenly gain intelligence and attack humans so that they may rule the Earth.
It is the plot of advanced bird-like aliens of a faraway planet. The birds deal with humans as livestock. They succeed the human civilization and build a more advanced world with countries, laws, currency systems and class. But all this means that the birds are following the same path that humans have. Then confrontation between the meat eating birds and the insect-and-grain-eaters. Their societies begin an endless war against each other.
In the meantime, on another planet, aliens start discussing which creature should replace the birds, the current ruler of the Earth. What will their conclusion be? 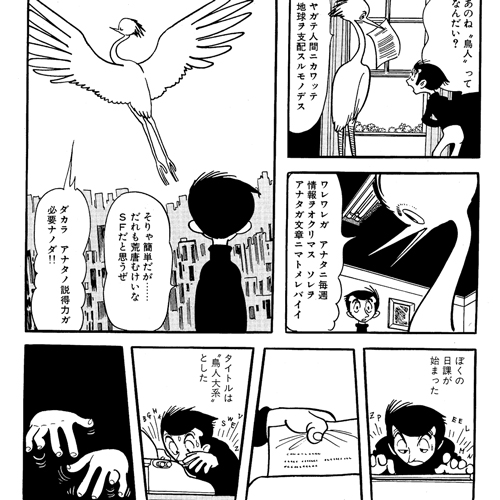 "Rise of the Birdmen" was published in the science fiction magazine "SF Magazine." Before this work, Tezuka Osamu serialized a short-short story, "SF Fancy Free (1963-64)," in that magazine. But as for this work, he aimed to write a full-scale long story from the beginning,
Although only seven pages of Manga appeared in each monthly issue, he devoted considerable time and energy to this work. He received fan letters even from overseas as well. Tezuka Osamu, fully aware of the taste of such overseas readers, drew Western-style pictures and used English onomatopoeia. 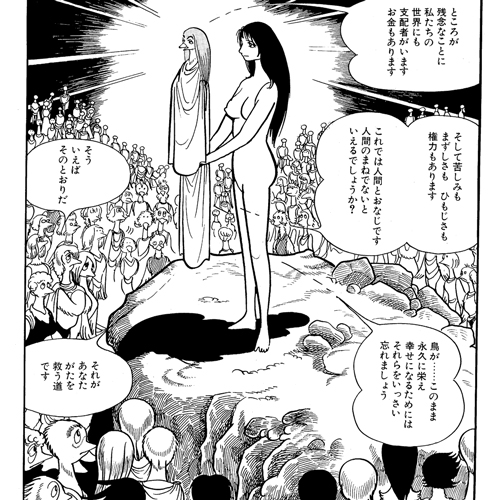 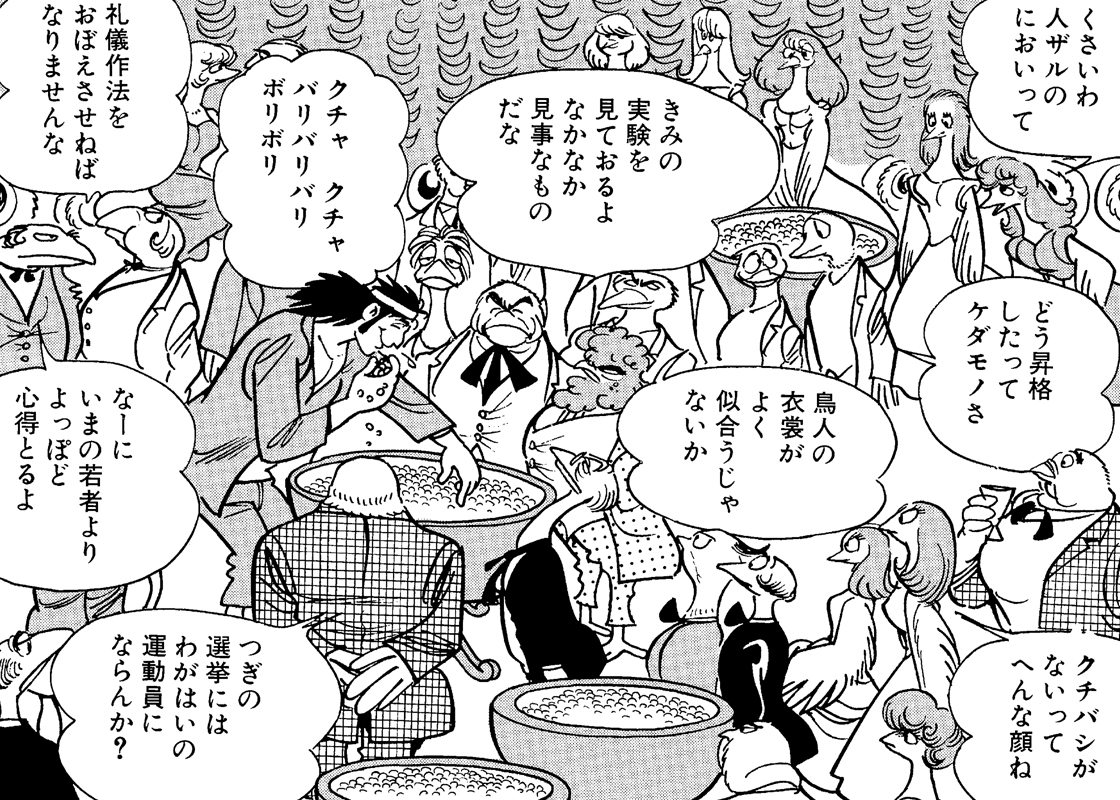