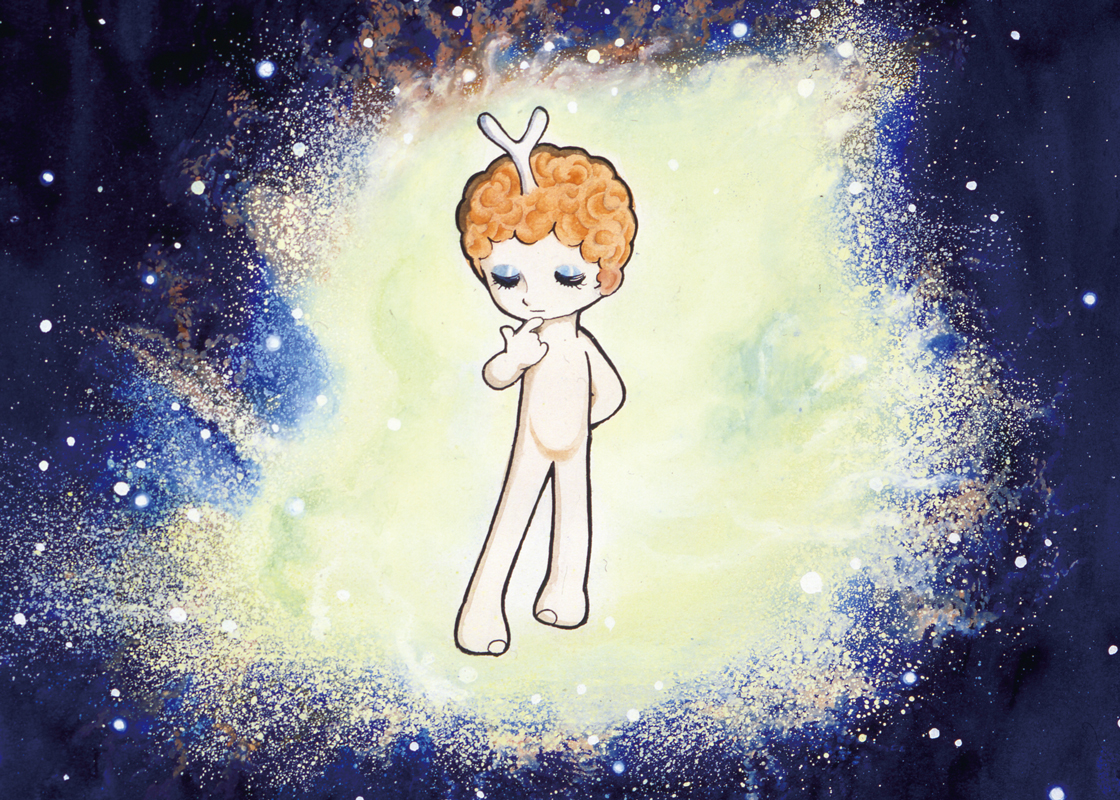 This is the first part of Tezuka Osamu's lifework "The Phoenix" to appear after switching publications from "COM" to "Manga Shonen."
The story line of this chapter begins with the death of George in an accident shortly after he and his lover Romi begin to live a new life by themselves on the desert Planet Eden 71.
Romi was pregnant with George's baby at that time.
Having decided to protect the planet and her child by herself, she repeatedly shuns the world to try to have descendents with George's child. She tried many times but could only have boys. After isolating herself, she wakes up to find an affluent town named Eden.
Phoenix had let an amorphous cosmic creature named Moopie have children with the Romi's descendents. Romi becomes the queen of Eden, but gradually begins to long for earth.
One day, an Eden boy named Com comes upon a mysterious spaceship made of rock in the prohibited deep mountains. Together with Romi, Com departs for the earth of his ancestors that he has never seen. 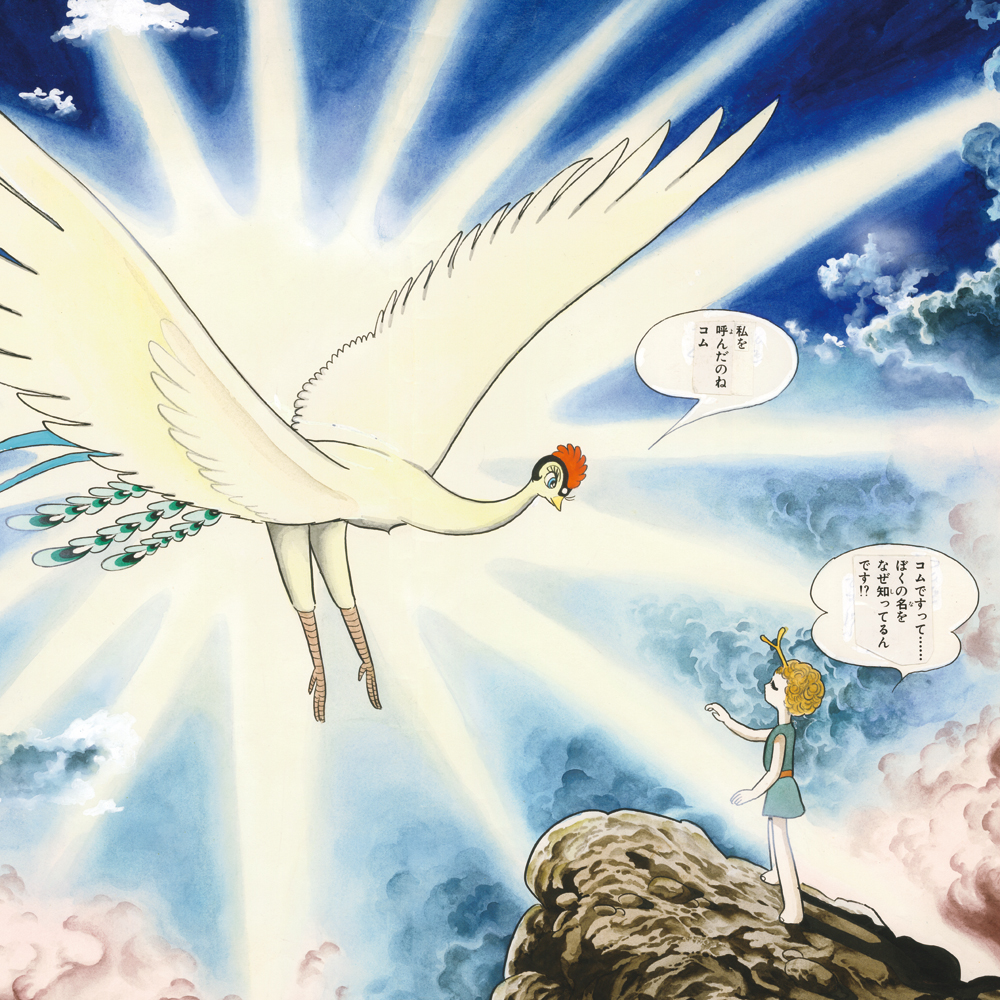 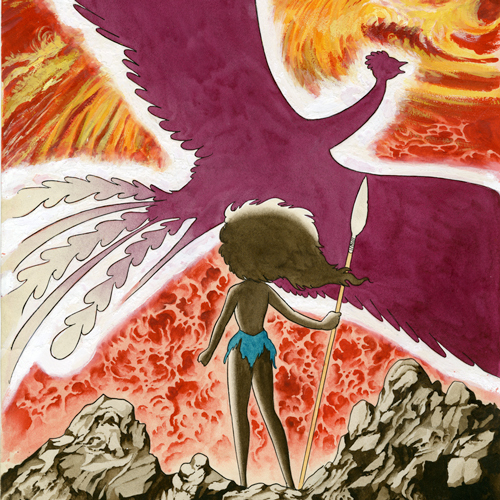 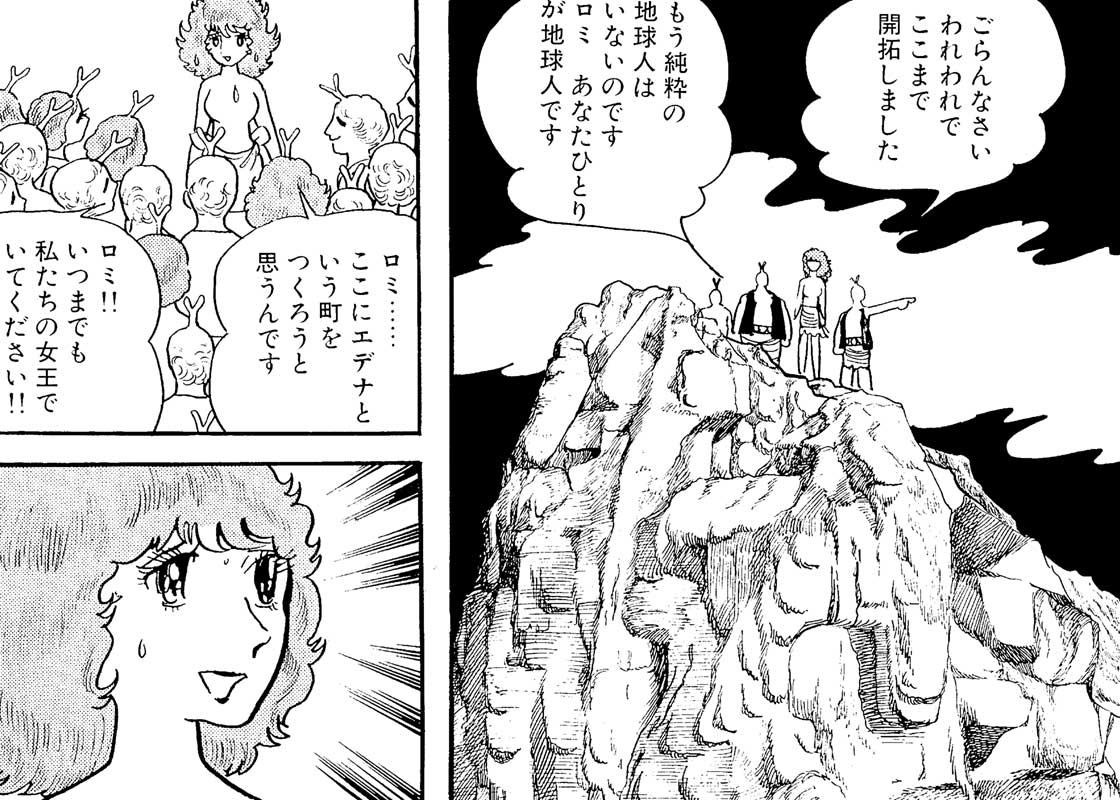