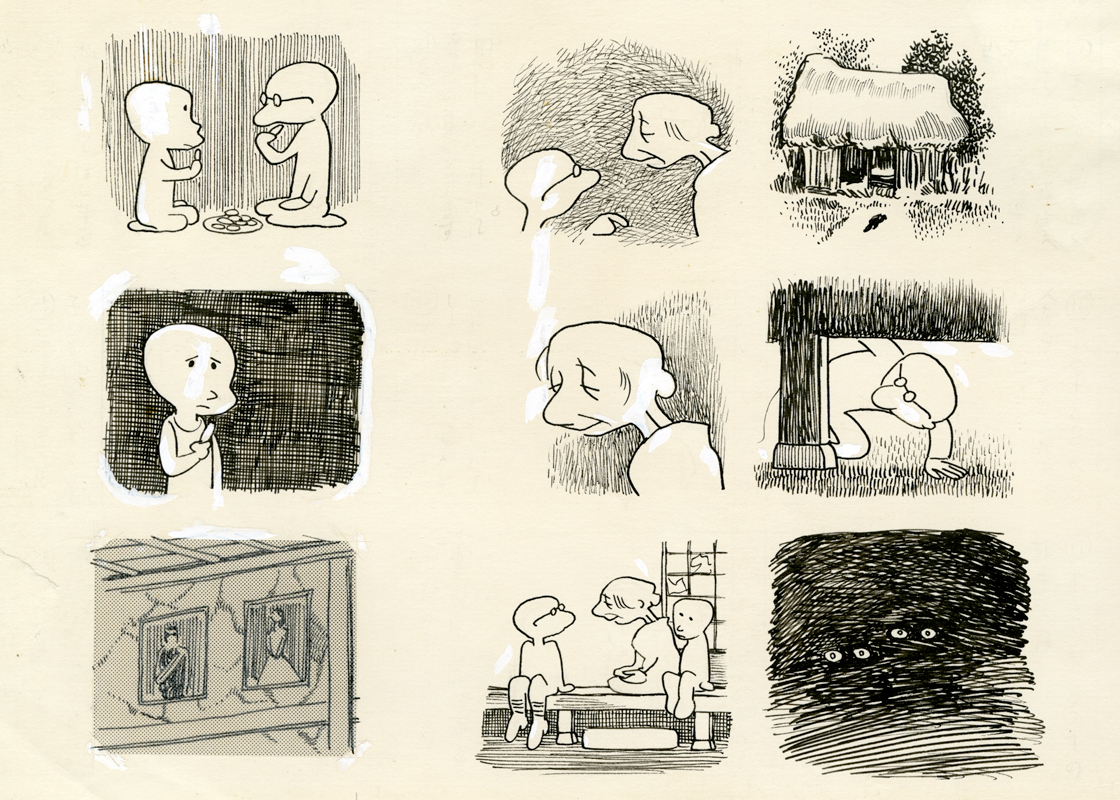 "Idle Animal Essays" is a very short story that combines narrative with a sarcastic touch delivered through animals. Beginning with the monkey in the first episode, a different animal is featured in each story. Tezuka Osamu used various writing and drawing techniques to depict the unique characteristics of each animal. At the time, this work was noteworthy for its experimental cartoon form. Of particular interest are the second episode "Raccoon Dog" and the eleventh episode "Horse" because Tezuka Osamu used his hometown Takarazuka as a backdrop for the narrative of the Manga in these two episodes. 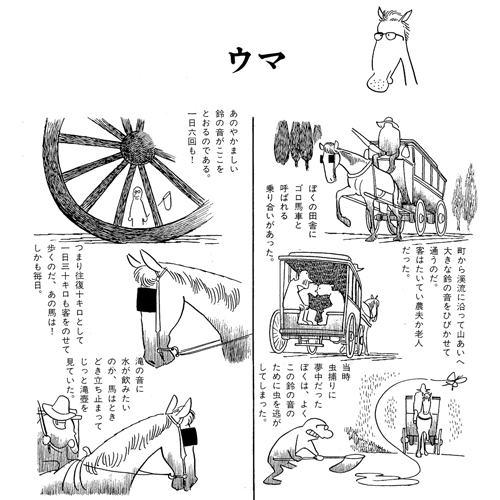