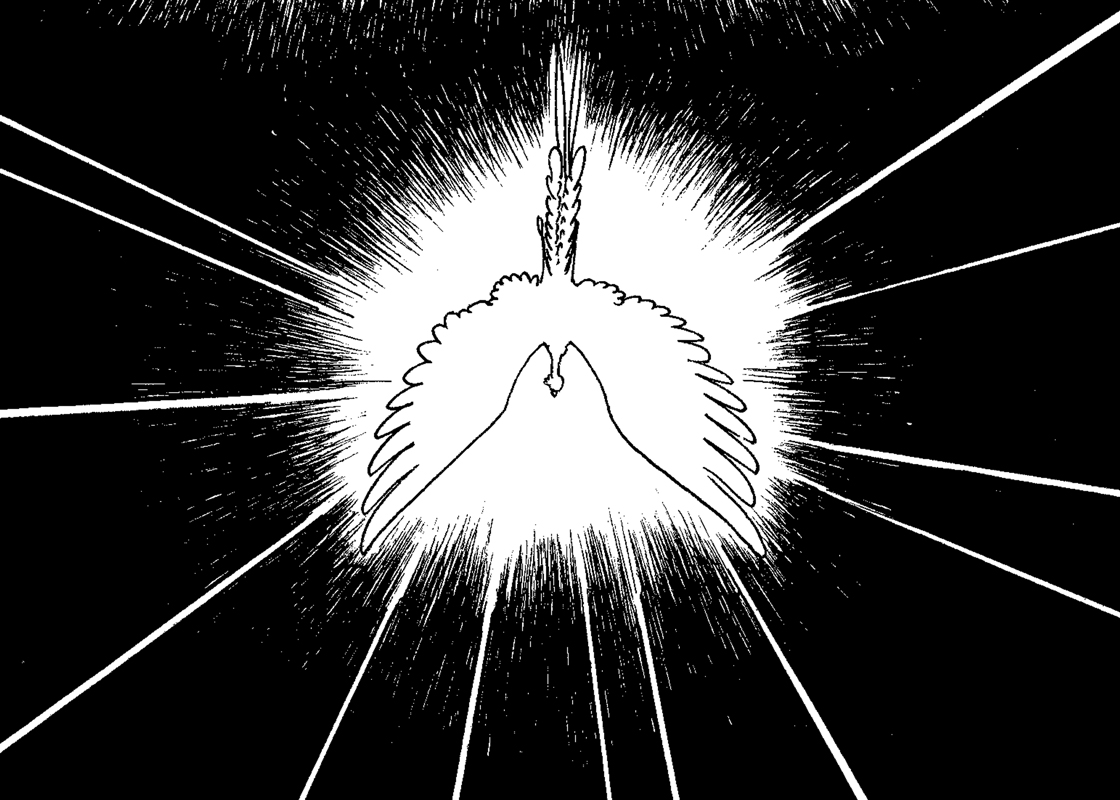 This is Part 3 of Tezuka Osamu's lifework "The Phoenix," staged in the very beginning of Japanese history.
In 5th century Japan, Prince Oguna of Yamato departs for Kyushu to conquer Kumaso.
Oguna, however, had an additional motive in mind: to obtain the elixir of life, the lifeblood of a Phoenix, for the people who are to be immolated on account of his father's death.
After entering the country of Kumaso, Oguna is attracted by the personality of Takeru, the King of Kumaso, and also falls in love with his younger sister, Kajika.
However, appearing in front of Oguna, the Phoenix orders him to kill Takeru and go back to Yamato.
Oguna goes back to his country with a cloth soaked with the Phoenix's blood. Although he tries to stop construction of a tomb for the king and the immolation, he fails, and is to be buried alive. He then lets the people who are to be immolated taste the blood of the Phoenix. Even after he is buried alive, he continues to sing a song against the immolations from underground. 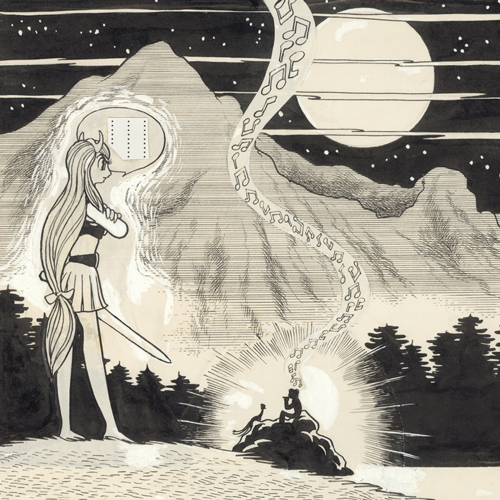 In Part 3, the human instinct to attempt to leave one's mark behind is colorfully pictured against the background of a country ruled by a few prevailing powers.
The significance of the Phoenix as a presence transcending good and evil is even more clearly delineated here: the Phoenix is never directly involved in human struggles, but merely observes from high above, in an air of perfect composure.
The powerful Kumaso clan in Kyushu in "Yamato" is positioned as the descendents of Takeru who survive from under the ground in "Dawn." In other words, in the main chronological flow of the "Phoenix" series, which interchangeably depicts the past and the future, this chapter follows " Dawn." 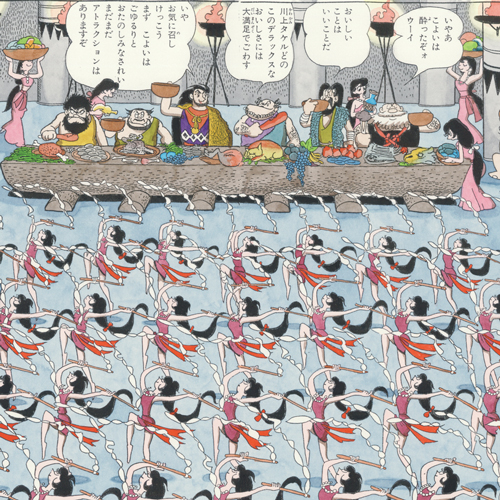 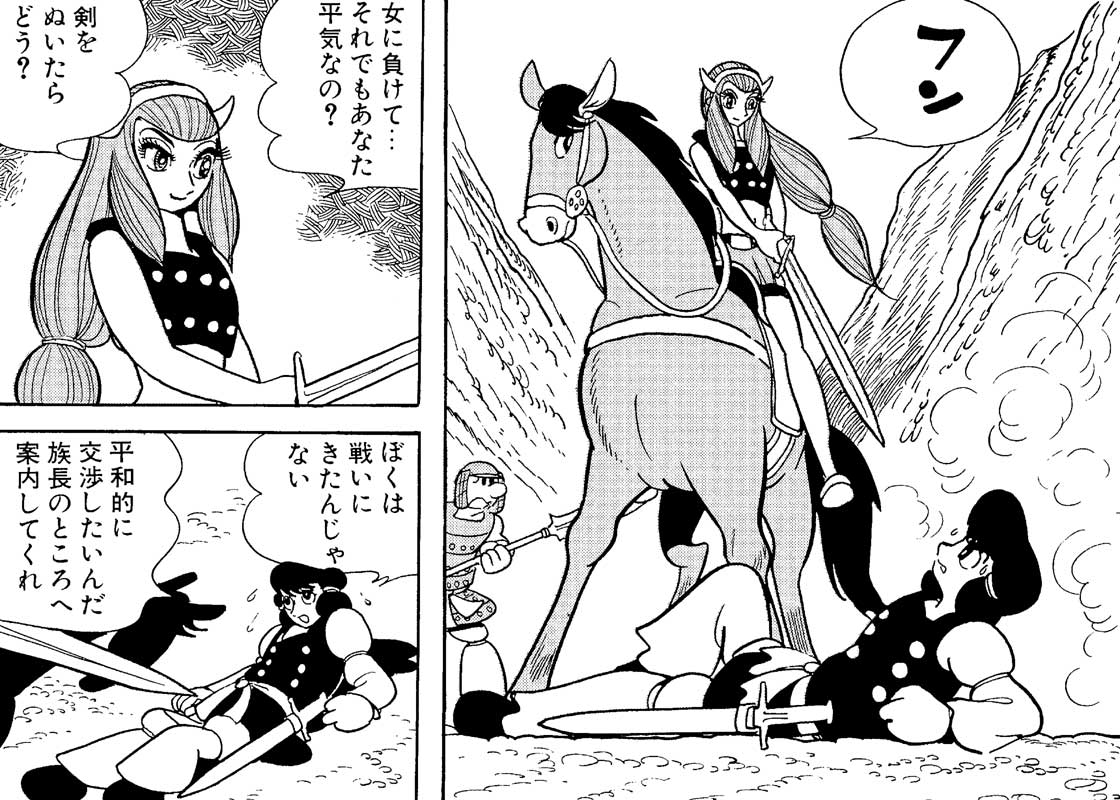