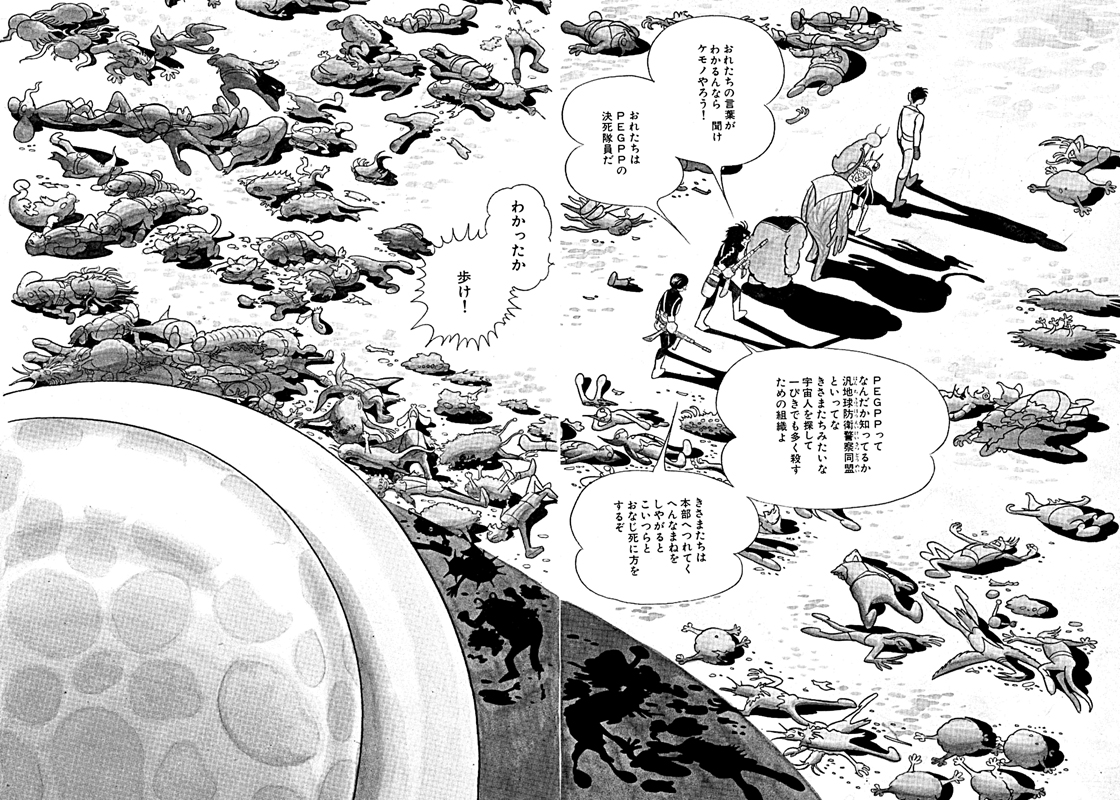 Sometime in the future, Mishima and Ushio are part of suicide squads of the Pan-Earth Protection Police Alliance, fighting against aliens. They have just attacked a spaceship that has landed in a desert, killed 200 aliens, and are holding 5 as prisoners.
But by Mishima's mistake, the prison van is damaged, and the seven people have to walk to the headquarters across the desert without water or food.
Despite Mishima's bitter treatment, some aliens slice their flesh to offer it to people as food and others offer water contained in their bodies. By doing so, they die one by one while traveling. Impressed by their willingness to serve others at the cost of their own lives, Mishima starts to realize that his hatred for the aliens is wrong. 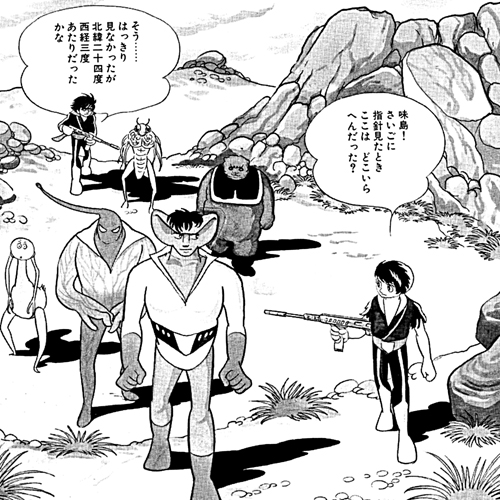