Yoshihito's mother is leading a traveling company. Their play featuring chivalrous spirits, called "Murakumo Chogoro," is popular in the country. The story was actually written by Yoshihito's father, the deceased former leader. Yoshihito travels from Tokyo to the performance venue over the weekend and watches his mother play. Yoshihito adores the gangster that his mother plays on the stage, and begins to hang around with a delinquent group at school. Following the advice of a drama company member who becomes worried about Yoshihito, the mother decides to break up the company and live with her son in Tokyo. Just when she is making up her mind, Yoshihito is swallowed by a snow-fed flash flood at a tourist site. She helps him, but is wounded in the process, hospitalized, and loses consciousness. The members of the drama company run about, looking for a TV station that would broadcast their "Murakumo Chogoro" to let Yoshihito's mother watch it from her bed. 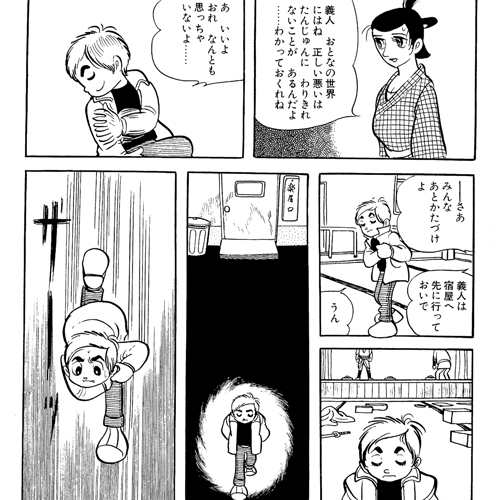