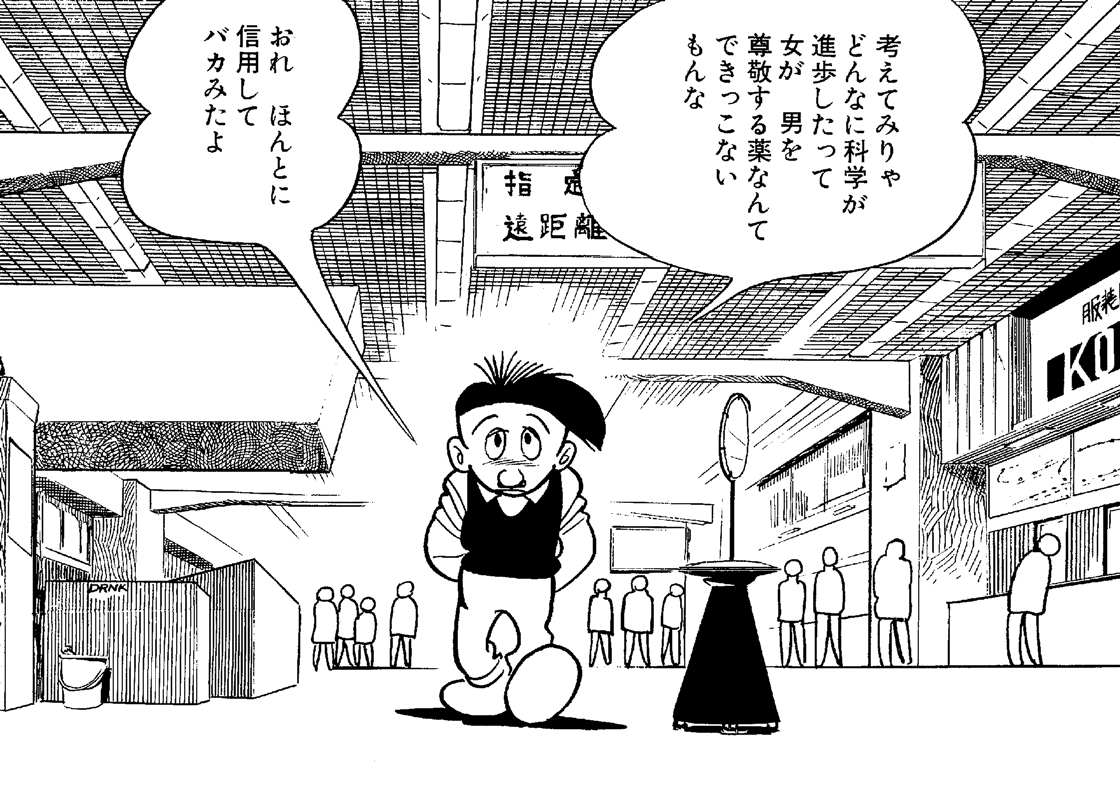 The Sweet Smell of Success

In an age dominated by females, a man who has always been oppressed by his wife takes a drug that his sons develop. After that, the smell of the man's farts starts to mesmerize women. Women soon gather around him wherever he goes, each one trying to monopolize him. Eventually, even a female hijacker appears and demands that he be handed over. (Although this is nonsense gag story aimed at young people and featuring the leading character of Tenka Taihei (who appeared in "Rally Up Mankind!"), the work, in every respect, is not really suitable to a boy's magazine. Tezuka Osamu himself admitted that it was trash). 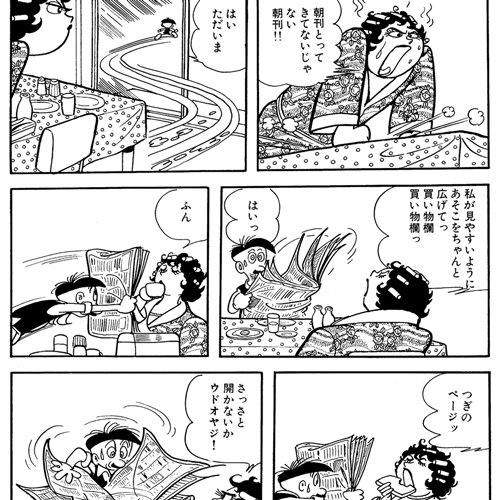 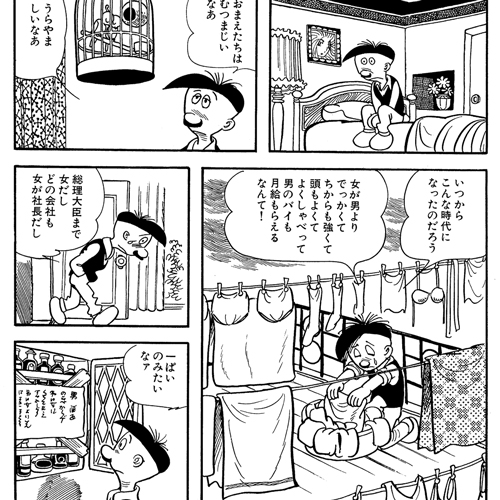 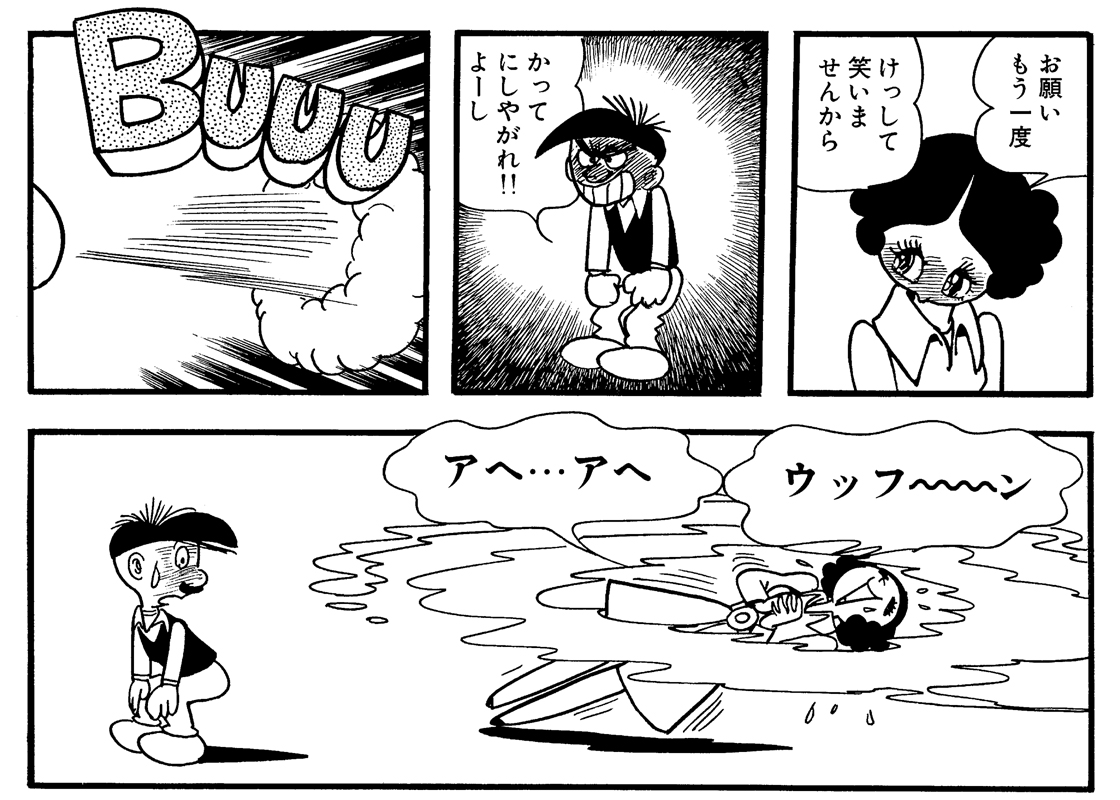