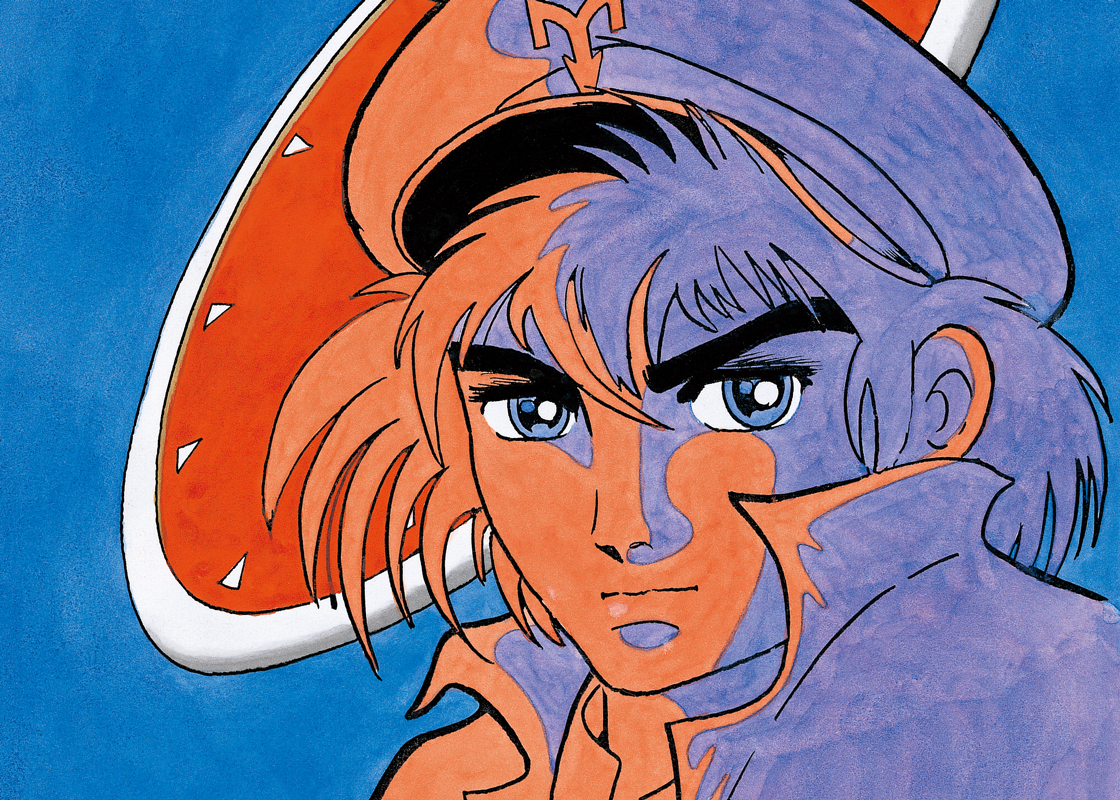 This is a suspense drama depicting odd passengers that a taxi driver encounters while making his midnight rounds.
"The night has a myriad of different faces, and there is a man who peers into them one by one. His name is Midnight."
Starting with this prologue, each independent episode tells us about the strange passengers that the central character Midnight encounters. Midnight drives a specially built taxi: it has a fifth wheel underneath the chassis that enables him to navigate any roads. The taxi and Midnight are one being, and no one but Midnight can drive it.
But why does he choose such a lonely occupation?
He works as a taxi driver because at one point, when he was leading a motorcycle gang, he caused an accident while he was driving with a girl named Mari. Because of the accident, Mari went brain dead, becoming a vegetable.
Midnight drives his taxi in the wee hours of the morning, looking for passengers that will earn him money for Mari's treatment. 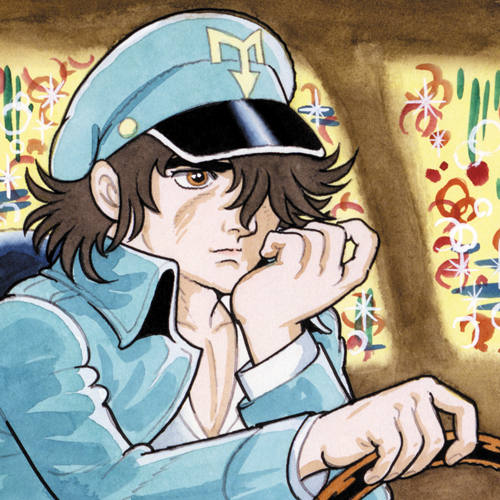 Tezuka Osamu began developing the concept for this work in 1981, and it was scheduled for publication in the 1985 New Year issue, but publication had to be postponed due to his hospitalization with acute hepatitis. The work was published later on, after Tezuka Osamu worked on two serializations: "Regards to Bukkira!" (1985) and "Duke Goblin" (1985 - 1986).
The main character's name, Shinya Mito, is derived from the characters for Shinya (night) and Mito (mid).
The original story line involved science fiction elements, with a robot car gifted with psychic powers playing a central role. However, because there already existed a made-for-TV drama with a similar theme overseas, the plan was changed to focus on a taxi driver and the people he encountered.
The final episode, which had a surprise ending, was not included in the book. 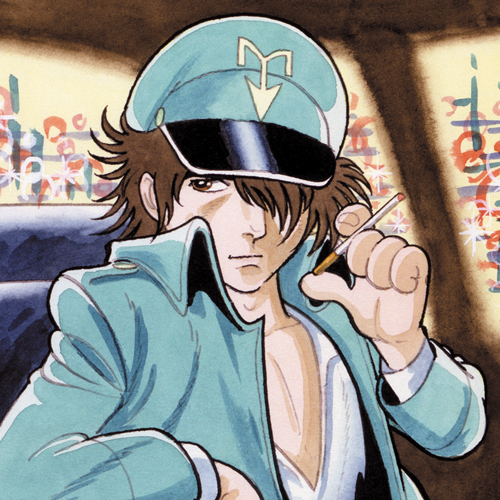 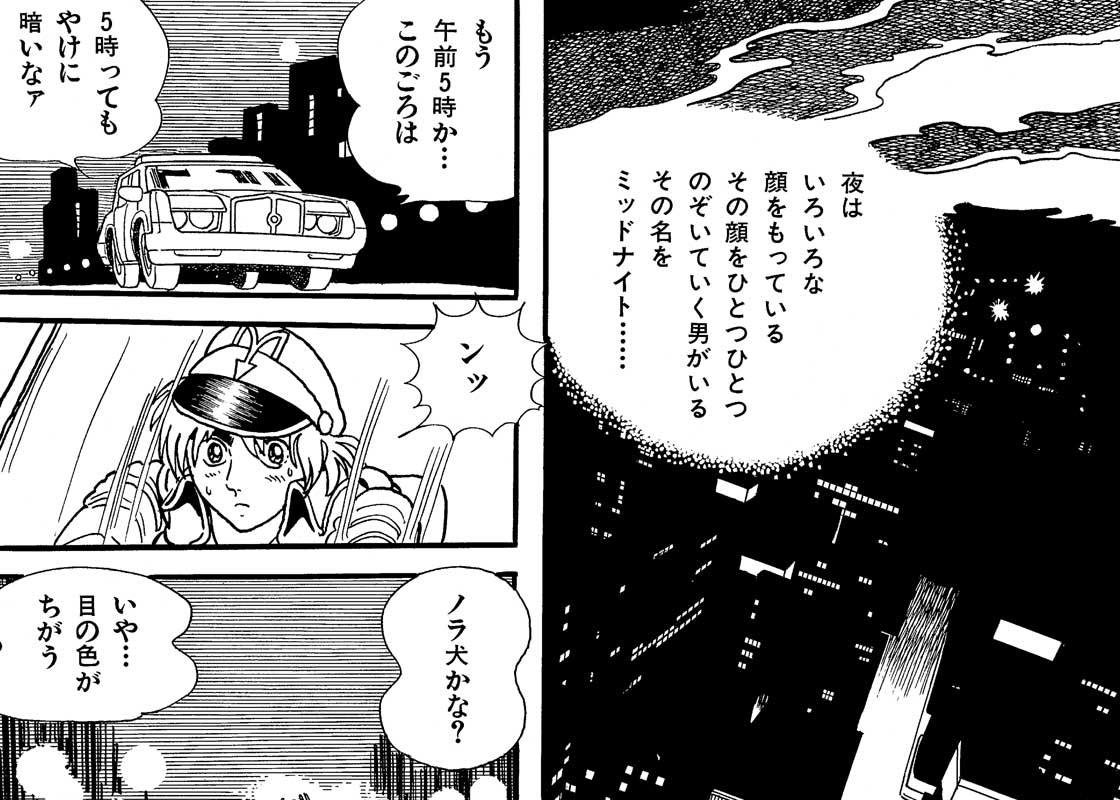