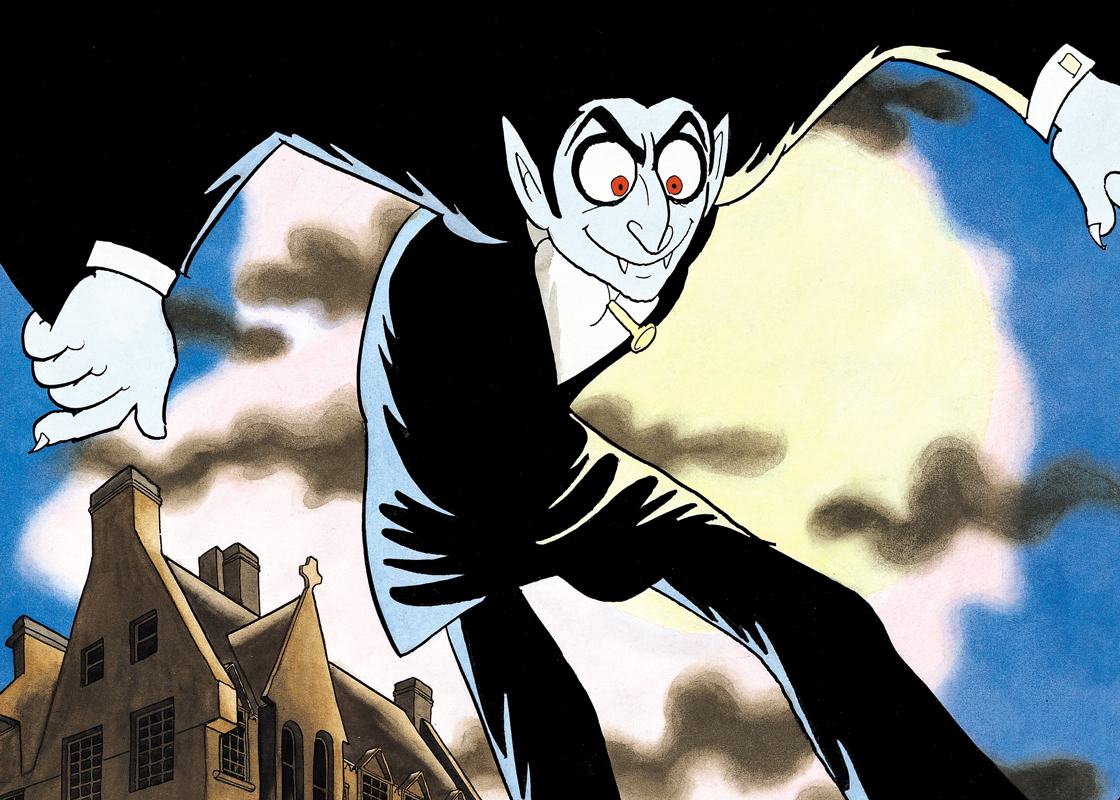 "Don Dracula" is a slapstick comedy depicting scenes caused by Dracula the vampire, who has come to modern Japan.
Earl Dracula has moved from Transylvania to an old Western-style house on a corner of a residential area in Nerima Ward, Tokyo. Together with him are his daughter Chocola, a cute junior high school girl, and his servant Igor, who is fierce-looking but kind by nature.
Although Earl Dracula is a proud vampire who prowls around the town seeking the blood of beautiful virgins, he is always involved in various disturbances and causes troubles for people around him. What's more, Professor Hellsing, his enemy of ten years who has been suffering from hemorrhoids, persistently follows him around. Professor Hellsing has been attempting to exterminate vampires. The Earl is also tailed by a woman named Blonda, from whom Dracula sucks blood for the first time in Japan. In modern Japan, where nobody believes in vampires, the appearance of Earl Dracula and his daughter on the streets causes a big fuss night after night. 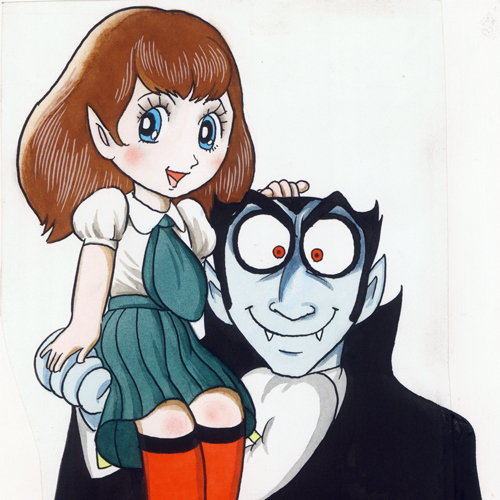 "Don Dracula" is a slapstick comedy that appeared serially in "Weekly Shonen Champion" following "Black Jack." Tezuka Osamu, who didn't want to rehash "Black Jack," aimed to write a completely different type of Manga in creating "Don Dracula." Later, Tezuka Osamu reflected that since he loved slapstick, he really enjoyed writing this work.
At about the same time, the American comedy movie "Disco Drac" (1979) was released. Though the movie contained an episode where Dracula goes to a disco, similarly to events in Tezuka Osamu's "Don Dracula," this was pure coincidence. In 1982, the animated program was first aired as a series of 26 episodes, but only four episodes were broadcasted because the advertising agency in charge went bankrupt. 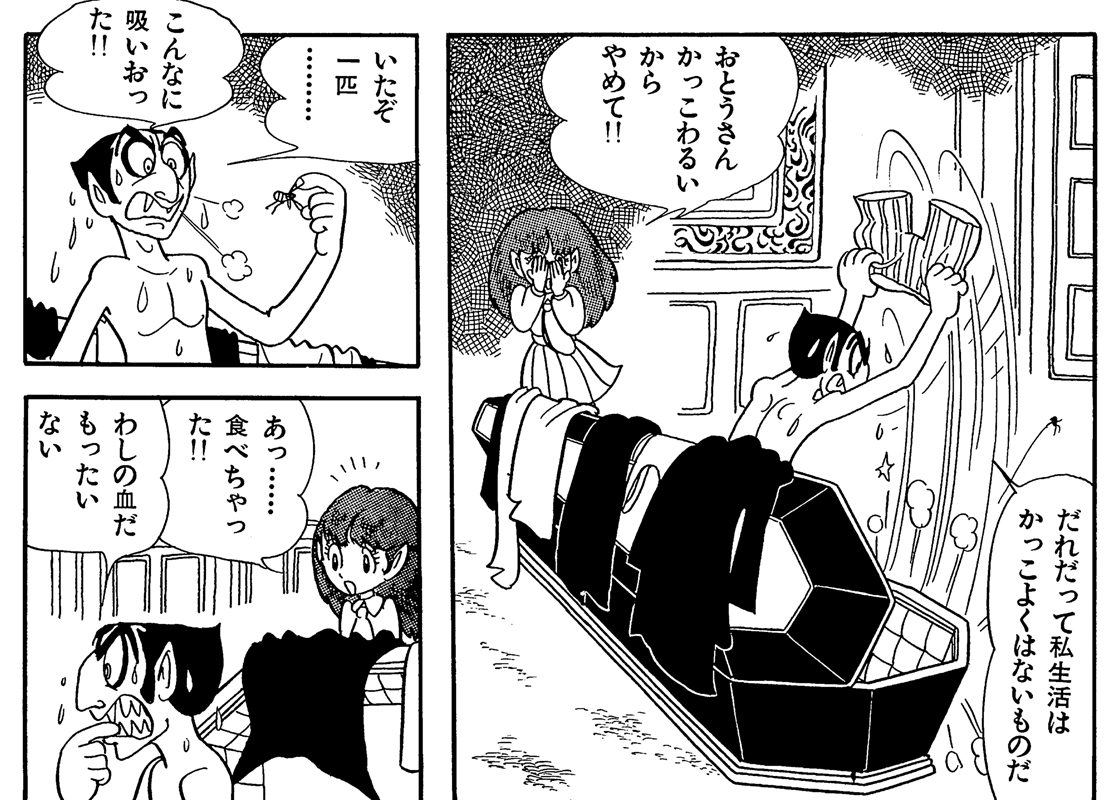