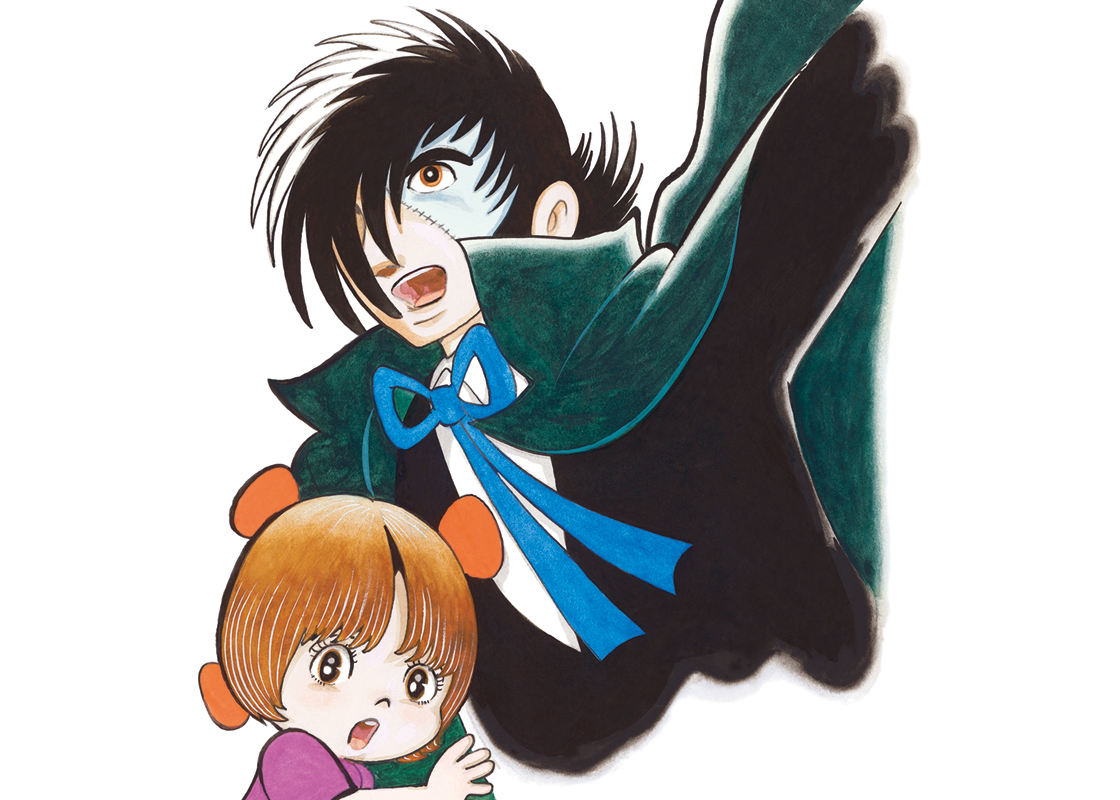 This is a medical drama about a genius but unlicensed surgeon by the name of Black Jack. 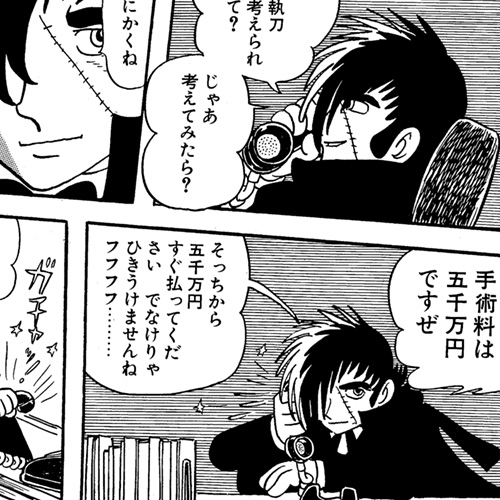 Black Jack is a genius surgeon who miraculously saves patients' life no matter how seriously ill they are. He is also known that he charges huge fees as the compensations. On the other hand, the medical society refuses to admit him as a doctor. They even deny his existence. Black Jack practices quietly at his small clinic located in the deserted land together with his assistant Pinoko, who he voluntarily saved before. Yet patients diagnosed helpless by other doctors visit him with a slightest hope. 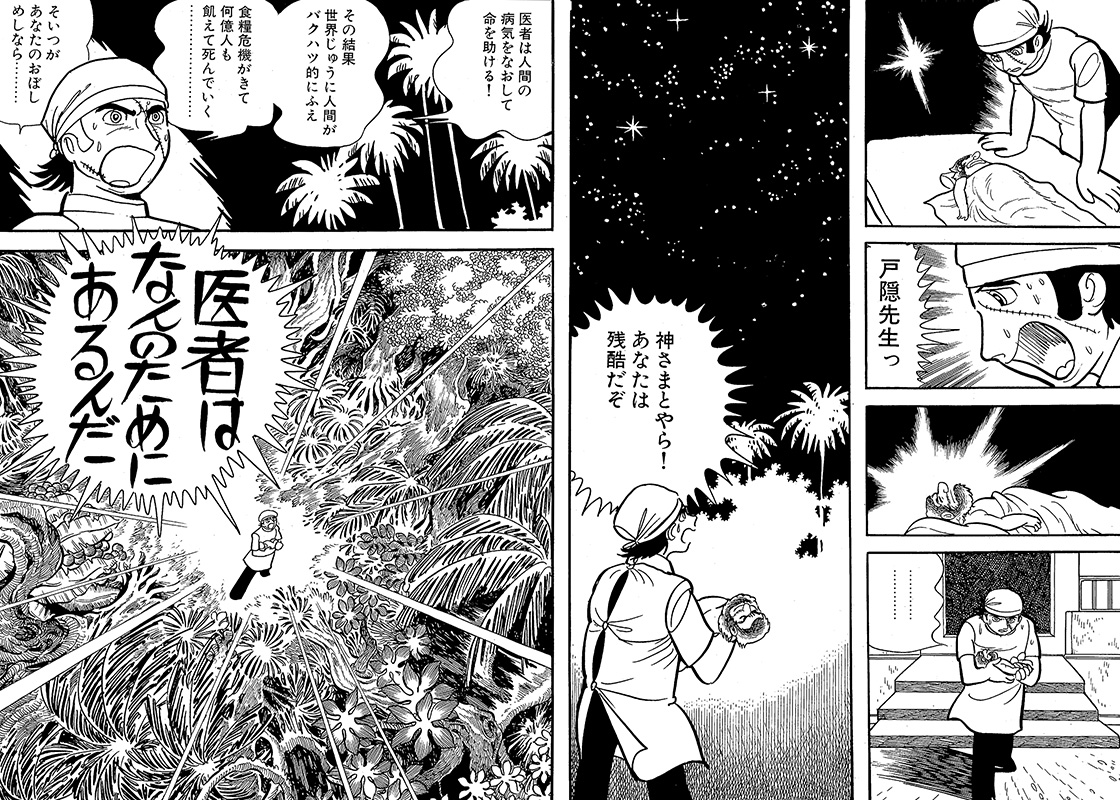 The series mostly consists of one-off episodes featuring life and death issues or people suffering from pain of sickness. Yet the readers find various types of dramas in the series. Some episodes cover a long span of time while some episodes focus just on a couple of hours. It's surprising that it contains a wide range of variations. Surely the readers will find their best or most impressive episode among them.
Tezuka wrote by himself later that he faked a lot of treatments and illnesses in the work. However, the illustrations of organs, the surgical methods, the treatment for patients, and the philosophical standpoint for life - all those elements are still respected by today's doctors. 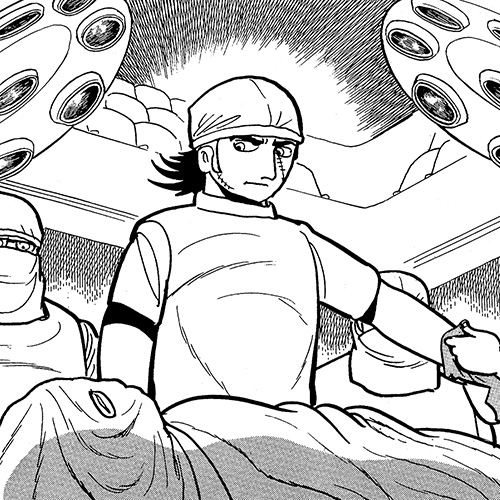 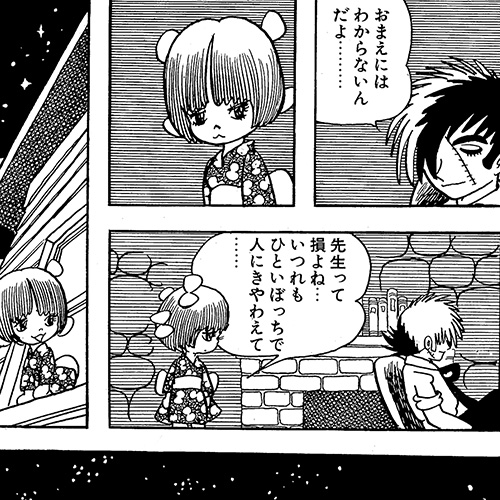 Tezuka Osamu as a man with a medical degree reflected the image of his ideal doctor on Black Jack - the doctor he would want to be if he became a doctor. Originally Black Jack was planned to be serialized for a short period only with five one-off episodes full of Tezuka's existing characters, under the title of "Tezuka Osamu One-man Theater, the 30th anniversary of Tezuka's manga artist life". The work, however, was received well. Accordingly, the serialization lasted for five years with a total of 230 one-off episodes. Also, another 13 episodes were added after the serialization. 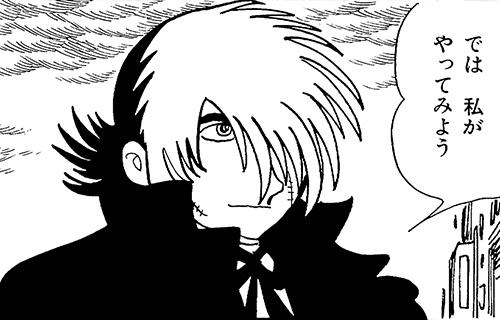 Black Jack, whose real name is Hazama Kuroo, is a gifted surgeon with an excellent skill. He can cover a wide range of medical specialties, from brain surgery to ophthalmology. But the problem is he does not have a medical license. Black Jack is a so-called pirate doctor widely known by doctors all over the world. Some doctors see Black Jack as their enemy as he charges huge medical fees, also occasionally gives patients medical treatments which could be close to human testing. But Black Jack is a man with an iron will in terms of saving patients. Such his will is stronger than any other doctors. He has a scar running obliquely on his face, and always wears a black cloak.
>Character/Black Jack 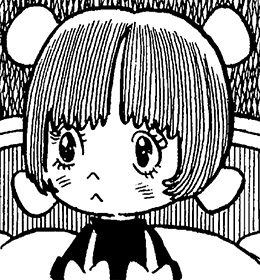 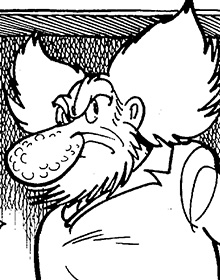 She is a girl Black Jack made with huge tumors formed in the body of her twin sister. For the lacked body parts, Black Jack artificially made and incorporate them in her.
Since she was a part of her 18-years-old twin sister for a long time, she believes she is also 18 years old. Pinoko has an appearance of a little girl and speaks with a lisp. Her trademark is bobbed hair with four ribbons.
>Character/Pinoko

Dr. Honma is a great surgeon and an attending doctor for Hazama Kuroo (Black Jack in his childhood) who was seriously injured in the explosion of a blind shell. He saves Kuroo from the condition which seems almost impossible to recover. Accordingly, Kuroo comes to respect Dr. Honma, aspiring to be a doctor. In the book titled "Record of a Disabled Patient", Dr. Honma writes about Kuroo who took a long trip on foot for the purpose of rehabilitation. Later, he dies of old age.
>Character/Saruta 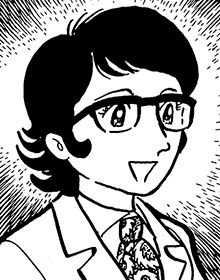 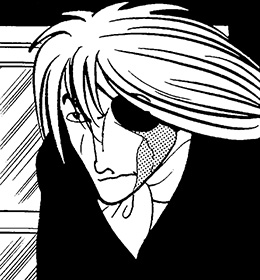 Now she is a cruise ship doctor. She used to work with Black Jack at the same medical office and was in love with him. After suffering from womb cancer and given surgery by Black Jack, she comes to call herself as Kisaragi Kei and disguises herself as a man.

Dr. Kiriko, often called as Death, is a doctor specialized in euthanasia. Black Jack is hostile to Kiriko who easily applies euthanasia to his patients, and the two conflict with each other on occasion. Dr. Kiriko used to be a military surgeon and put injured solders with no chance of sufficient treatment painlessly to death. Then he comes to think it is also important to die when his time comes. He has hollow cheeks and long grey hair, wearing an eye patch. 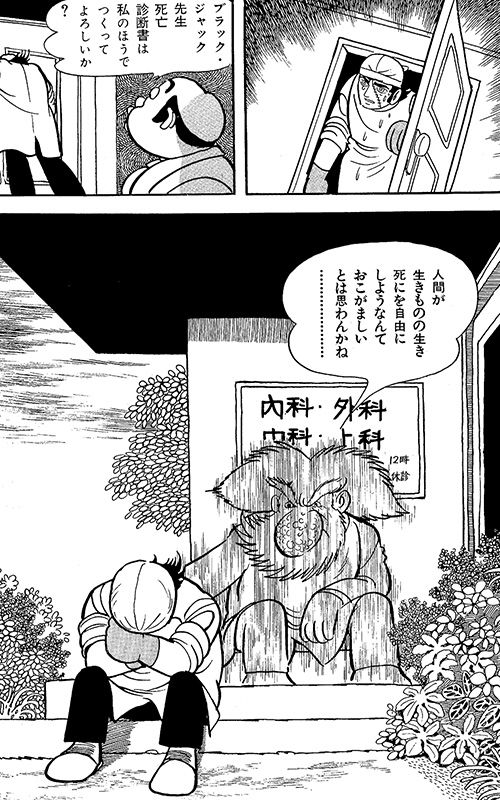 (excerpt from the afterword on Black Jack, Vol. 18 of Tezuka Osamu Manga Compilation published by Kodansha)

Let me write about inside stories of Black Jack.
First, I would like to answer the question asked the most often, which is how I came up with the idea of the setting.
This work was originally planned as short series with no more than five episodes, which was the original request from the editorial desk. It's impossible to describe Black Jack's history or character within such short series. So, I ended those first episodes ambiguously, in the sort of tone that the enigmatic doctor is performing a miracle with his scalpel somewhere... . Black Jack was supposed to disappear just as a shadowy figure.
Why does he have a scar on his face? Why does he have patched skins in different colors? Why is his hair black and white? Why does he live in the run-down house though charging huge medical fees? - I hadn't thought of any answers for those questions at first. Actually, the white part on his hair was just highlight.
In terms of the characters, I added Pinoko, Dr. Kiriko, Dr. Honma, and Dr. Kuwata one by one. I did not decide any details at the beginning of the series as I usually write short one-off series like this on a day-to-day basis. (omitted) 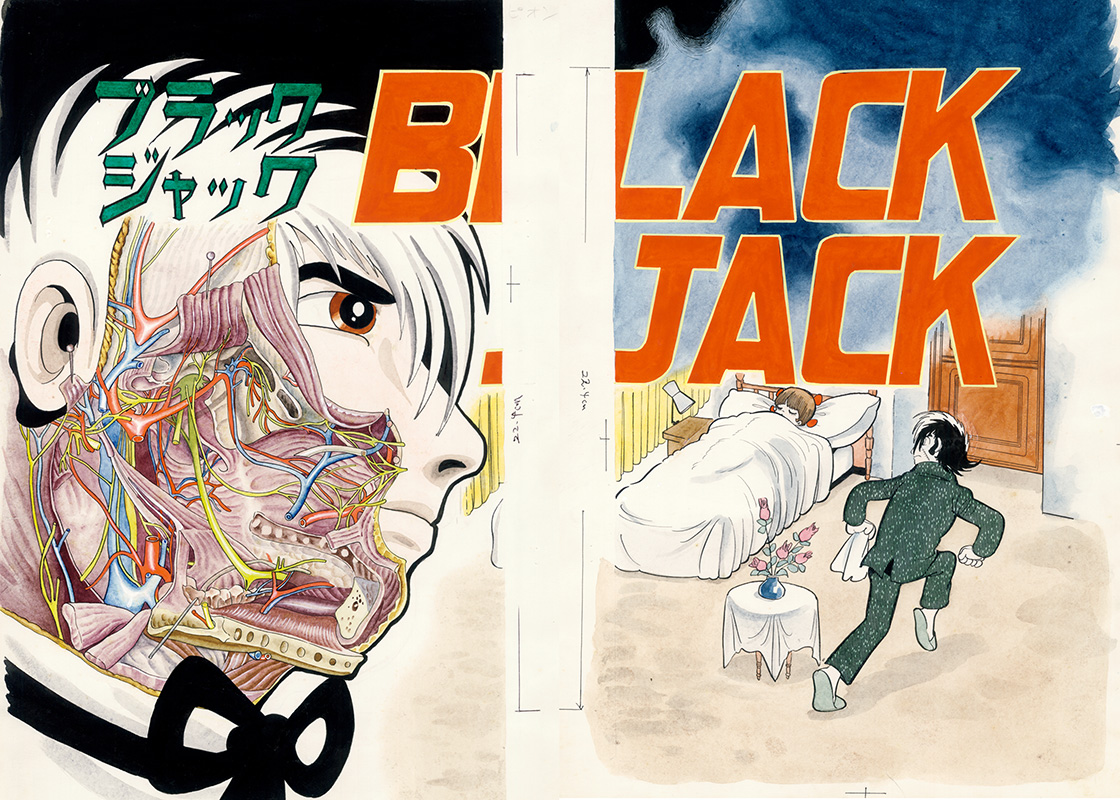