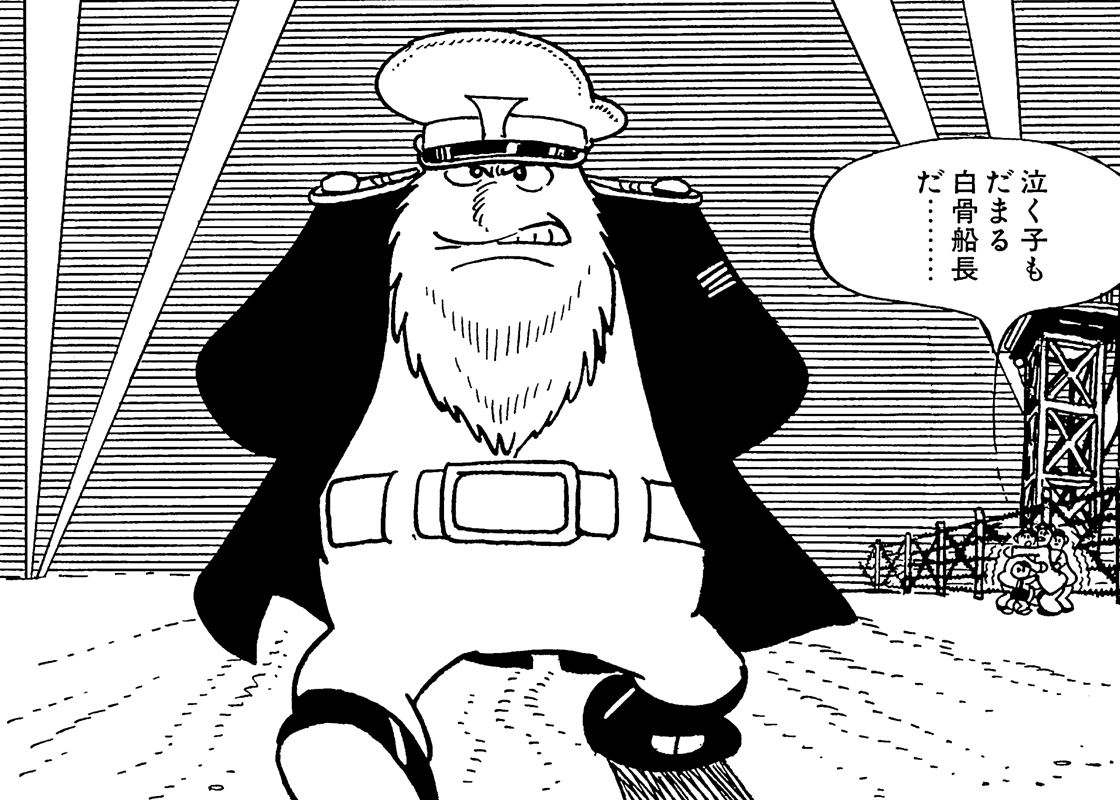 In a certain country in the 21st century, a specific law is devised to reduce the number of children in keeping with the available food. Children who lose a lottery system are taken to the other side of the moon and discarded there. The captain of the rocket is called Skipper Skeleton, who is the enemy of all mothers. Skipper Skeleton also has a child. One day, his child finally loses the lottery and has to be sent to the moon.
His wife Mary disguises herself as a mail crewmember and sneaks into the rocket. When Mary and other crewmembers land on the other side of the moon, they see a totally unexpected scene. 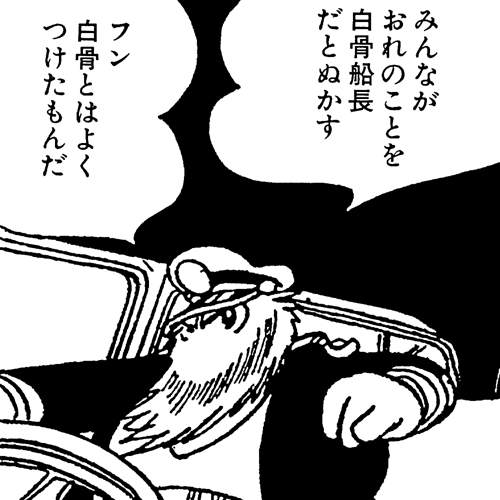 June 1957
Published as a supplement to "Omoshiro Book" (Shueisha, Inc.) 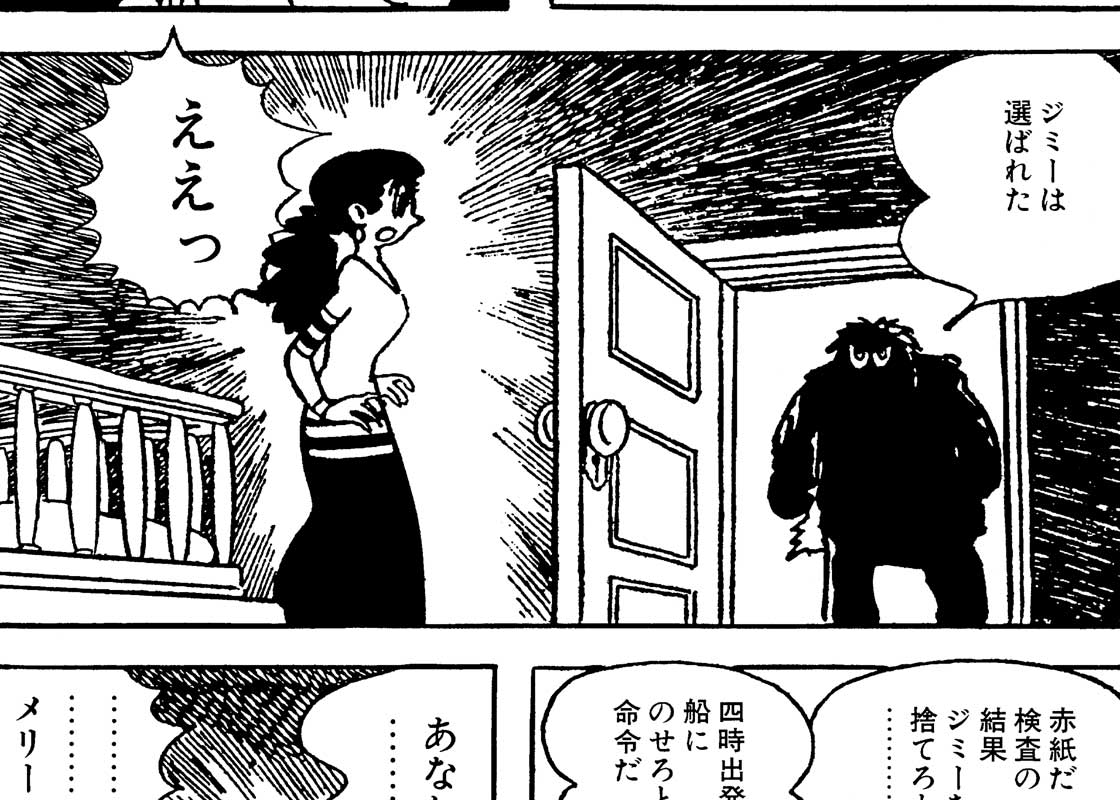