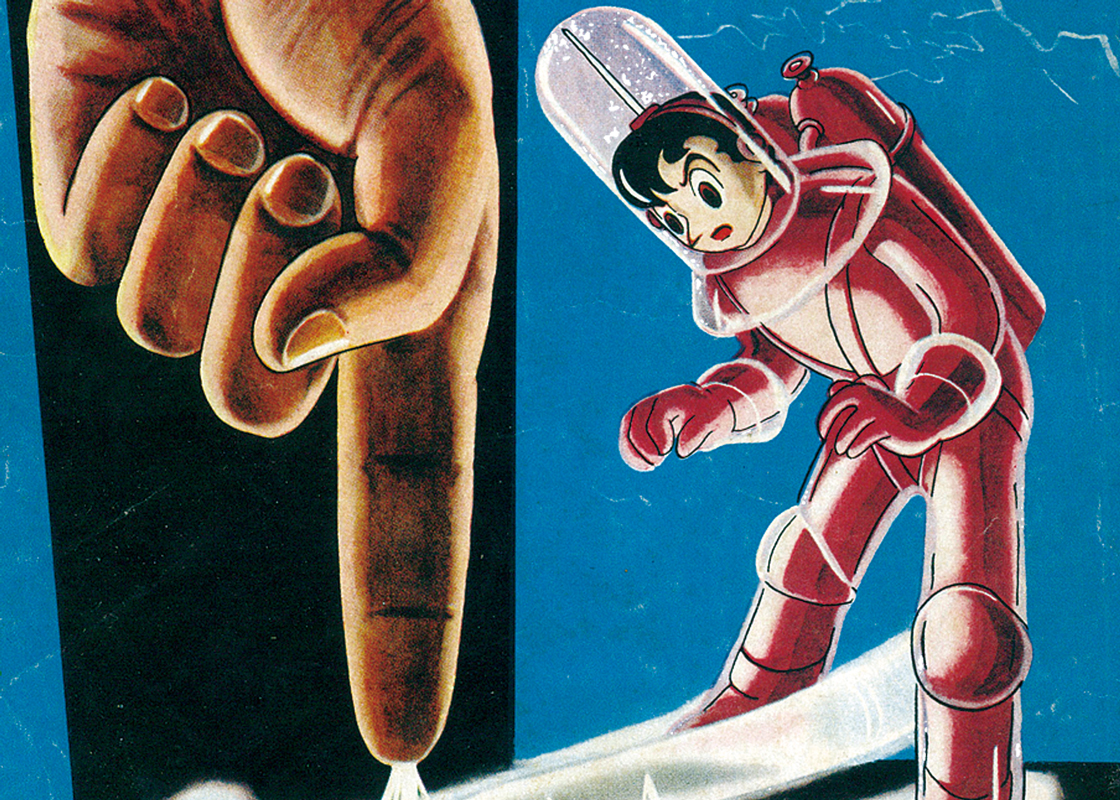 In a big city in the future, a man in a crowd suddenly dies in broad daylight. A boy named Bontaro, who happens to be at the site, hears from Police Inspector Geta that the man died of black radiation. In the meantime, Dr. Dorian Glay comes back from the penal colony of Mars. He is an old-time colleague of Bontaro's uncle Dr. Unazuki.
The two were punished for performing dangerous experiments concerned with the secrets of life. While Dr. Unazuki corrected his bad conduct, Dr. Glay was banished to Mars, where he continued his research. Police Inspector Geta, who is investigating successive mysterious deaths cases, suspects Dr. Glay. But Dr. Glay is no longer a human being! 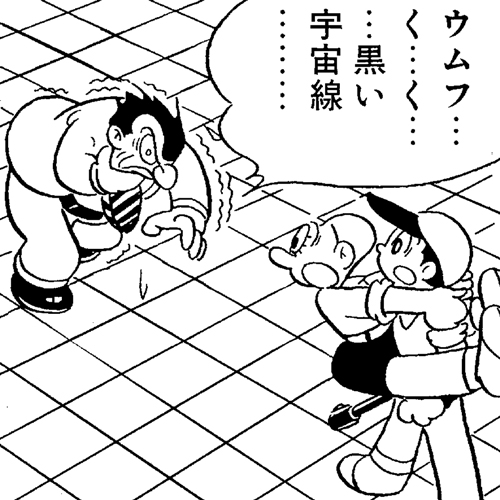 September 1956
Published as a supplement to "Omoshiro Book" (Shueisha, Inc.) 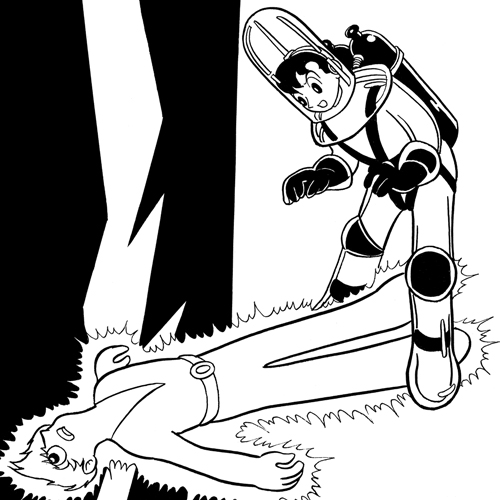 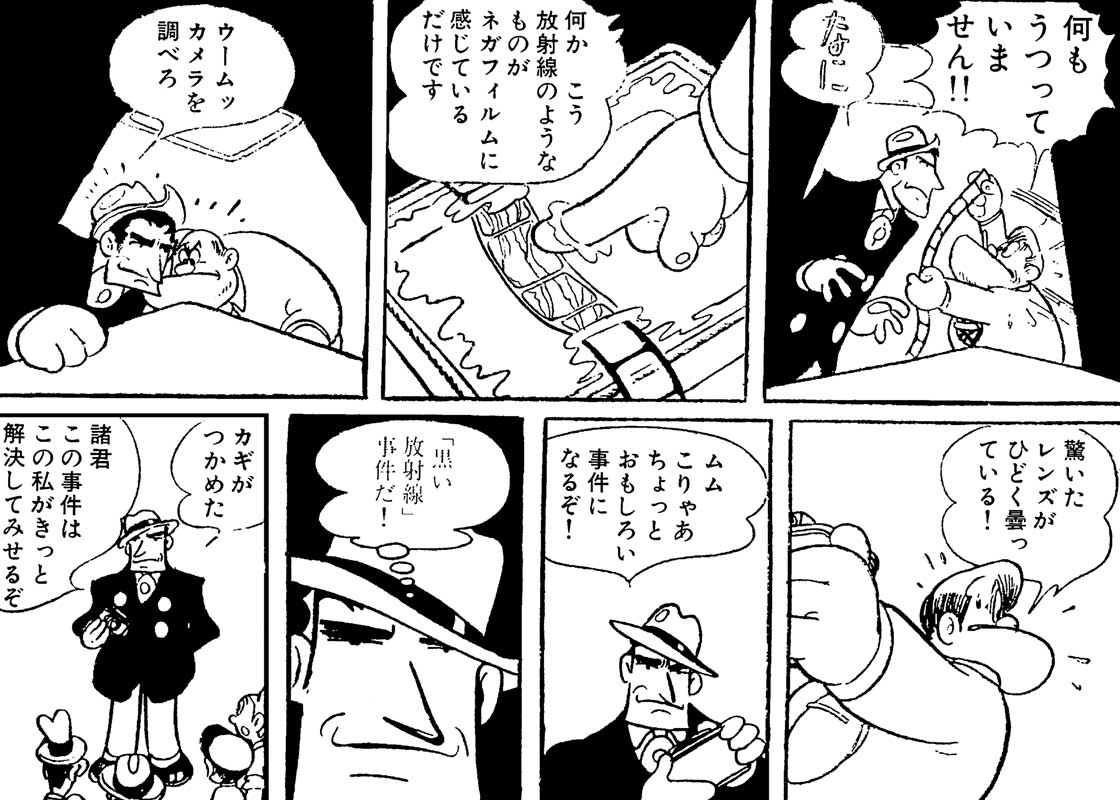