This is Part 9 of Tezuka Osamu's lifework, "The Phoenix."
Towards the end of the Heian Period (12th century), a hunter named Benta comes to the capital of Kyoto, following his novice, Obuu, who is abducted.
Benta meets a boy named Ushiwaka, and becomes his follower.
Meanwhile Obuu becomes the attendant of a powerful man of the time, Taira-no-kiyomori.
Taira-no-kiyomori eventually dies while looking for a phoenix to help him to gain eternal life.
Meanwhile, the capital is driven into chaos and war over power, and the world is thrown into a state of confusion.
Ushiwaka grows up and is renamed Yoshitsune. He becomes very active as the head of the Genji family in opposing the Heike family, and Benta follows him.
Benta, however, seriously objects to Yoshitsune's disregard for soldiers' lives, as he regards them as no more important than worms.
Although Benta finally comes upon Obuu in the midst of the Dannoura War...

The "Turbulent Times" was originally to appear serially in the re-published "COM" (the August 1973 issue), but only the first episode was published. The magazine was discontinued after its first issue due to the filing for bankruptcy by Mushi-Pro Shoji. The serialization itself was also suspended, but this new version of the story was published in "Manga Shonen." This work is a caricature of people who are misled by the shadow of a phoenix who appears in their dreams but whose existence has never been verified.
Chronologically following the chapter " Karma," the work depicts the character Gao, who disappears deep into the mountains at the end of "Karma." 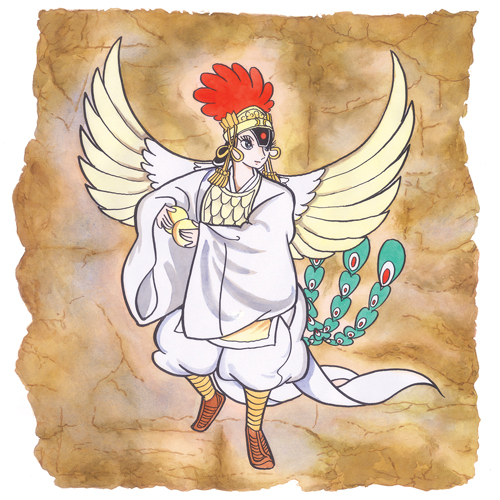 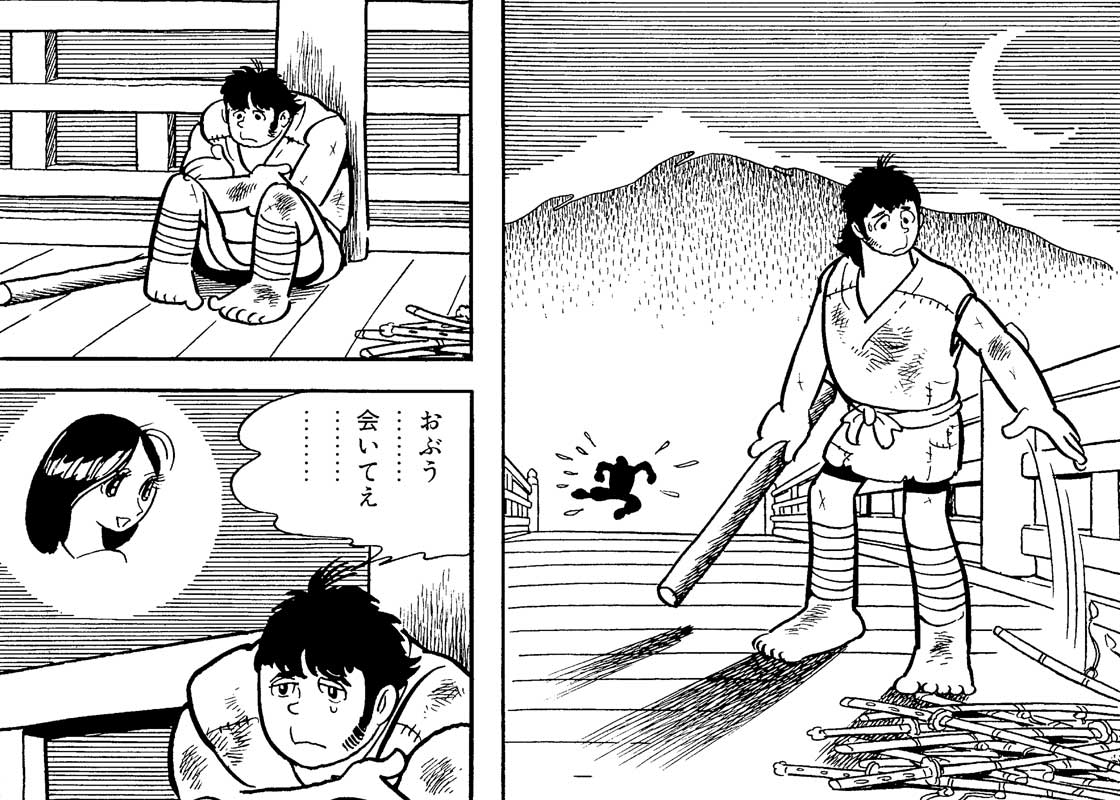