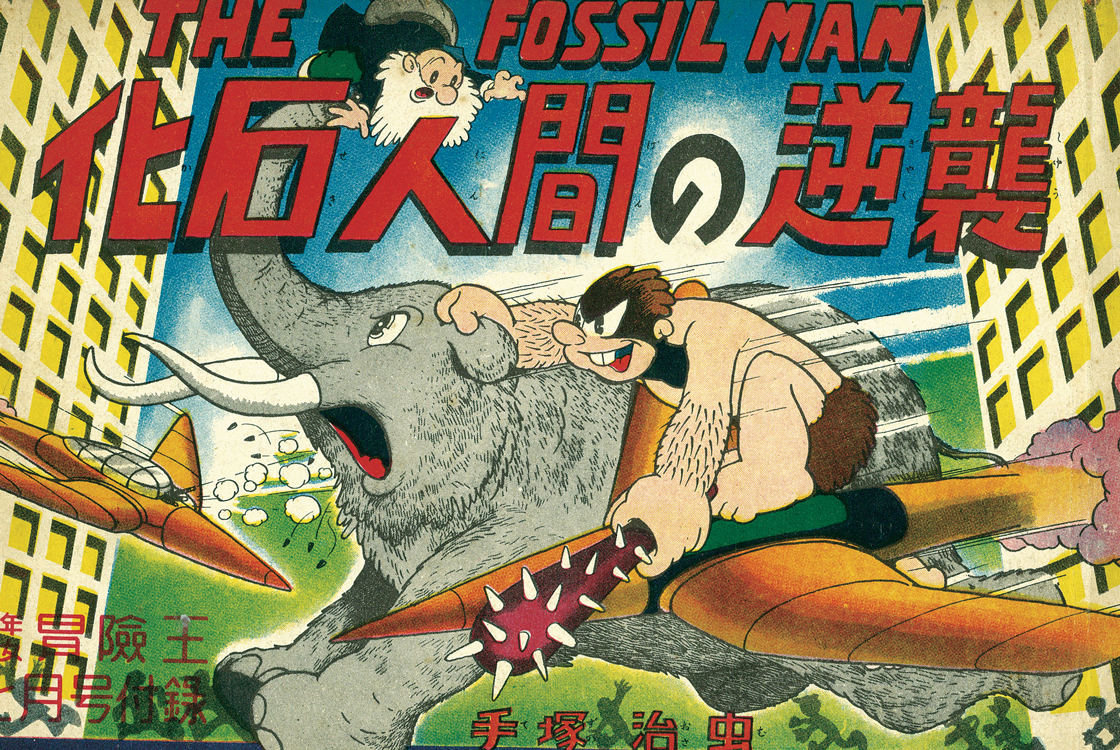 Revenge of the Fossil People

"Revenge of the Fossil People," which is a sequel to "Fossil People" (a short story published in 1952), features a fossil man named Bugaboga and a mammoth named Poora. Bugaboga comes back to life again after being trapped in an iceberg for a long time. Prime Minister Earkz entrusts Bugaboga, who lives in Dr. Hanamaru's house, with the management of a zoo. Strange animals are brought into the zoo one after another, but they actually are robots equipped with explosive devices.
It turns out that a spy named Krodan, who pretends to be an associate, has brought them in to overthrow the government. The real animals in the zoo are on the verge of starving to death because they are not given any food. Enraged, Bugaboga sides with these poor animals to fight against evil men.
Meanwhile, a monster amoeba, which Dr. Hanamaru brought to the Earth when he traveled to the future in a time machine, escapes to become enormously big, and goes on a wild rampage. Bugaboga and Poora put a stop to their revenge on the evil men because they need to concentrate on destroying the monster amoeba. They attract the monster's attention and chase it to the end of the Earth. 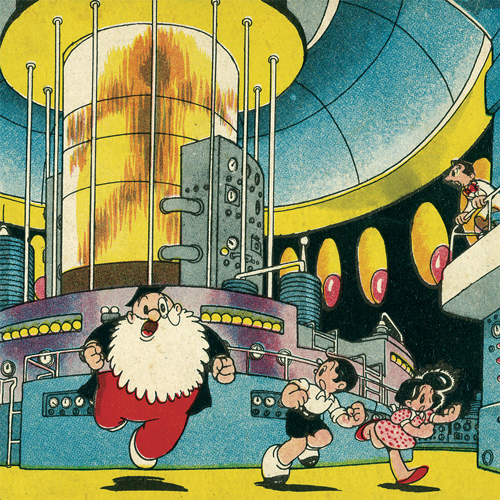 The 1950's were a period of time when monthly Manga magazines were constantly being published. They competed against each other for readership by adding non-serial Manga as appendixes. "Revenge of the Fossil People" was written as such an appendix when this competition was starting to In this work, various elements of science fiction such as a fossil man, robot animals and a time machine, appear one after another incoherently, in a totally different style from that of Tezuka Osamu's later well-structured short stories written such as the "Lion Book Series." 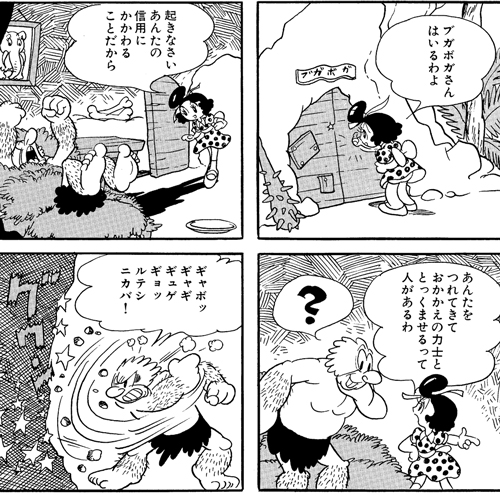 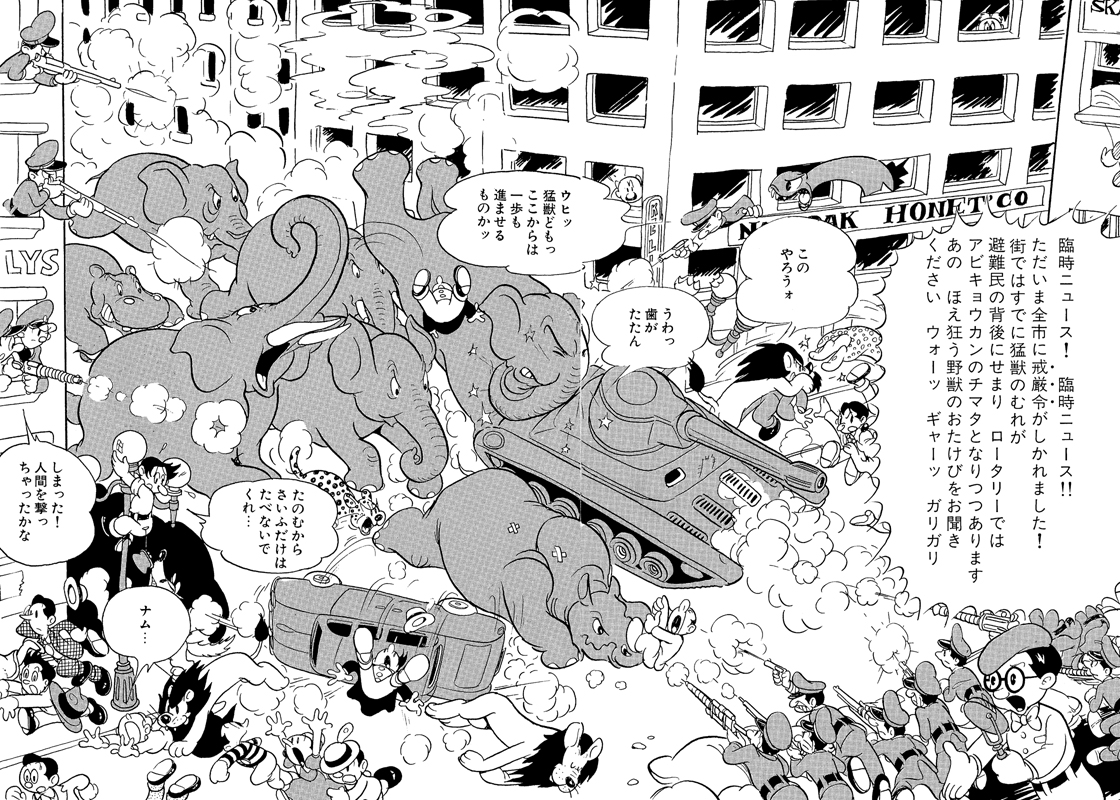