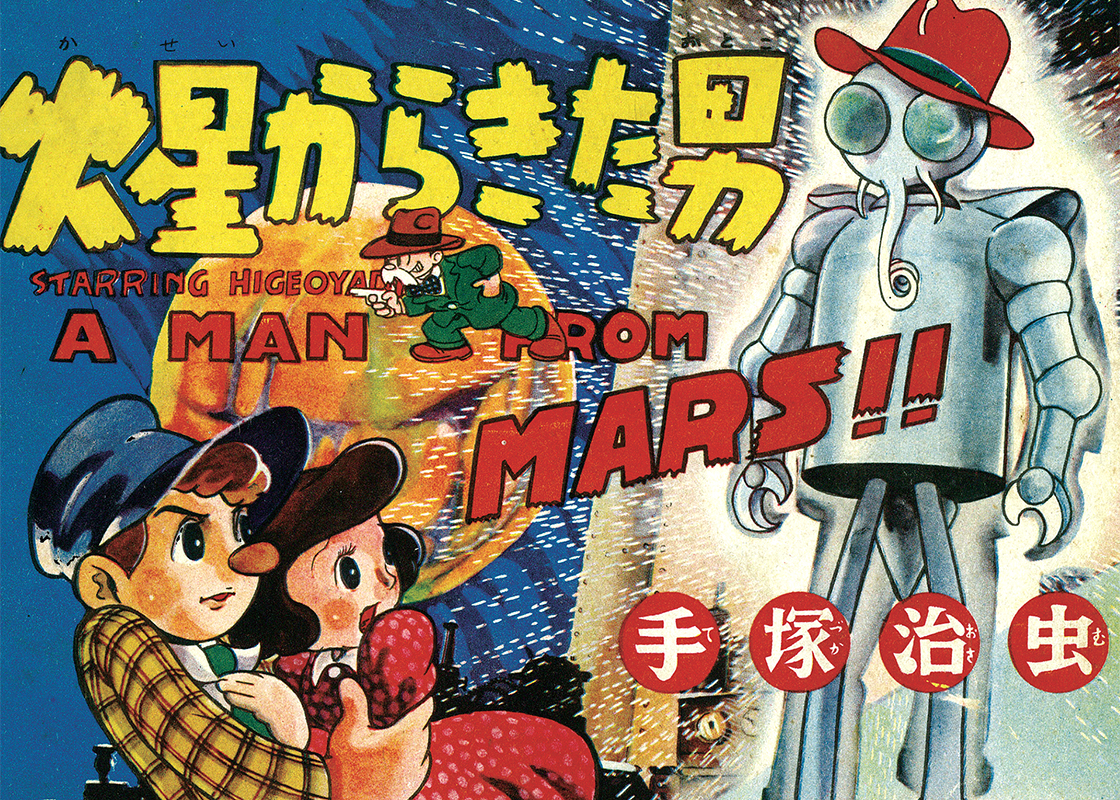 The Man From Mars

"The Man from Mars" is a science fiction short story depicting a conflict between an alien from Mars and earthlings. A boy called Chiru-chiru and his younger sister Michiru are poor children. One day they help a mysterious stranger lying by the roadside. The man, named Harrire, gives them golden seeds. It turns out that Harrire is a Martian who has come down to Earth to get water. Harrie negotiates with humans for the water he needs, but in vain. Meanwhile, a villain named Dr. Marpigie carries away Harrire's spaceship. Chiru-chiru, Michiru and Detective Higeoyaji help Harrire and fight against the villains in the snow-covered mountains. 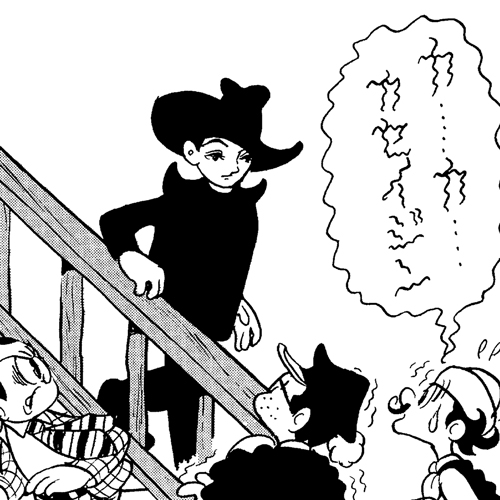 July 1952
Published as a supplement to "Shonen Gaho" (Shonen Gahosha)

Plant-like spacemen and humans often appear in Tezuka Osamu's works. There are several stories involving spacemen who visit the Earth to get water. Among them are Ayame (iris) and Momiji (maple) in "Lost World"(1948) and "the plant man" episode in "Mighty Atom" (initially subtitled "Spaceman from Alsor 12 Comet"). The episode of "the plant man" in "Mighty Atom," which begins with a prologue about a snow mountain, originated with "The Man from Mars." 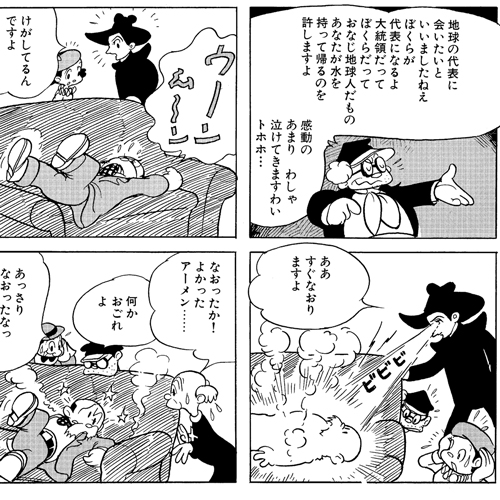 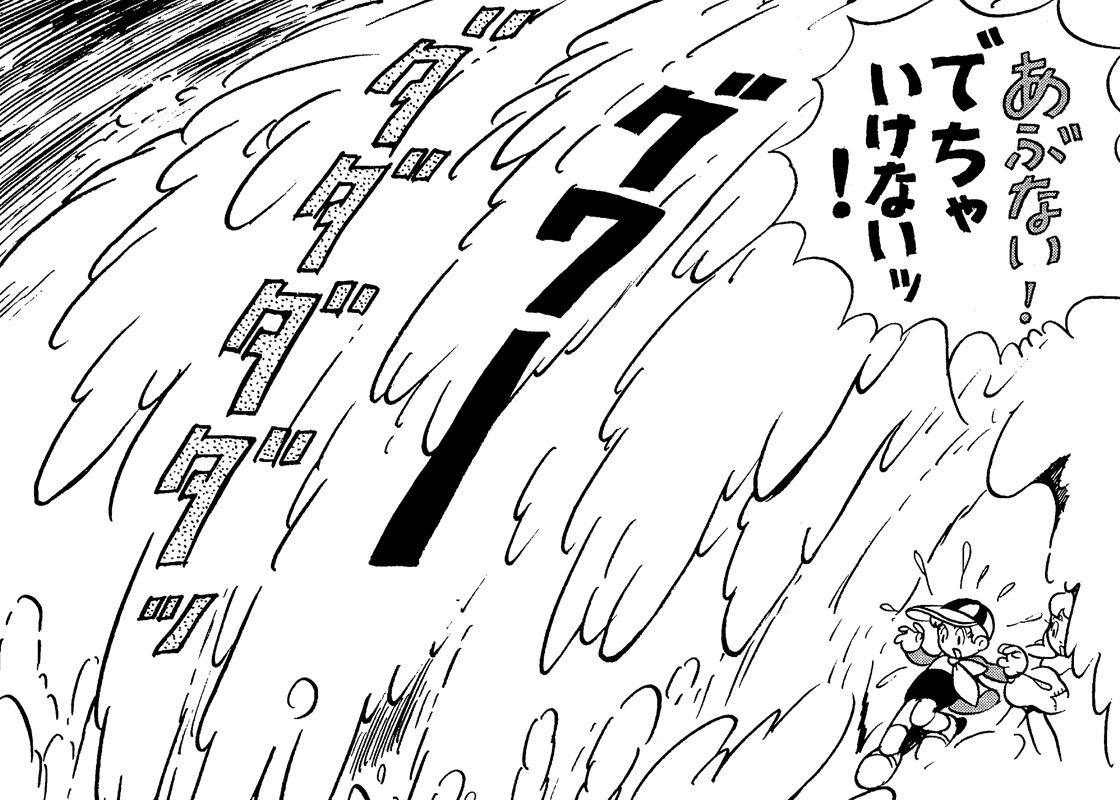