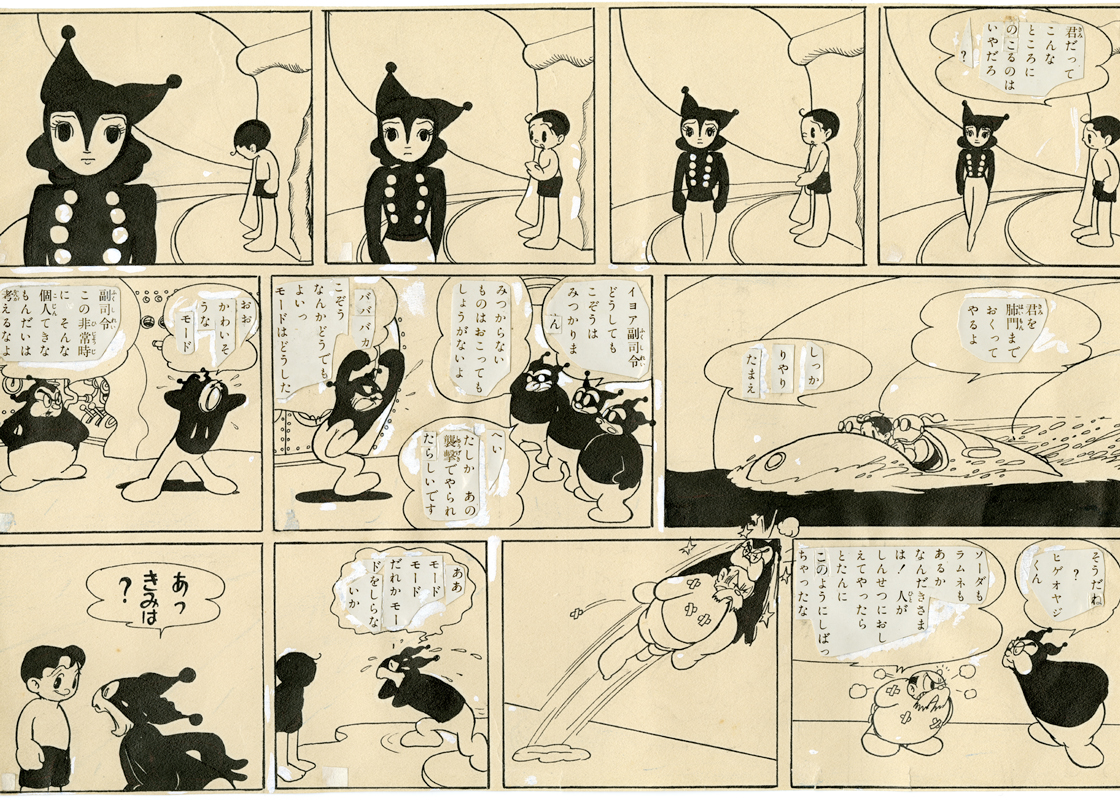 Monster of the 38th Parallel

This is a science fiction story depicting "Kenichi" and "Higeoyaji," who fight tubercle bacilli inside a human body.
The two shrink after eating moldy bread. Riding on dust particles, they enter the body of a boy through his nose. The boy is suffering from tuberculosis. Inside the body, they find that tubercle bacilli and white blood corpuscles are fighting against each other. They are caught by the tubercle bacilli but later released by Commander Dadapoot, who thinks he may be able to discover human secrets by letting them go.
Kenichi tries to persuade Mode, a female tubercle bacillus, to stop the fighting, but she rejects his request saying that it would be irresponsible. Reluctantly, Kenichi and Higeoyaji fight against the tubercle bacilli. 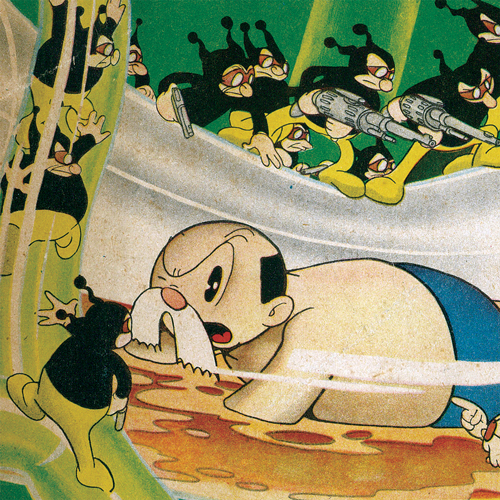 March 1953
Published as a supplement to "Shonen Gaho" (Shonen Gahosha)

This work is a remake of "Tuberculosis," a book published in 1948. The title "38th parallel" has a double meaning. One refers to "38 degrees Celsius," or body temperature. The other is the 38th parallel that divides North Korea and South Korea. The political situation at the time is reflected in the work.
Regarding the content, stories about Tsubakihime (La Traviata) and Hirate Miki, who actually suffered from TB, are incorporated into the story in the boy's dreams. These parts of the story were added later on. "Monster of the 38th Parallel" is filled with funny stories that have nothing to do with the main subject, including movie parodies and jokes that cannot be understood by people unfamiliar with the subjects. 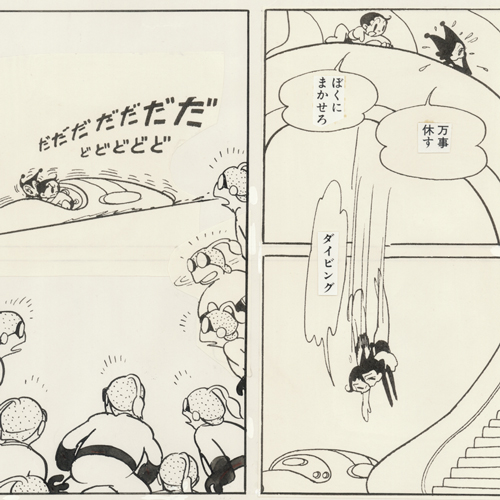 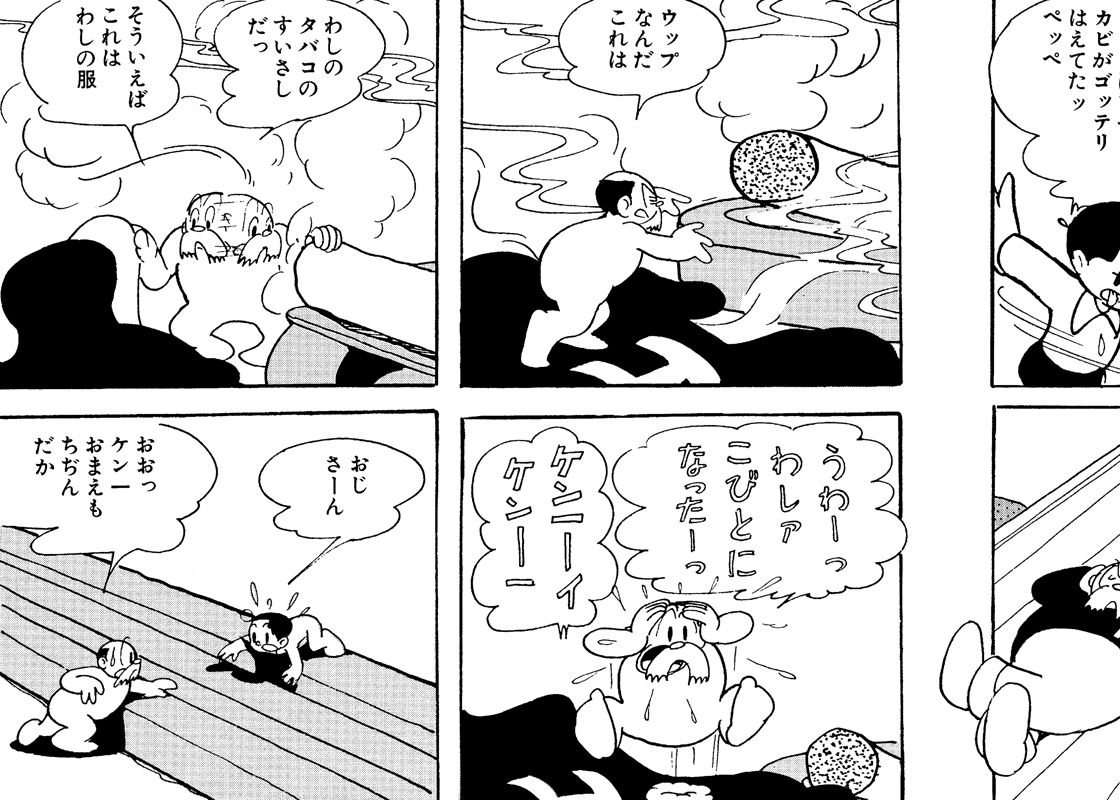