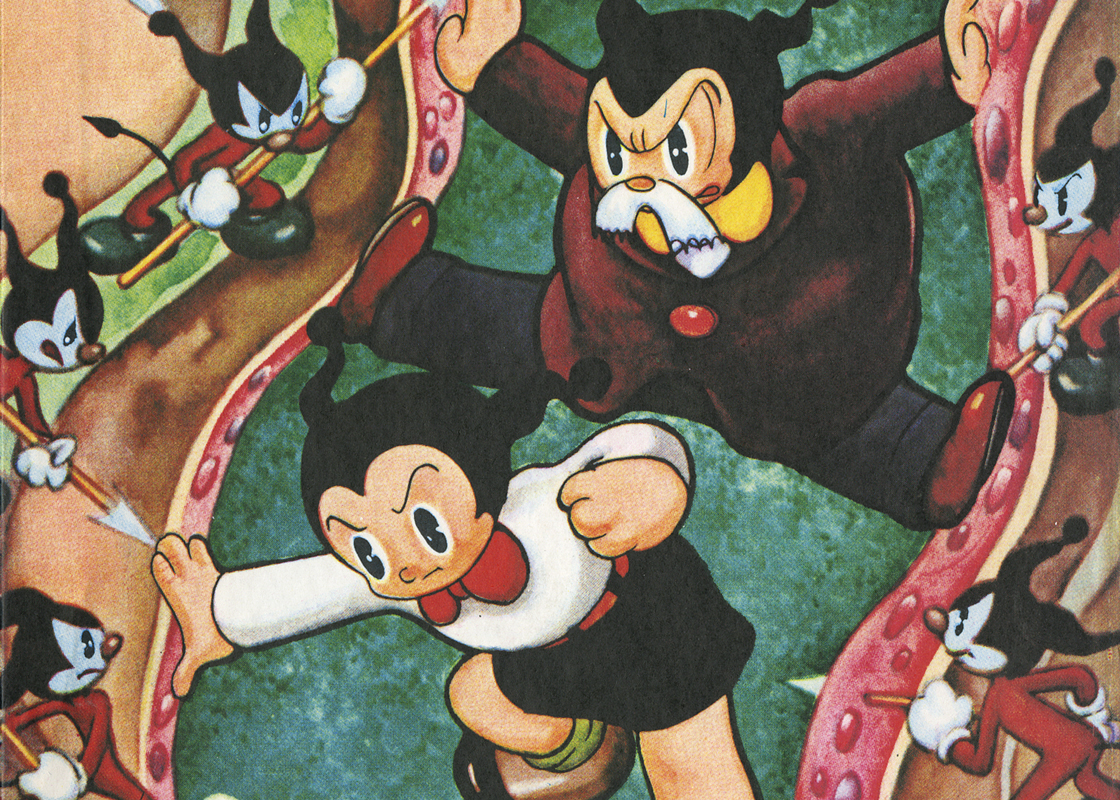 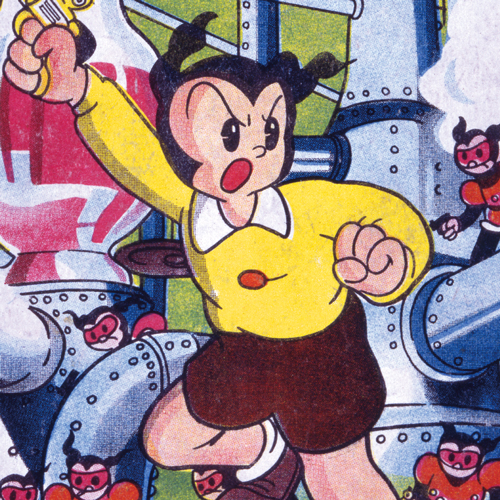 Two months before the publication of his masterpiece "Lost World," this story was published in book form in two-color printing. The dynamic pictures of the internal human body are still eye-catching even today. Tezuka Osamu seemed to particularly favor this work. In 1953, he remade it for "Monster of the 38th Parallel" (an appendix to "Shonen Gaho") without changing its central story line. Then 11 years later, Mushi Production remade it again for the animated TV program, "Mighty Atom." It was broadcast in September 1964 as the 88th episode, entitled "Bacteria Rangers." It is said that the American movie "Micro"(1966) originated from this first episode of "Mighty Atom." 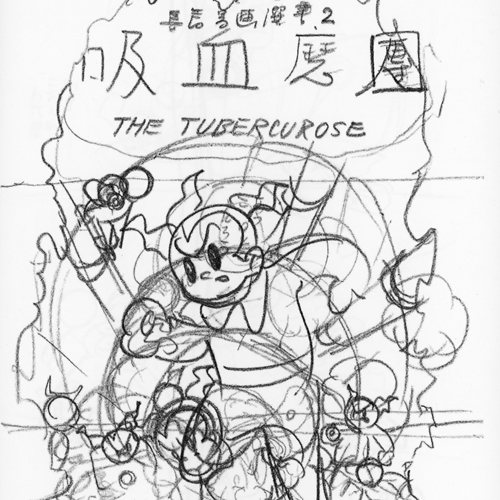