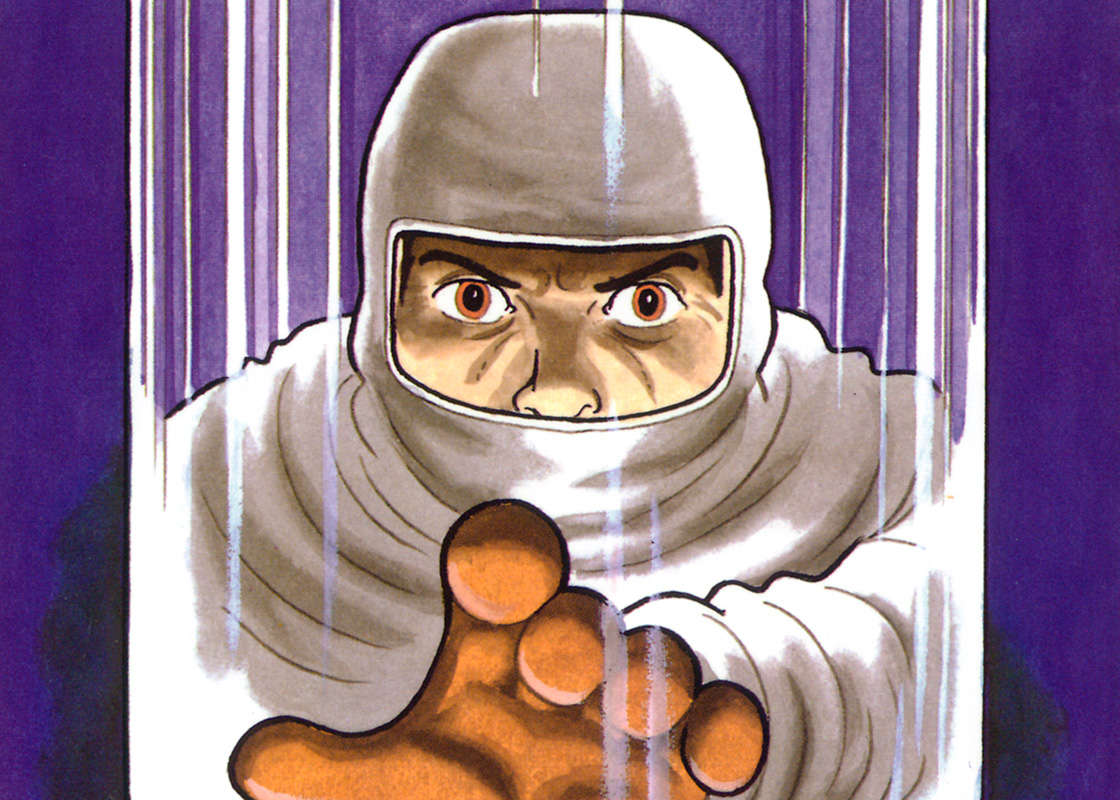 An architect who has made fortune by investing in robot businesses and his wife seem to live happily.

But there is a seed of distrust between them. (The Fly Swatter)

In the near future, Japan is blamed from rest of the world for its experiment on genetic modification of human DNA.

One day, a man working the lab gets caught in trouble. (The P4 Dead Angle)

Two on the Mountain Pass

Actually Tezuka wanted to continue the serialization longer, but he could not to do so since his new serialization started on another weekly magazine.

All those works, though with different characters and settings, focus on distrust among people, which somehow generate a sense of unity as series.

The results in respective stories are all different, but readers are reminded how precious the trust between humans are.

Two on the Mountain Pass