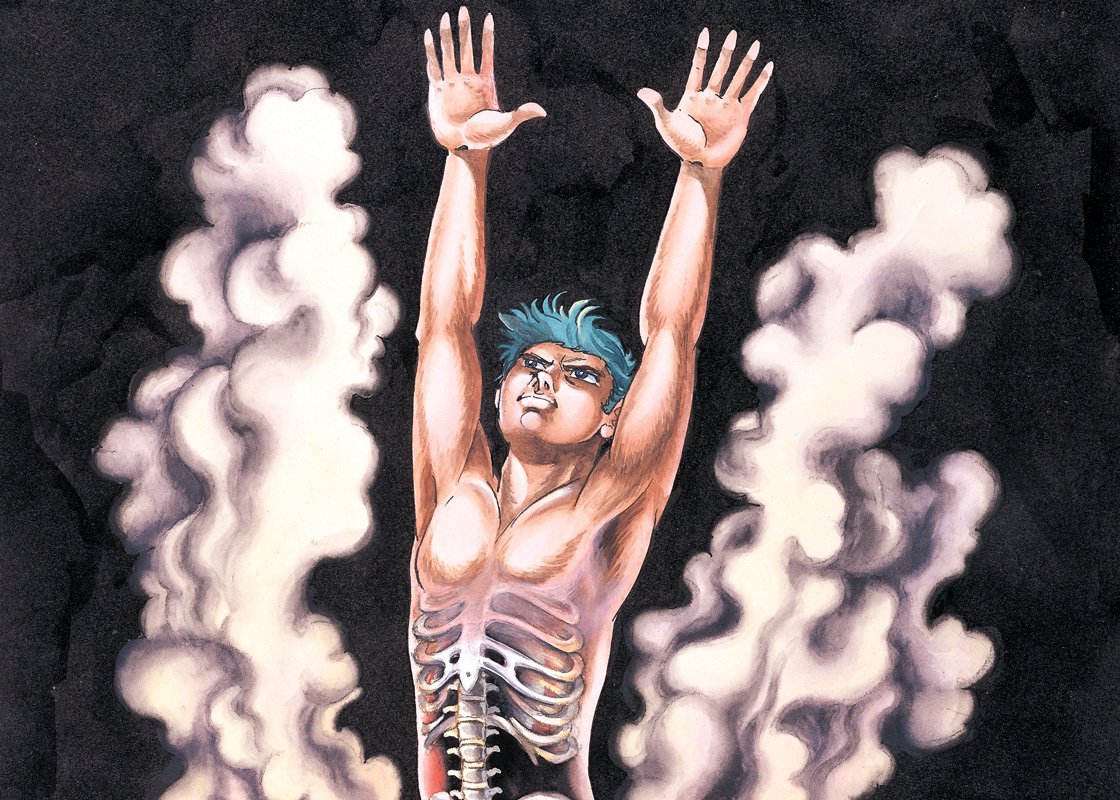 Sato Eisaku is conducting research on certain chemicals at the request of the U.S. military. One night when he has worked until late, he runs into a student named Okada who is working frantically on research similar to his. Sensing something strange, Sato inquires about Okada, and is shocked to learn that he was on the school register during the war and is already dead. He also finds out that Okada was conducting research for the military on some dreadful chemical liquid that melted anything. Realizing why Okada's ghost has appeared in front of him, Sato decides to stop the research he has been doing for the U.S. military. 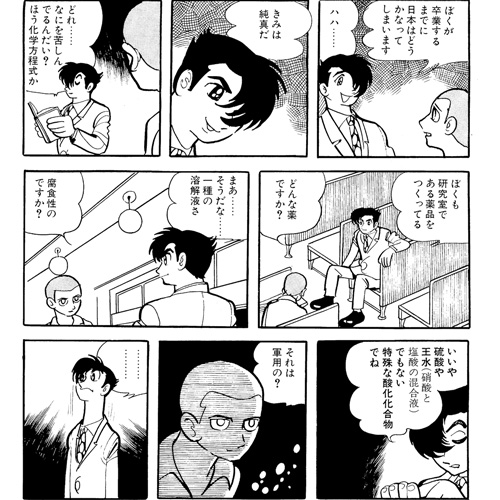