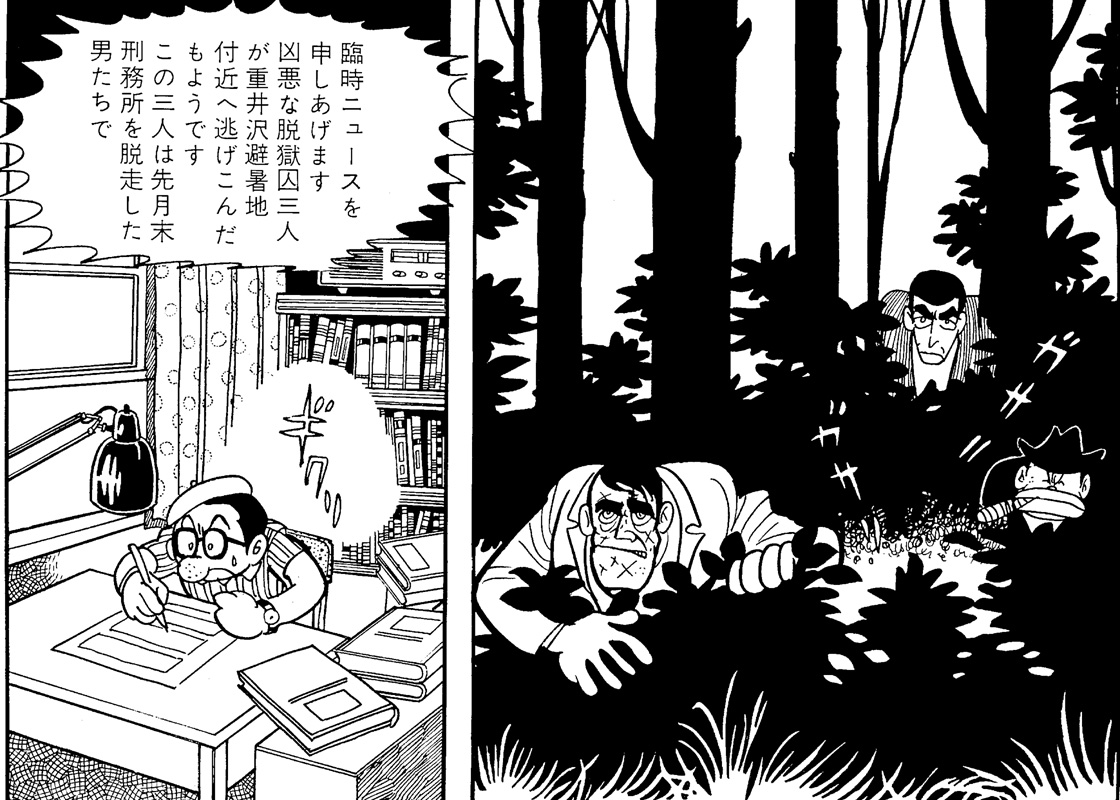 A group of ferocious beings from outer space come down into a group of villas to spy on the Earth. Tezuka Osamu happens to be working on Manga in his cottage built, where he is trying hard to meet his deadline. Transforming themselves into earthlings disguised as escaped convicts, the aliens invade the cottage next to Tezuka's, and take the family as hostages. The aliens observe Tezuka from the house next door. Seeing him drawing up a plan all day long, they infer mistakenly that Tezuka is a great scholar. Thus they assault him to suck up his brain and obtain his knowledge. As soon as they have done this, however, they become tormented by something called "deadlines." 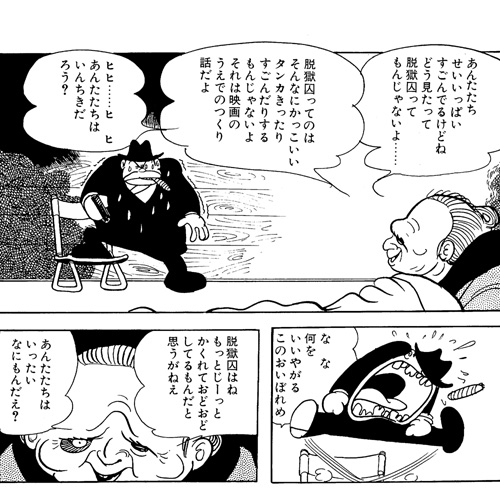