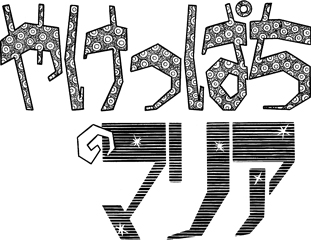 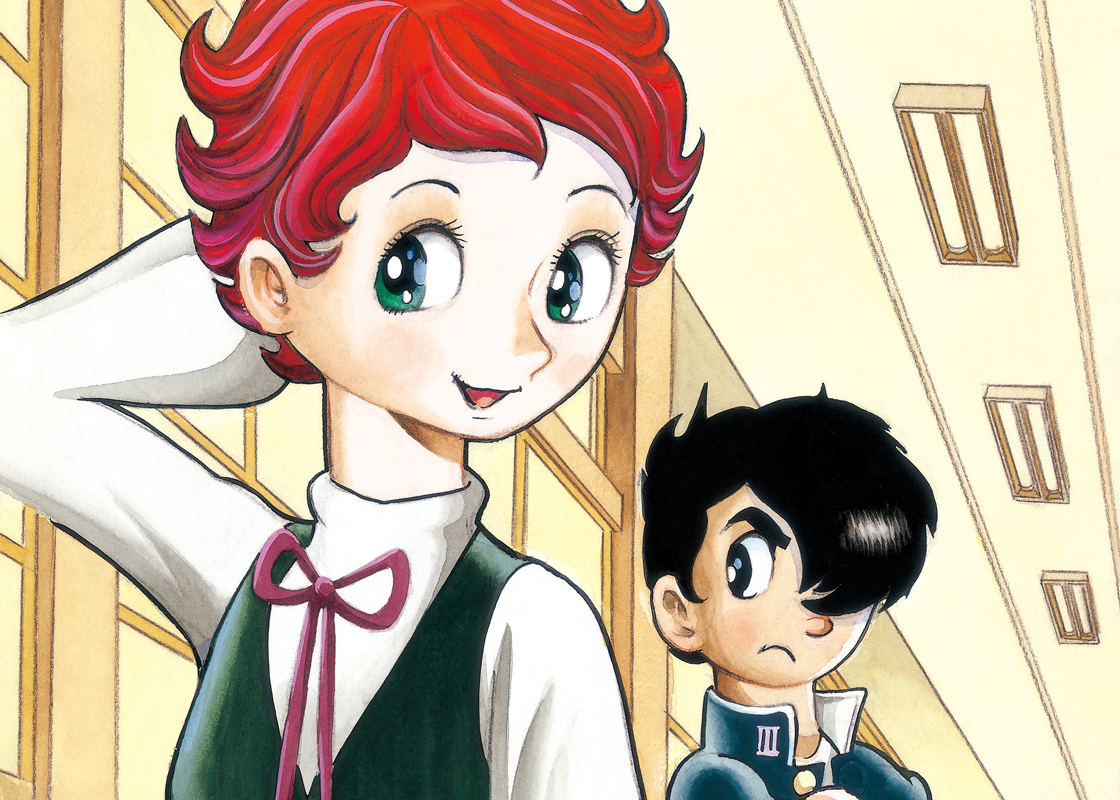 This is a bizarre sex education Manga staged in a school, featuring a rowdy boy called Yakeppachi and a girl named Maria, who is the ectoplasm of Yakeppachi.
Yakeno Yahachi, a rowdy boy known as "Yakeppachi" gives rise to a pretty girl named Maria while in a trance, and her personality is identical to Yakeppachi.
Actually, she is the "ectoplasm" of Yakeppachi. "Ectoplasm" is a hazy stringy and fog-like substance that is generated from the spirit medium at a seance, also referred to as an "astral body." Taking on the form of a doll given to her by Yakeppachi's father, the ectoplasm Maria begins to go to school with Yakeppachi.
The whole school is thrown into a state of confusion except the classroom teacher Akita, who is the only person to understand that this is a supernatural phenomenon.
The plot thickens when, after finding out about the secret of Maria, a juvenile gang group ("Group of Tateyoko") that has been keeping an eye on Yakeppachi, start to follow him, thinking to stage an attack. Another enemy of the pair is Yukisugi Midori, girl leader of the "Group of Tateyoko," who is offended by the fact that Maria is popular with the boys, and tries to attack with the intent to hurt her. 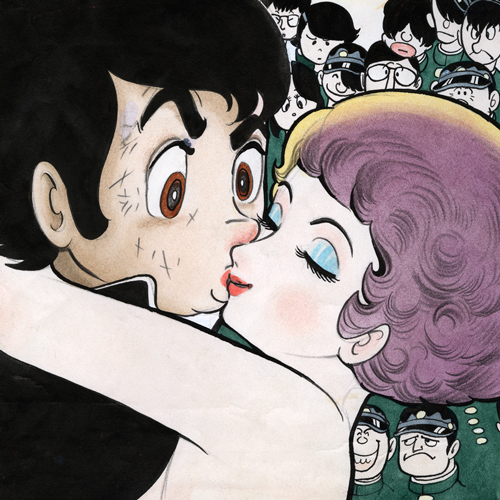 From the end of the 1960's to the early 1970's, Japanese Manga were characterized by three prevailing themes: the erotic, the grotesque and the nonsensical.
The Manga had come a long way from the 1950s, when the art was still not highly regarded: at this stage, the art of Manga in itself was beginning to be socially accepted. Cartoonists then went to extremes in attempts to break out of taboos, drawing scenes heavily depicting sex and violence.
Looking back now, this period can be looked upon as a transitional phase, during which the freedom of expression in Manga was only starting to be recognized.
Tezuka Osamu on the other hand felt that his efforts to stand up for what he believed was right were having no real impact. He began to question himself about maintaining the taboos in Manga that he had consistently endeavored not to break. He later noted that the work accomplished during this period, entitled "Yakeppachi" (meaning 'desperate' in English) reflected the resentment and doubts he had felt at that time (see the post script of the Complete Works of Tezuka Osamu, Kodansha Ltd.). In an expression of his feelings at the time, this work served a medium through which Tezuka Osamu successfully criticized other commercial Manga works featuring over-abundant erotic and violence scenes. The story is bizarre, but Yakeppachi and Maria remind us of adolescence, bittersweet and somehow nostalgic. 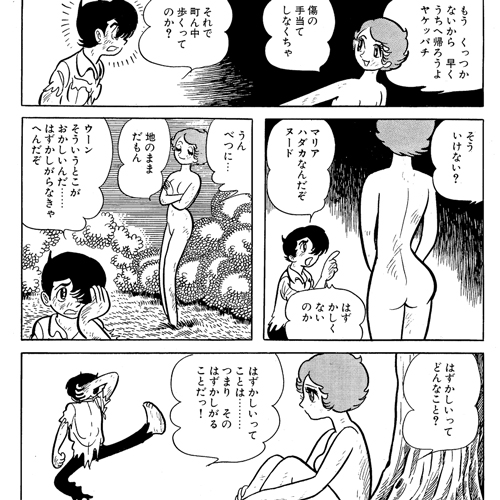 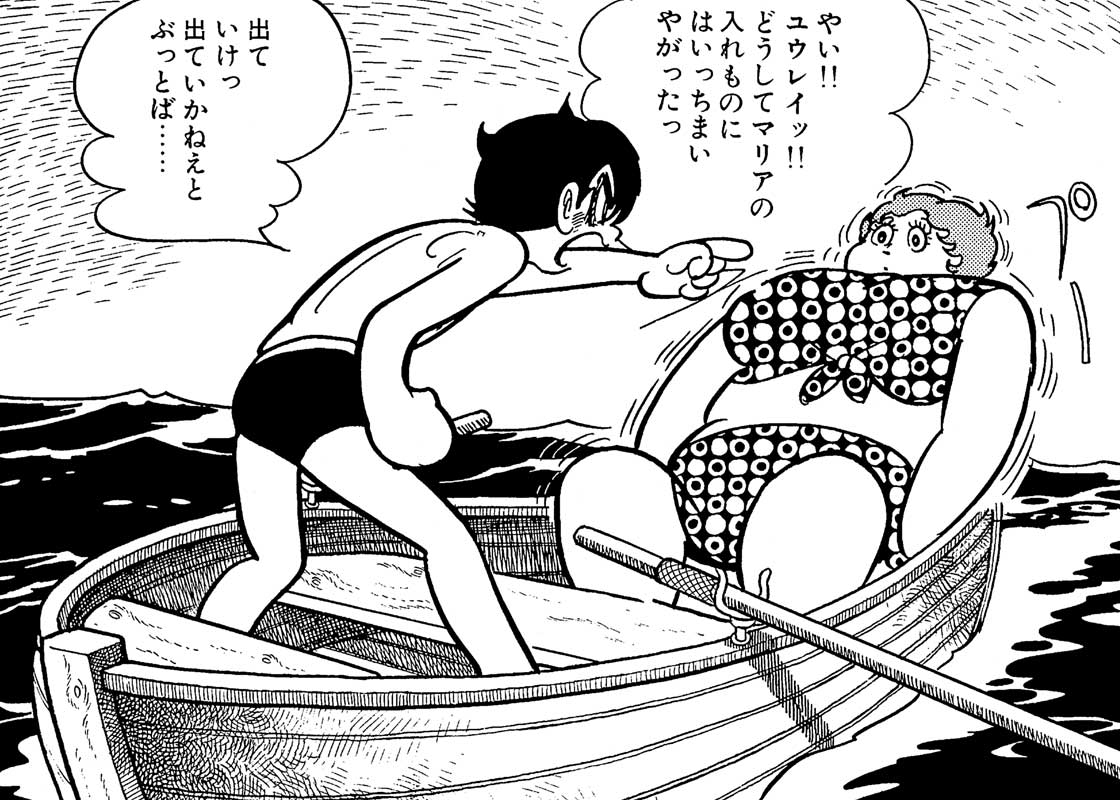