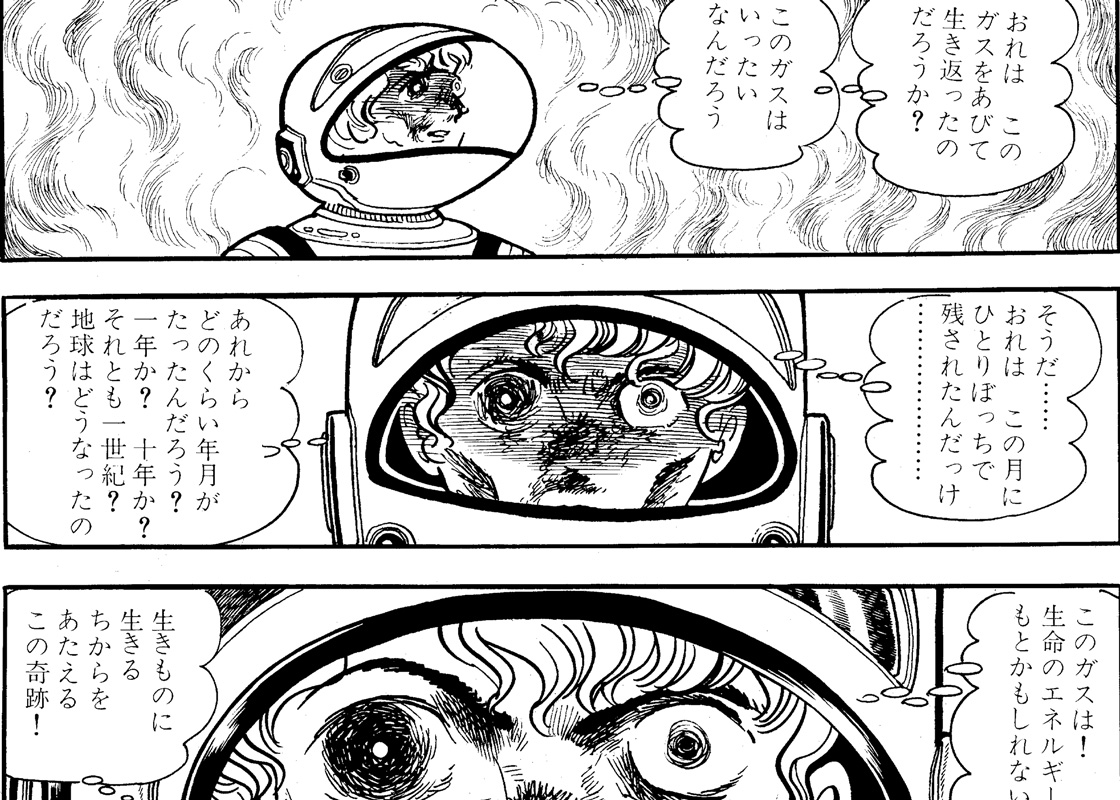 The Man in the Crater

When William Frost is examining Volcano Alfonsus on the moon, which is said to blow steam, he suddenly gets hung in the air from a precipitous cliff, becoming unable to move at all. Apollo, the spacecraft that sent him to the moon, has gone back to the earth. The oxygen in his space suit has run out. Although William is supposed to be dead, he returns to life for a while when exposed to gas emitted from Alfonsus periodically. He moves between life and death this way for many years. One day, when he happens to be alive, finally seeing a rocket from the Earth, William calls out for help, but... 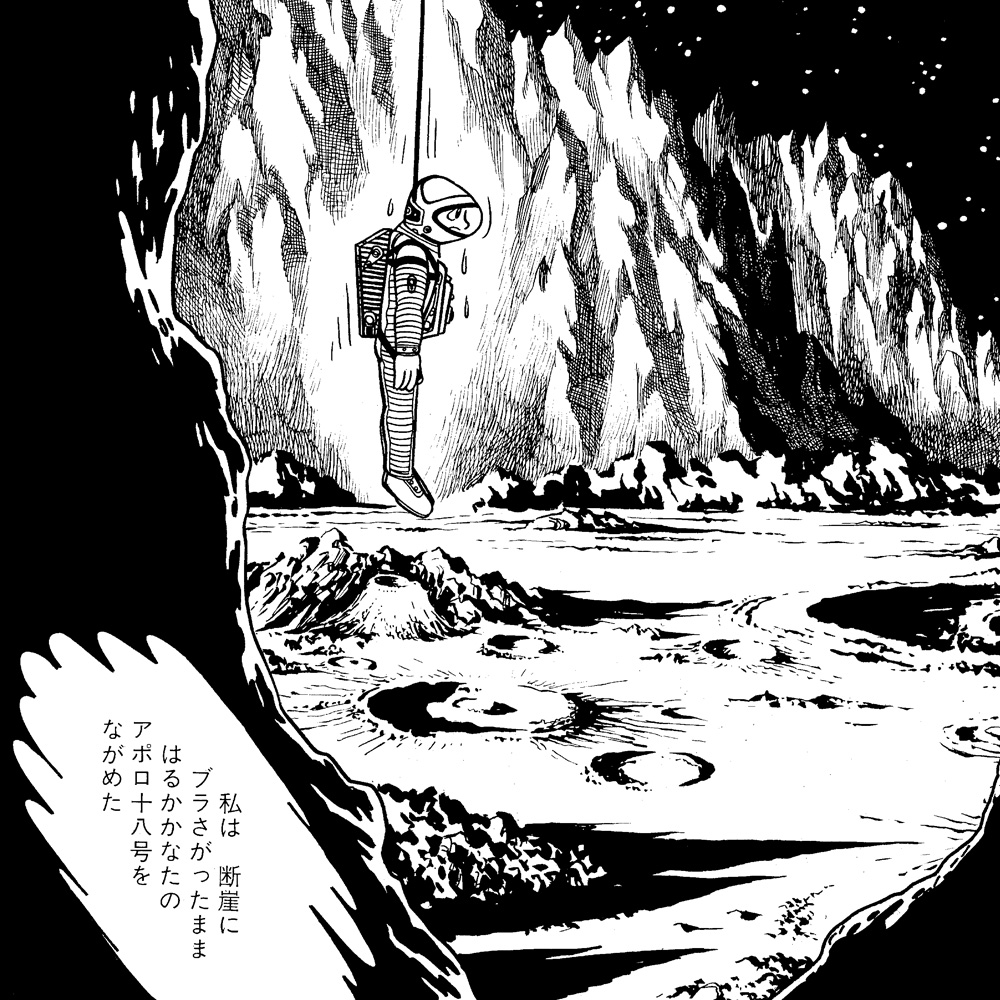