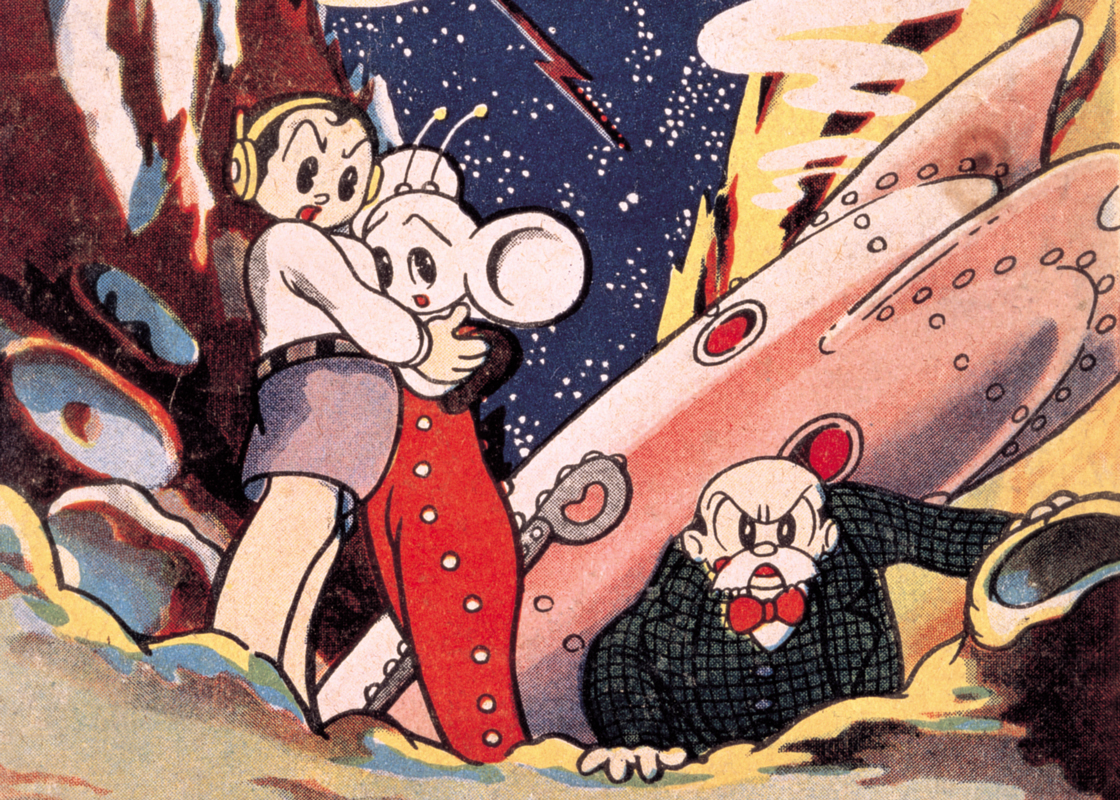 "The Moony Man," a science fiction fantasy, is an adaptation of "The Tale of Taketori," a famous Japanese old tale. One day a rocket falls on the ground in a village. After Dr. Mikazuki and Dr. Mangetsu have carried it away, an old man in the village finds a baby girl who has just been born from an egg. The old man and his wife name the baby "Sayoko" and raise her as their child. She grows up and becomes an inventor of great genius. Many men court her but since she doesn't intend to get married, she embarrasses them by asking them difficult questions.
Surprisingly, Sayoko is a spy who has been sent to the Earth from the moon. Her mission is to investigate the science project conducted by Dr. Mangetsu. He and his colleagues are developing a backlight telescope that is capable of seeing the other side of the moon. If it is completed, people on the Earth will know the secret of the moon. Finally, Sayoko flees to the moon aboard a rocket after Detective Danbara Eijiro discovers that she has sabotaged the telescope project. However, a boy called Kenichi was aboard the rocket, too. 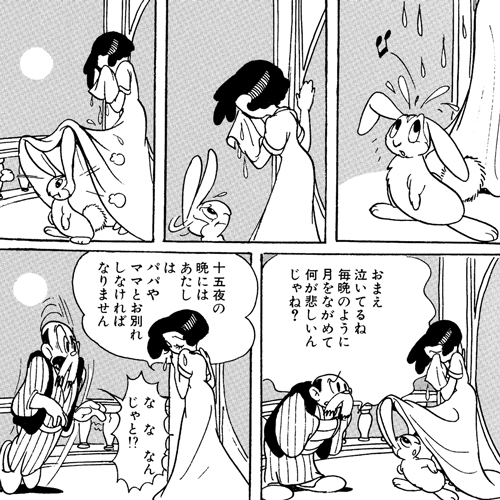