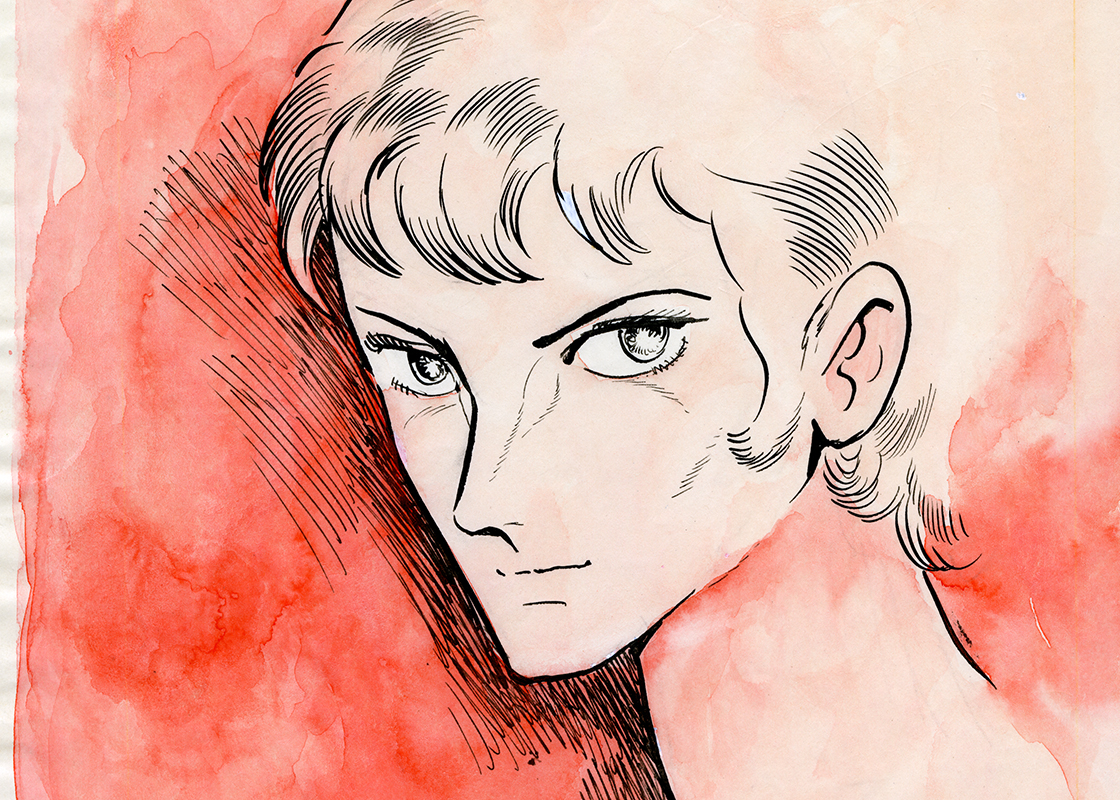 This is a picaresque (villain) Manga, revealing the pathology of contemporary society through a devil-like man who embodies every evil of today's world.
A diligent and efficient bank employee, Yuuki Michio has another side: that of a brutal kidnapper who commits crimes one after the other. Yuuki visits Father Garai at church; repenting for his sins each time he commits a crime.
The two had witnessed a terrible event on Okinomabune Island in the neighboring of Okinawa Island 15 years ago. During the incident, all the island residents are killed by a poisonous gas (called "MW," a secret chemical weapon), which leaks from the storage area of foreign military forces on the island. Yuuki also goes mad under the affect of the gas.
While taking revenge on criminals who cover up the event, Yuuki finally locates the whereabouts of MW. Knowing that he has little time left, as his brain and heart are increasingly affected by MW, he plans to release MW all over the world when he dies, to bring the whole human race to extinction. 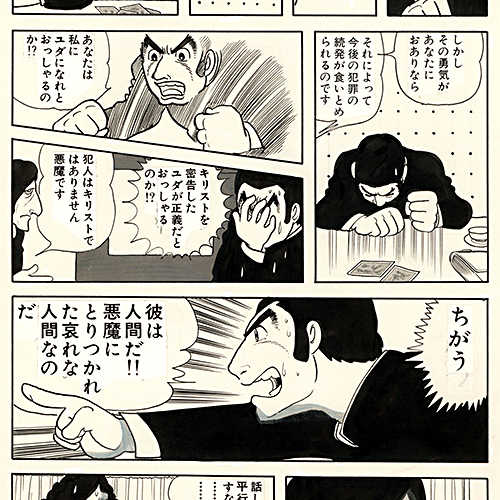 Prior to this work, Tezuka Osamu wrote "Vampire" (1966 to 1967), about a vicious boy named Makube Rokuro, who leads a life of crime.
"Vampire" was critically acclaimed at its publication, and was to become known as one of Tezuka Osamu's major works as well as a groundbreaking one for him.
However, since the medium of publication was a boys' magazine, Tezuka Osamu was limited in his use of expression.
The work was actually intended to pursue the ultimate possibilities of picaresque in the form of a Manga for young adults, featuring an arch villain.
The central character is the cold-blooded Yuuki Michio, who has absolutely no conscience. And instead of stopping him from committing his crimes, Father Garai actually supports him. In this exceptional work, Tezuka Osamu shrewdly reveals through these characters the vulnerability of human beings and the concept of latent "original sin" that lurks inside us. 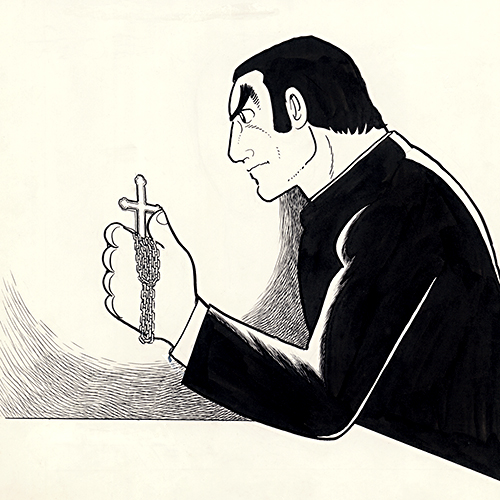 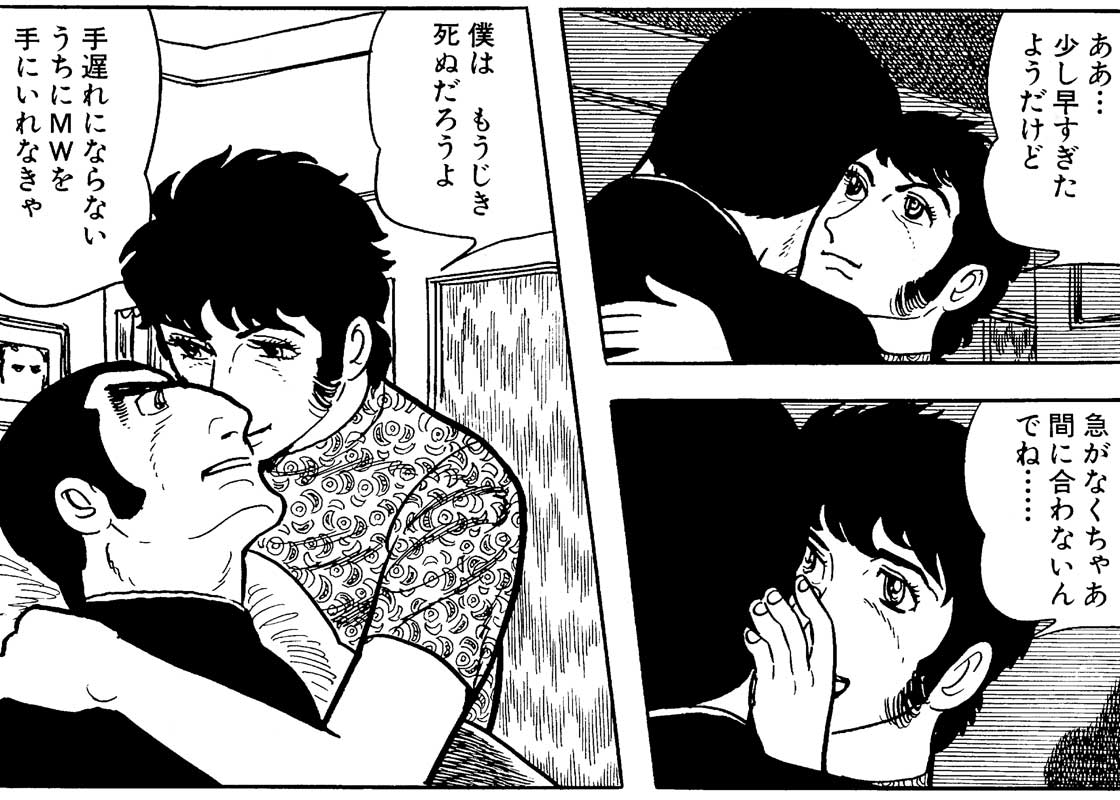