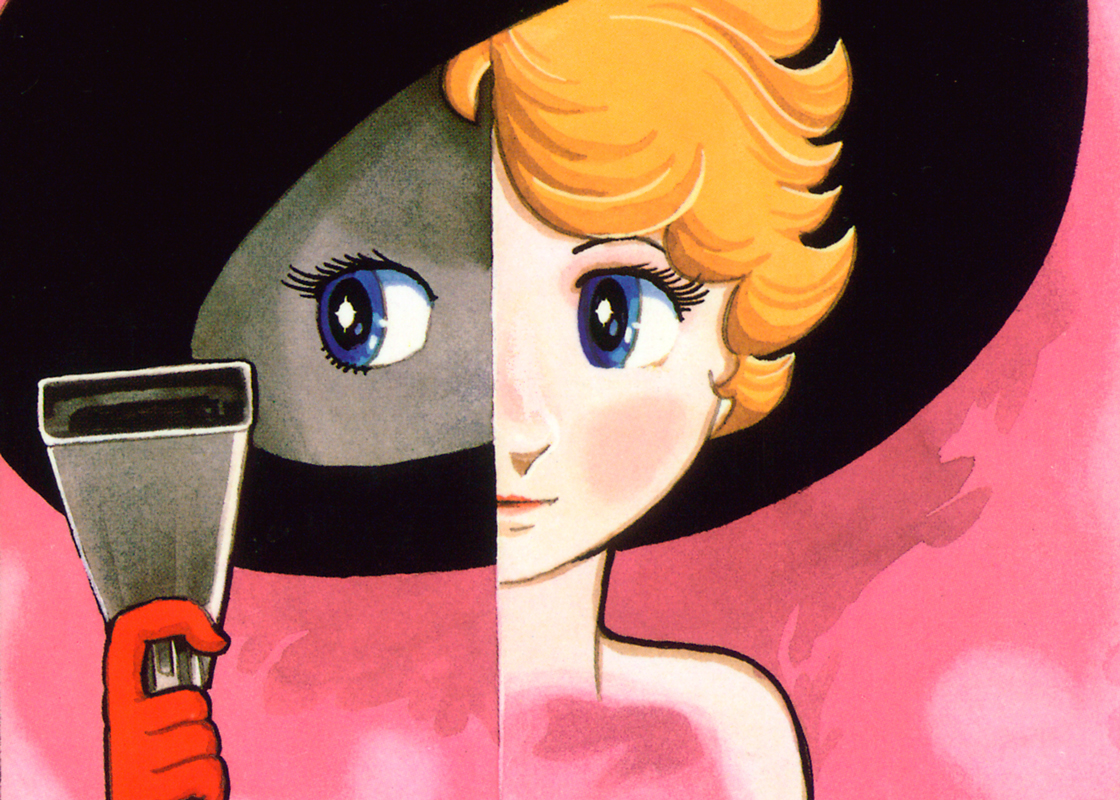 "Alabaster" is a criminal science fiction of suspense depicting the dark side of the human psyche that envies beautiful things.
James Block is a young black man with sinister intentions. When he is in prison, a strange old man tells him about the "F" laser beam that makes humans and any other living things invisible. After he has been released from prison, James receives the F laser beam. But because the beam is imperfect, he becomes semitransparent with an ugly figure. From that time on, he calls himself "Alabaster" and hates anything beautiful.
Using the F laser beam, he begins to eliminate hypocrites and those who boast of their beauty. When living things are exposed to the F laser beam long enough to become transparent, they die. Meanwhile, Dr. F, who told Alabaster the secret of the F laser beam, had previously used his daughter as a guinea pig to investigate its effects. The daughter, who was pregnant at the time, gave birth to a girl. The girl, who was named Ami, is completely invisible. Alabaster approaches Ami and begins to use her for his dark purposes. 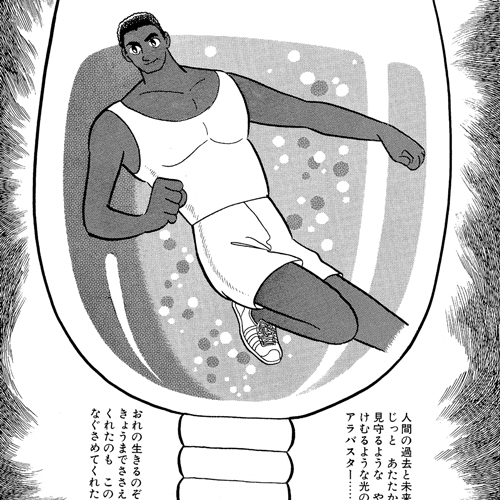 Tezuka Osamu was well known for his excellent understanding of human nature, and for having loved people and the natural world. He also wrote many stories of suspense that depicted men's evil minds. "Alabaster," "Vampire"(1966-1967) and "MW"(1976-1978) are outstanding examples of this type of story.
When first published in a boys' magazine, "Alabaster" caused a controversy. Following his appearance in "Vampire," Rock appears in this work as a cold-blooded, narcissistic FBI official whose viciousness catches readers' attention. "Alabaster" is named for alabaster, a white or semitransparent stone that is used for making decorative objects or statues. It is not produced in Japan. 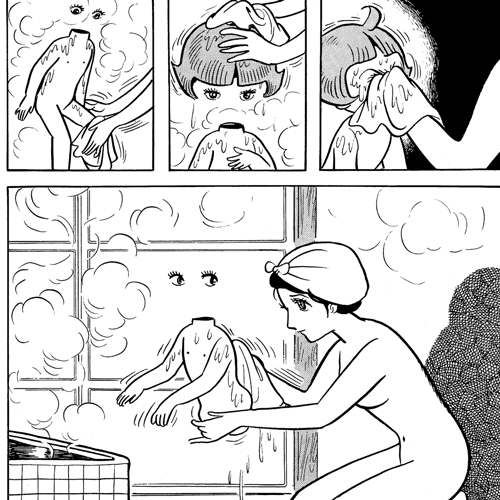 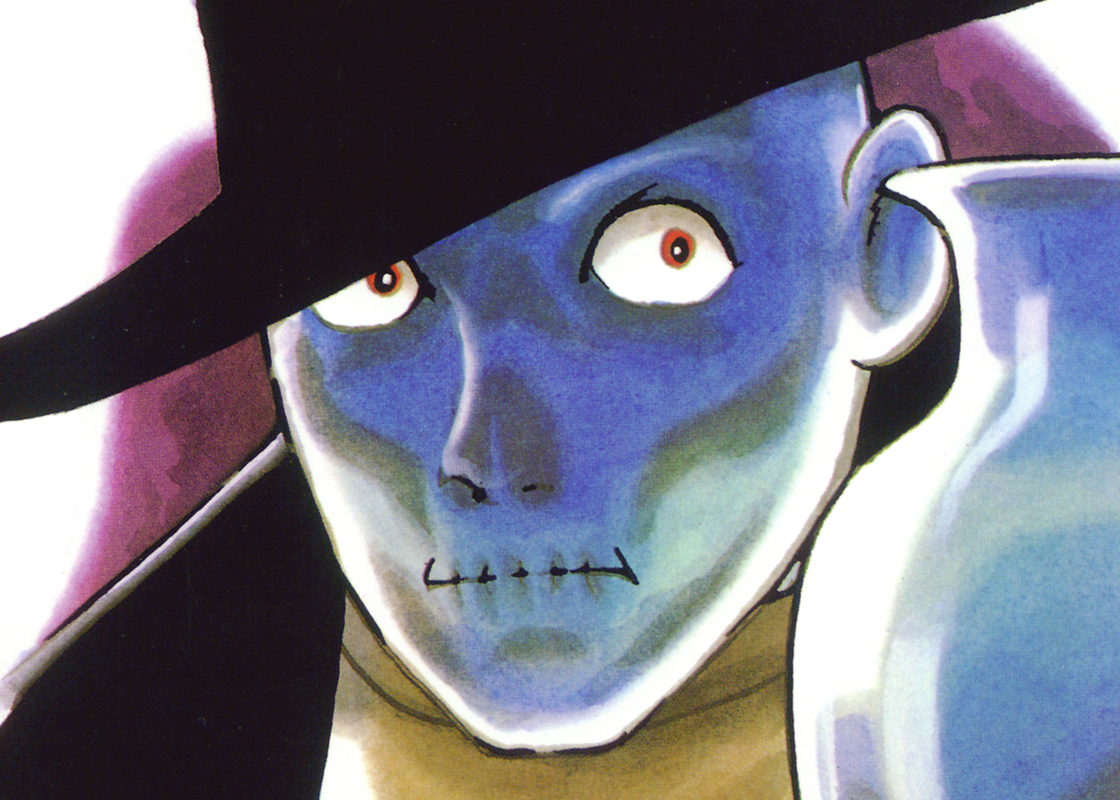