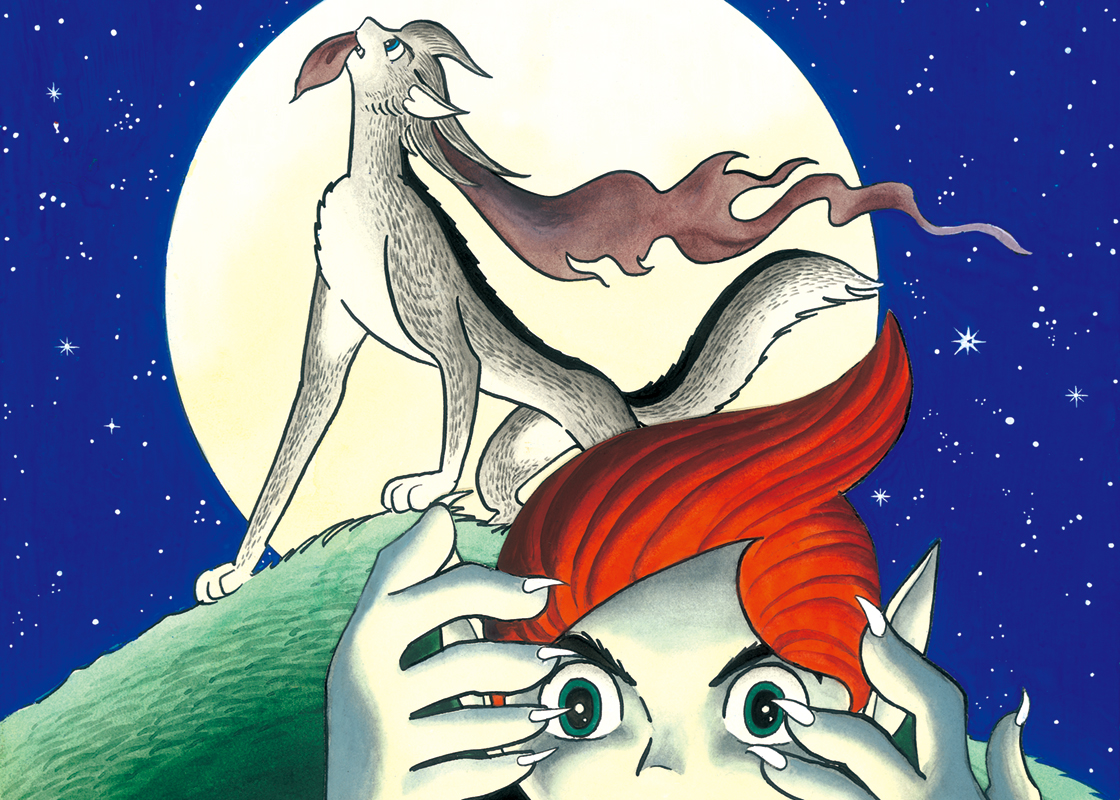 This is a ghost story of a boy by the name of Toppei who transforms himself into a wolf. 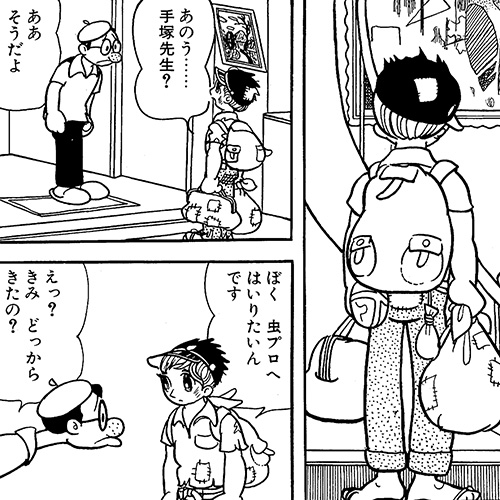 One day, a boy who identifies himself as Toppei suddenly visits Mushi Production and asks Mr. Tezuka Osamu, the president of the studio to employ him. Actually, he is a wolf man who belongs to Vampire family and came to Tokyo to find his missing father. But he comes to be exploited by a bad guy by the name of Rock who happens to know his true identity. On the other hand, Vampire family having been oppressed by humans for a long time are secretly preparing for Vampire revolution. Knowing that, Toppei and Tezuka try to stop the revolution while Rock plans to use it for his ploy. All the schemes of all the parties involved, even that of Police, are entangled to make things worse, and Toppei finds himself gradually cornered. 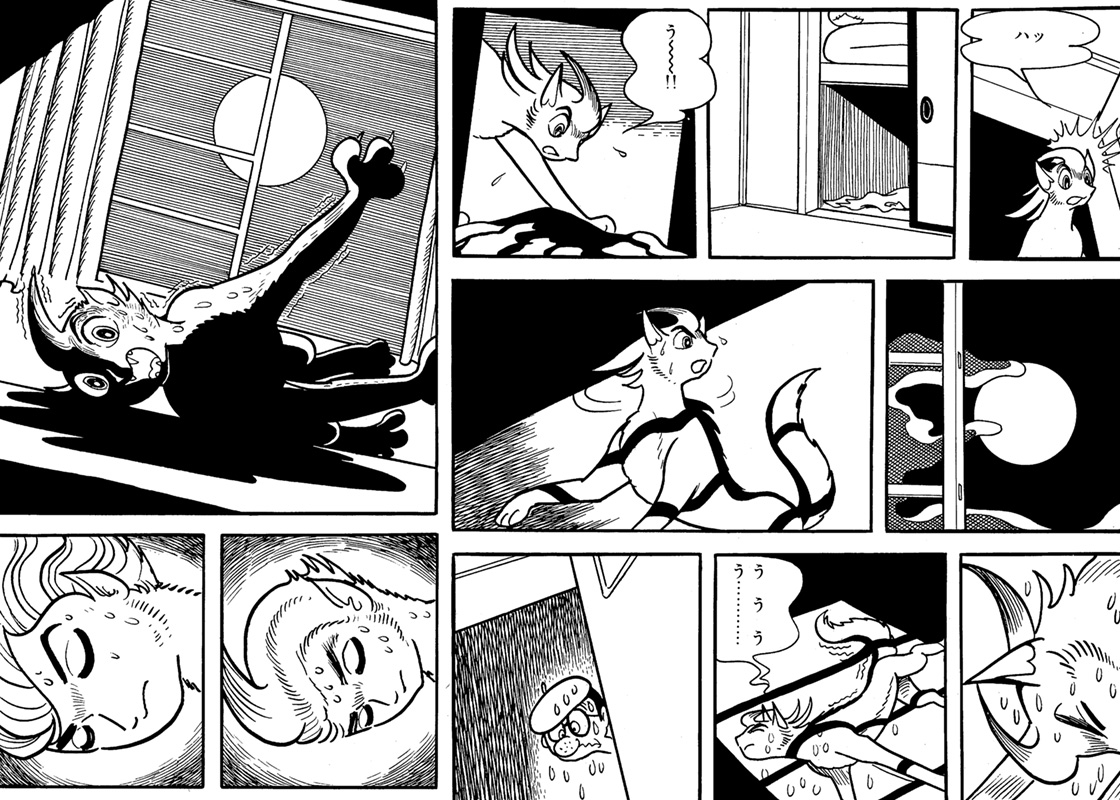 As Tezuka mentioned in his comment, the work was a kind of a challenge for him since it was nothing like his other works featuring a boy with a sense of justice, such as Astro Boy and Zero Man. The work was a deviation from the mainstream. In this work, Toppei appears as the leading character such as Astro Boy and Ricky, but the readers would find Makube Rokuro known as Rock is more attractive. 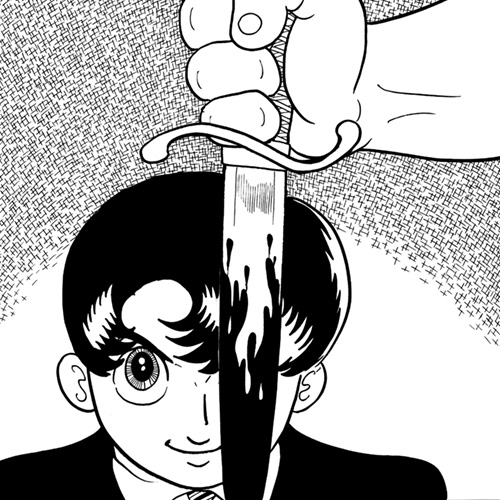 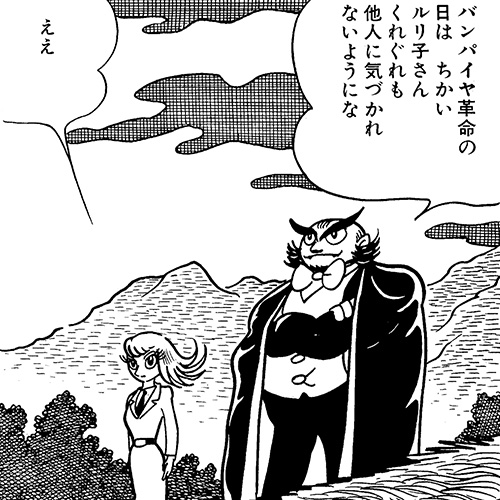 This work was created based on Macbeth by Willian Shakespeare. Rock plays the role of Makube Rokuro, a suspicious man and the embodiment of evil. The first part about the conflict between Vampire Family and humans was serialized on Shukan Shonen Sunday and the latter part with Ueko was serialized on Shonen Book, a monthly comic magazine targeted for boys. 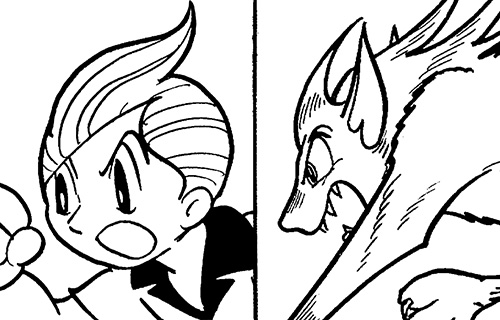 Toppei comes from a mountain village in Kiso* to Tokyo. Then he is hired at Mushi Production as a pageboy. He seems amenable but sometime behaves abnormally since his true identity is a vampire who transforms himself into a wolf when he gets angry. *Kiso is a mountainous region in Nagano prefecture in Japan.
>Character/Toppei 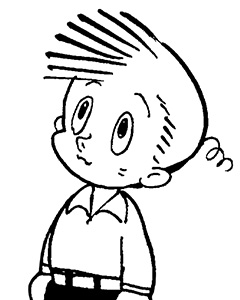 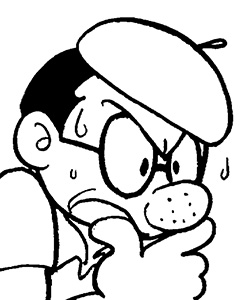 Chippei is Toppei's younger brother. He transforms himself into a wolf when he sees anything round.

Tezuka Osamu is a manga artist and the president of Mushi Production. After hiring Toppei, he comes to be involved in Vampire incident. Noticing the existence of on-going Vampire revolution plan, he works behind the scene to stop it.
>Character/Tezuka Osamu 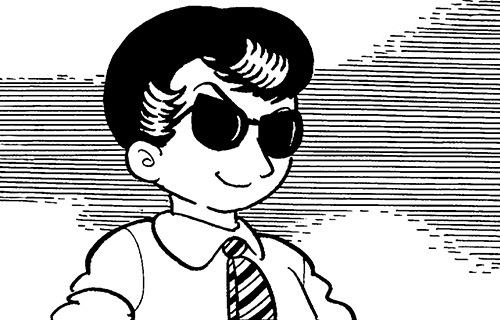 Rokuro is a handsome boy who is good at wearing disguise. Actually, he has murdered several men in an insidious way. He comes to plan to destroy the world by utilizing Vampire after finding their existence.
>Character/Rock 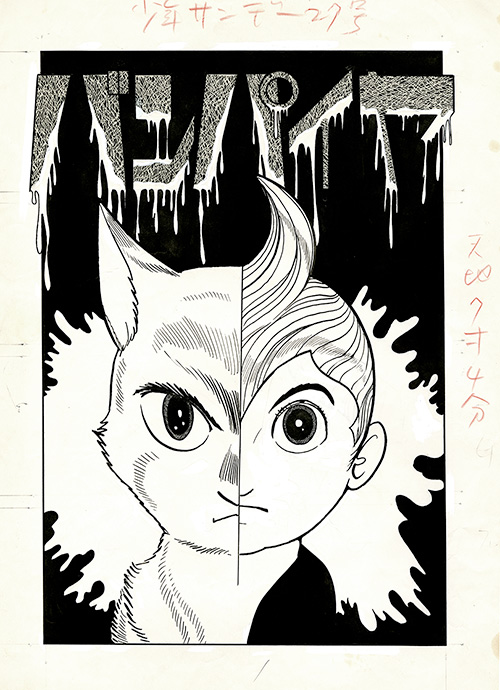 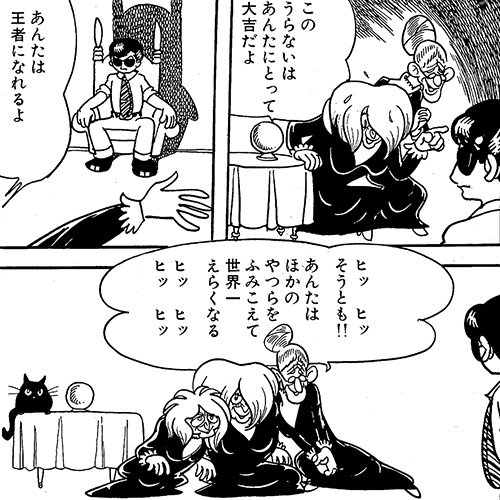 The three fortunetellers predicting the world conquest by Rock

(excerpt from "Condolence to Tezuka Osamu" published on Hanashi no Tokushu, October 1966 Issue)

I began to serialize Vampire on a boy's comic magazine recently and received severe criticisms from the readers, "A total failure. Stop the serialization! Tezuka is past tense." "He is insane. The illustration is rough and the story is cliched. No creativity is found. He just wants to make money." I got mad at such comments and I could not stand jumping out of my chair, scratching my neck, plucking my nose hair and clipping off my corns to calm myself down. Most of those readers are my long-time fans who are older than high school students. I felt upset, blessed, sad, miserable, and pleased at their comments. They expect of heroism, pessimism, nihilism, humanism, lyricism, justice, peace, moral, saga and moving climaxes in my works. By the way, Mr. Taniuchi Rokuro, the illustrator for the covers of Shukan Shincho, has continuously made his illustrations in the same fashion. It' s said his long-time fans do not want him to take any chances in his work. The same may apply to my fans. They have a certain image of my manga. Probably they are satisfied when my works retain such image. I do not want to disappoint them. On the other hand, I am afraid I totally get stuck in a rut, or so-called Tezuka style. I wrote manga targeted for children. I am definitely sad if children are not satisfied with my stories no matter how much grown-ups like them. Children constantly change along with the times, meaning I need to change my style constantly to attract them although it results to betray my old fans' expectations. I feel like I am Hamlet telling Ophelia, "Get thee to a nunnery." I have kept such conflicted feeling for the past twenty years. And every time I attempted something new, I was criticized awfully. (omitted) Vampire is a parody of Macbeth (well, I still have a nerve to promote it). I really like Shakespeare as much as Mr. Saito Mokichi does, however, I dislike Macbeth and Richard the Third. They are too much, just like Russian lamb recipe for me. Probably they don't fit my style. But I picked out Macbeth because I wanted to use it as the framework of the work asking a nonsense question that "What evil is". The story starts from the scene that Makube Rokuro, the main character, meets three old fortune tellers at Oyafuko street in Yokohama. They force Rokuro to eat Kyuryuchu* and tell him he would conquer the world. The scene received overwhelming criticisms from the readers even though it was just the beginning. The readers must have felt awkward at the sudden and odd opening. I tried to accept their reaction in a positive way, though, it's hard for me to hide my irritation and doubt. (omitted) *Kyuruchu is a small insect often eaten as it is as a medicine.

The three fortunetellers predicting the world conquest by Rock 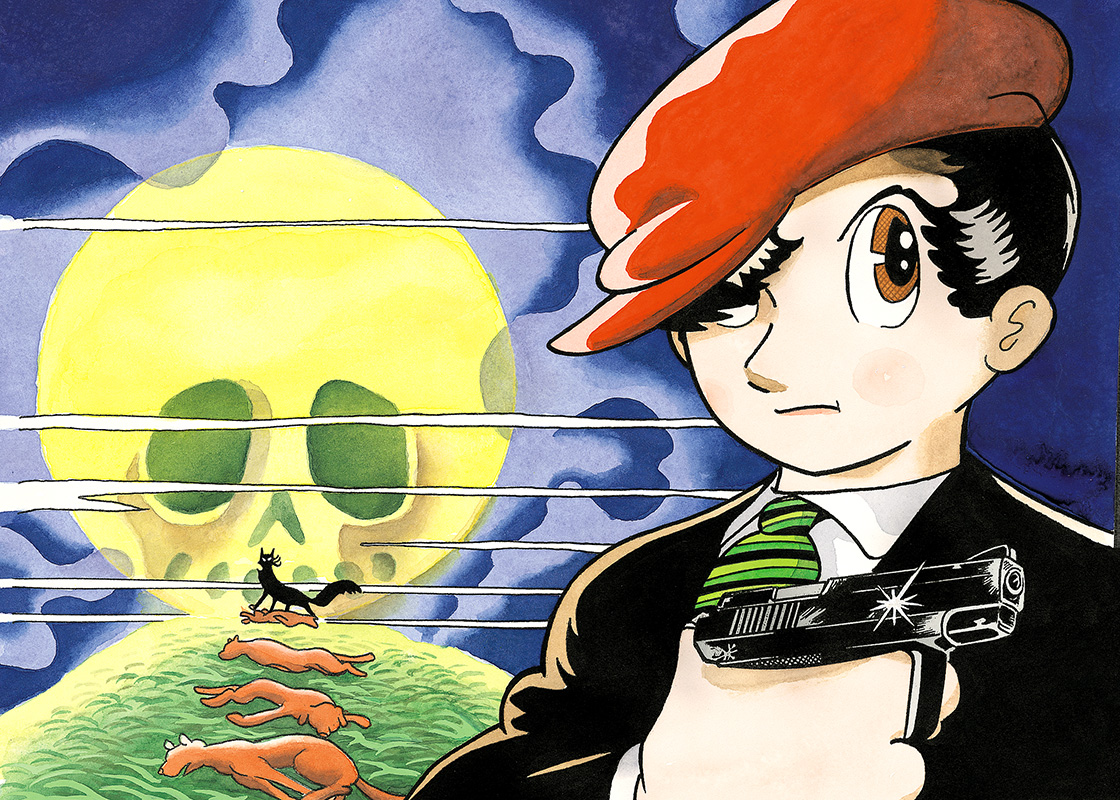