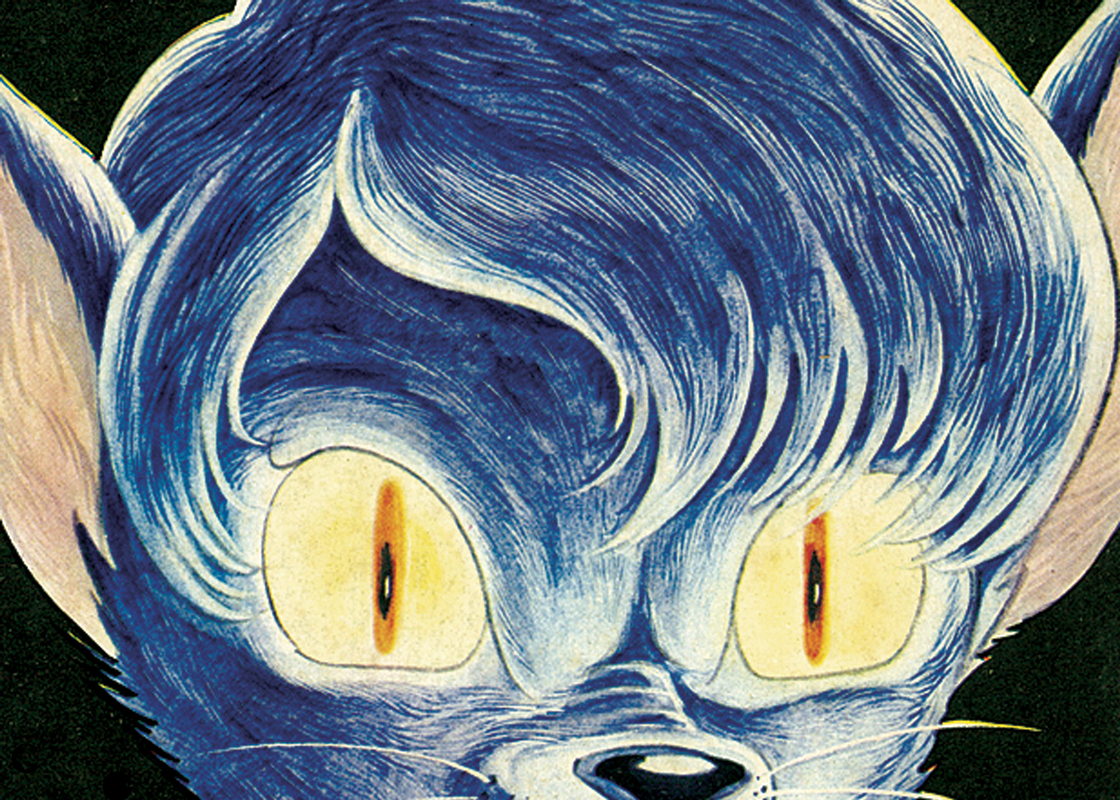 This is a horror crime story in which devilish Rock once again attempts to take advantage of the strange creature Ueko in carrying out his wicked plan.
The devil boy, Makube Rokuro or "Rock," is in fact alive though he had been assumed dead.
After capturing the creature Ueko in inland Taiwan, Rock returns to Japan.
Ueko is a cat-like animal that lives on the blood of other animals, and can transform itself into any human being as a means of protection. In short, Ueko is exactly the opposite of the vampires, who transform from human into animal form.
Rock plans to overtake the Hiyama family conglomerate and its heritage by training Ueko to transform into Hayato, the son of the company president. Rock believed Hayato to be dead, but he was in fact still alive despite having suffered memory loss.

(The story ends abruptly as the work remained incomplete). 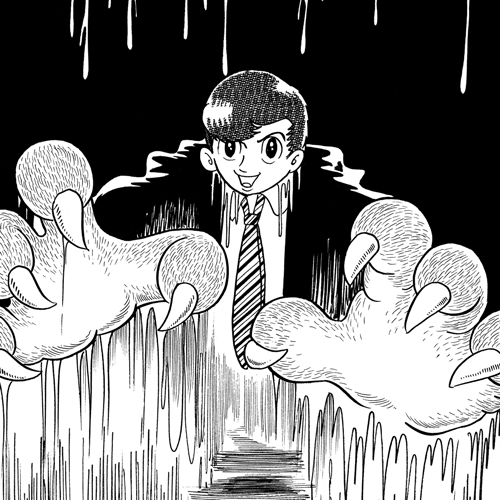 At the end of Part 1 of the story, which appeared serially in "Weekly Shonen Sunday," Rock goes mad, falls into the sea, and drifts away. A year later, however, he is featured alive again in Part 2, which appeared serially in the "Monthly Shonen Book."
Toppei, the main character in Part 1, also appears, but he and the other vampires play supporting rather than major roles in Part 2. This story focuses mainly on Rock and Ueko.
Another feature of Part 2 is that Weco is portrayed as embodying the goblin cat legend in Japan. Here, the story takes on a narrative style, weaving episodes of the Edo Period into the current episodes.
The work was unfortunately never finished due to the suspension of "Shonen Book."
In this connection, Tezuka Osamu published sequential short stories called "Metamorphose," all of which shared the common them of "transformation" in "Monthly Shonen Magazine" between 1976 and 1977. The characters of Rock and of a werewolf who transforms himself into a human being appear in one of these stories, entitled "Woobit."
Though this is not meant as a follow-up to "The Vampires," it is interesting if read subsequently. 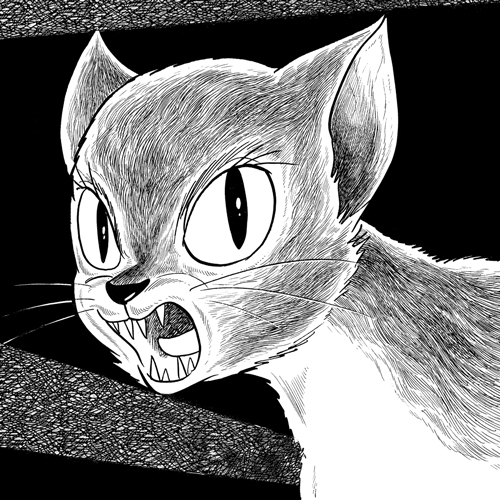 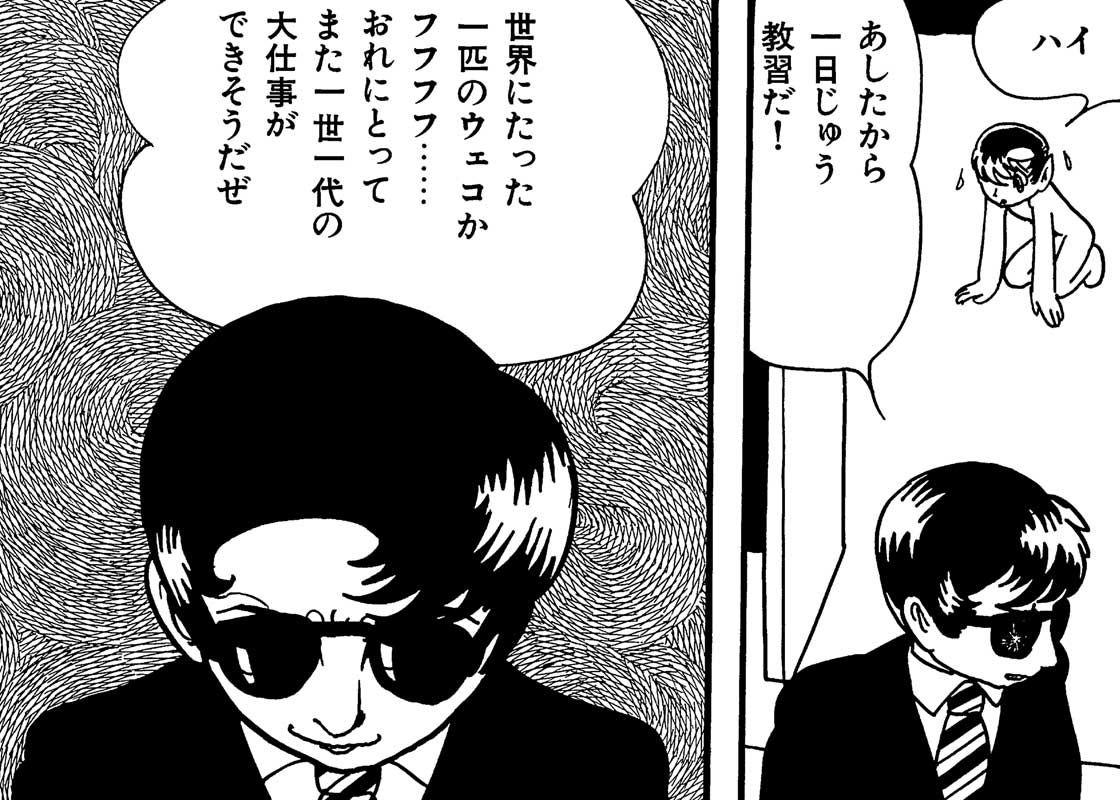