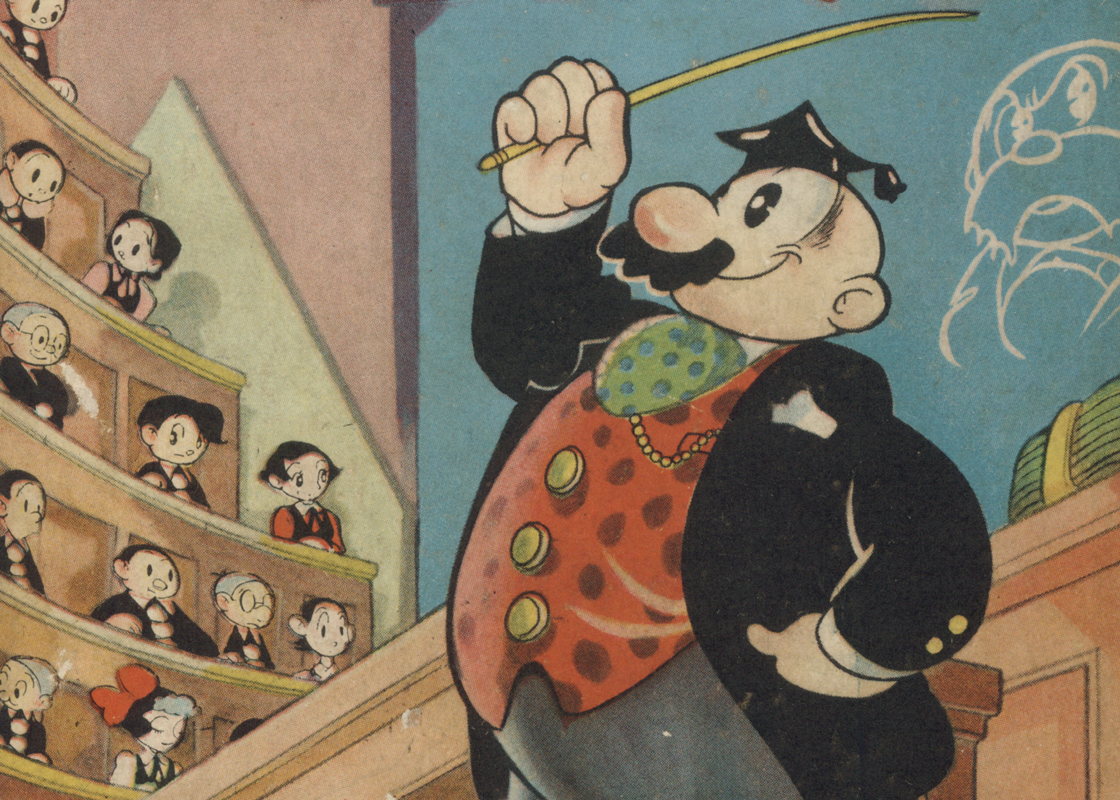 This work provides information on how to enjoy drawing Manga, while introducing three middle-length Manga stories and 23 four-strip Manga as examples.
The very first scene of this Manga is the entrance examination of the Manga College, which is followed by descriptions of tools given by the Principal. The explanation of how to use these tools leads to the first illustrative story.
The first story is a story staged in the Civil War period of American history, in which Monster, who appeared in "Pistol Angel," plays a villain.
The second story is anecdotal: it is about a purse that can fulfill three wishes. The purse was given to Chieko, a poor farmer, by the deity of poverty.
Next, examples of 4-strip Manga follow, including the "Mah-chan's Diary." The last story is an all-star-cast thriller Manga, featuring Kenichi, Higeoyaji, Rock and others. 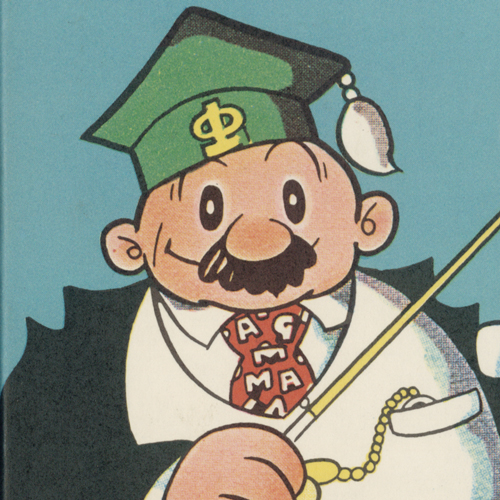 Although the setting of the story is a learning center for aspiring Manga artists, it is so well organized that the examples themselves are fully readable on their own.
Tezuka Osamu later noted that the guidance given here on Manga was only meant to be supplementary (see the post script of the Complete Works of Tezuka Osamu, put out by Kodansha Ltd.). However, as this was the very first book to appear on how to draw full-length Manga, it became a manual for children aspiring to become cartoonists.
Later on, "Manga Classroom" (1952), appeared serially in the magazine "Manga Shonen" published by Gakudo Sha, featuring the re-appearance of Dr. Nandemo-kandemo. In "Manga Classroom," instructions on how to draw Manga are more detailed. 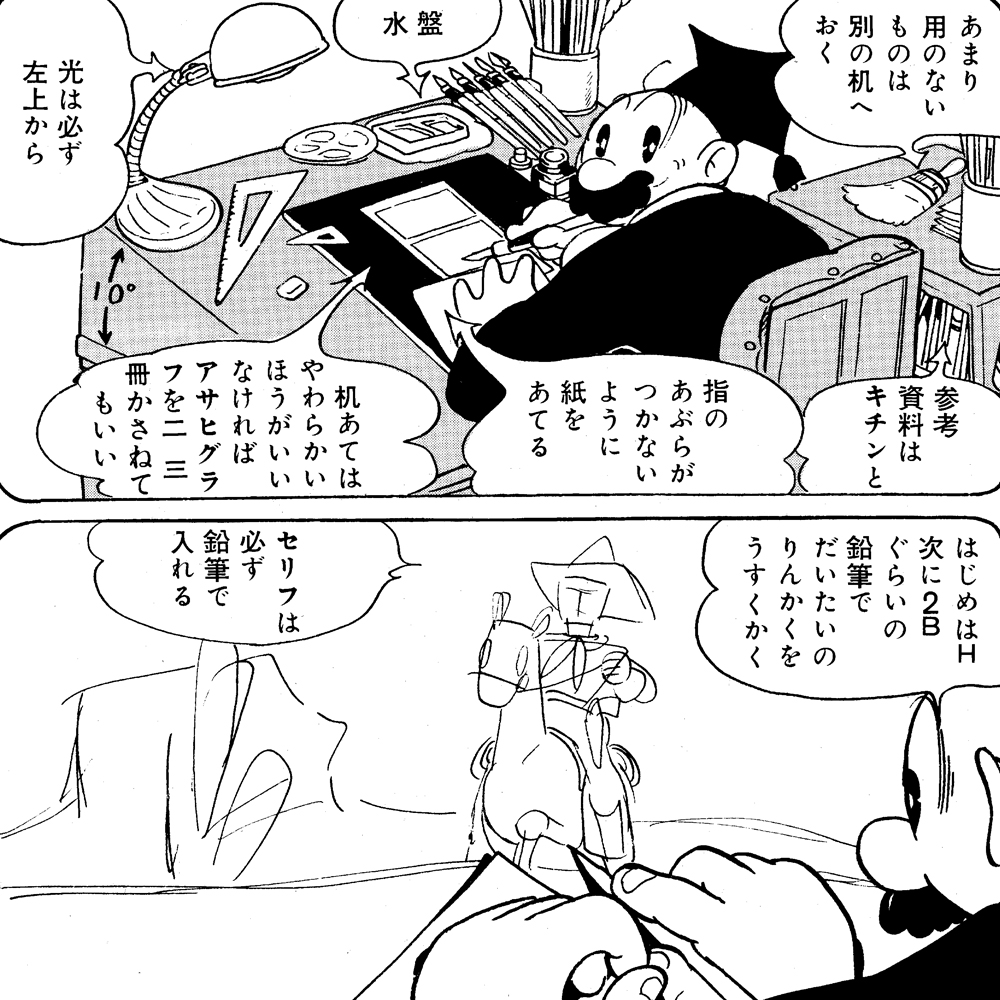 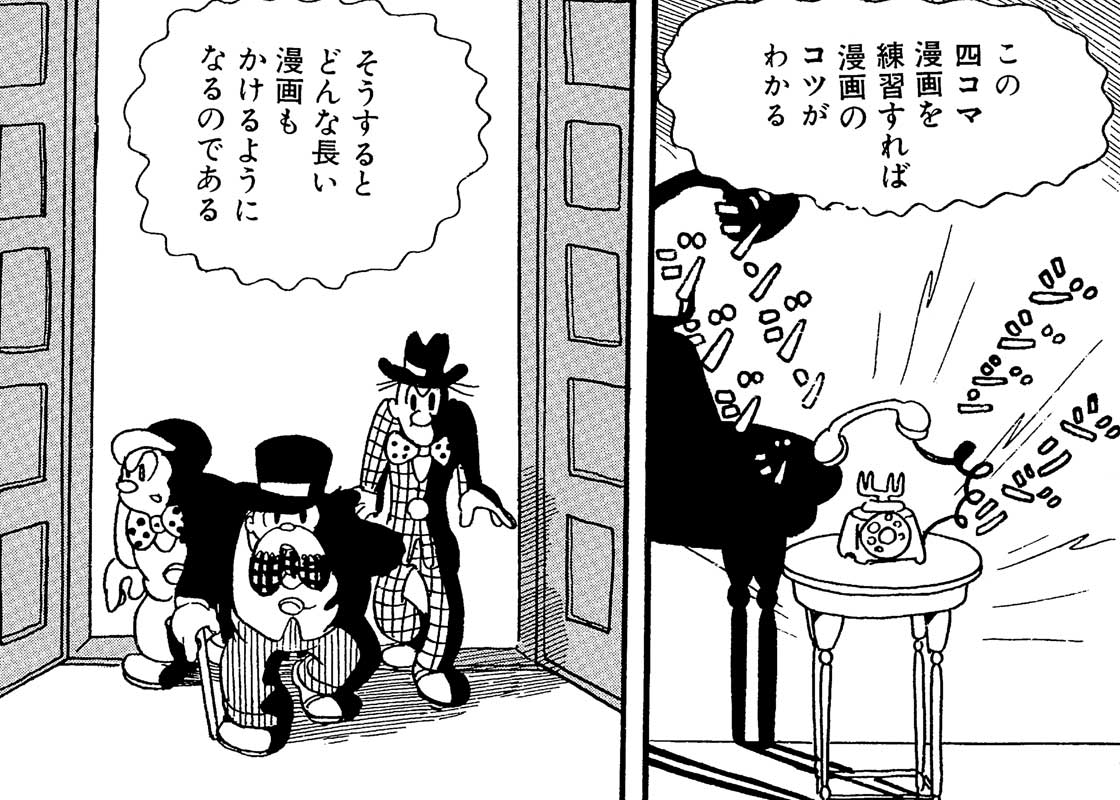