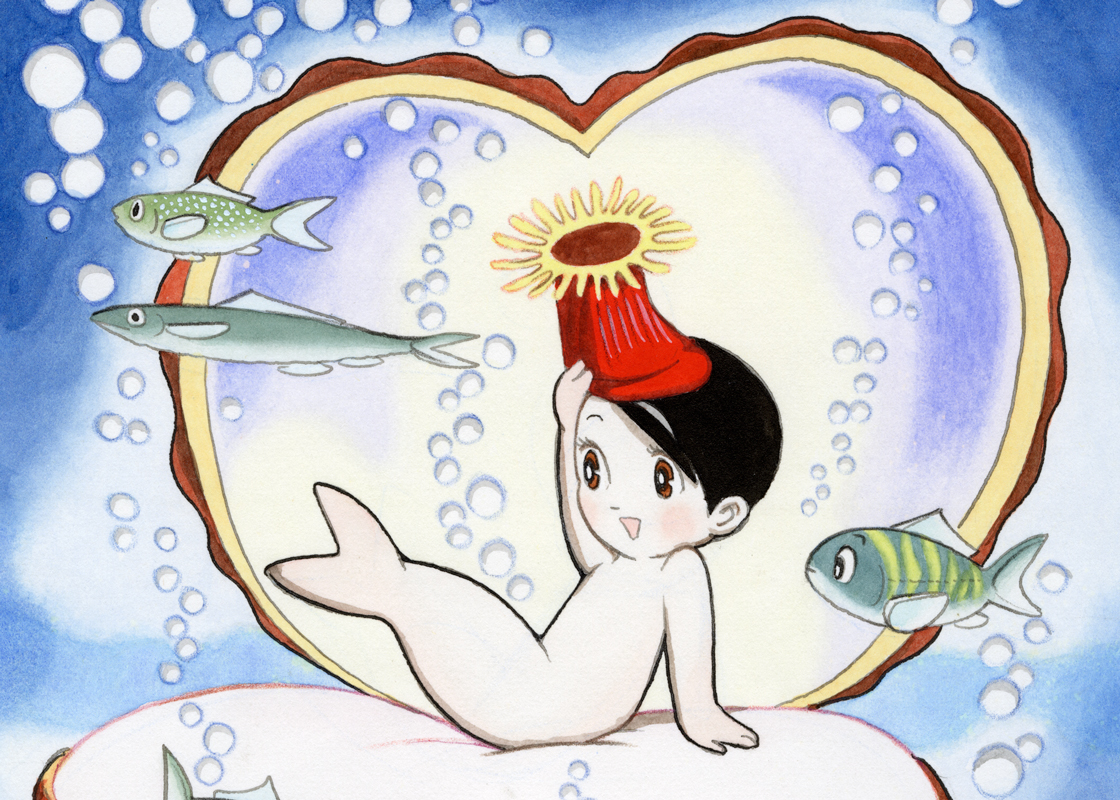 This is a fantasy in which the mermaid Pipy goes off on a host of adventures with the sea turtle Gabo and the prince of a machine-controlled island named Engilin, who appears as a car. Dr. Lehman researches the process of how to transform man into mermaid, projecting that land areas would be overcrowded with humans in the near future. He uses his newborn son for his experiment, turning him into a mermaid.
Lehman is imprisoned together with his wife for the presumed murder of his son.
In the meantime the son who had fled into the sea is saved and brought up by a friendly turtle, and given the name Pipy.
Pipy embarks on various adventures with his sea turtle friend Gabo, who was brought up together with him. 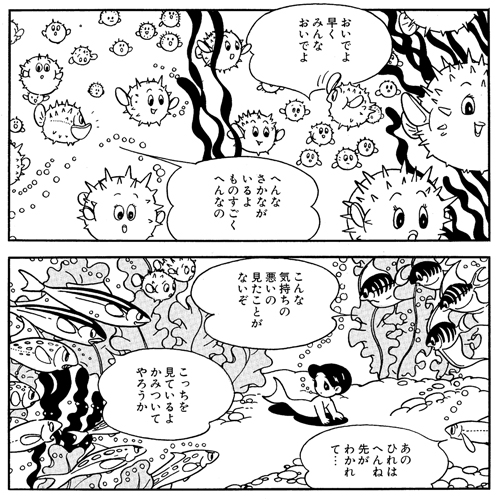 The story of the mermaid Pipy was originally developed for book form. However, before it was completed, part of the concept of the story was used for the book "Kaseki-jima (Fossil Island)" (1951), the completion of which was delayed.
This work was later published in "Omoshiro Book," a magazine for children, as a new series.
The mermaid was one of Tezuka Osamu's favorite characters, and appears in many of his works. Pipy also reappears much later as "Pipiko" in "Triton of the Sea" (1969-1971). 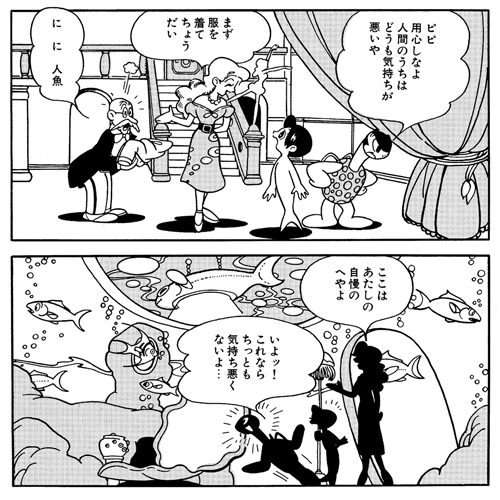 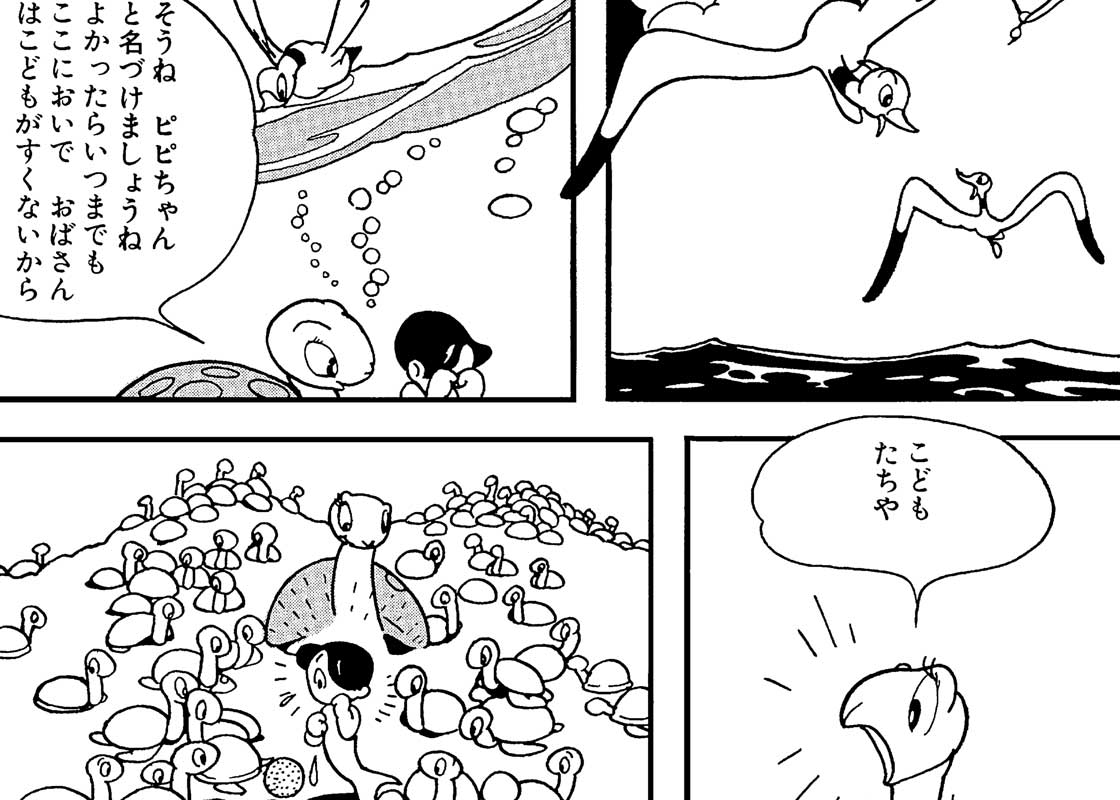