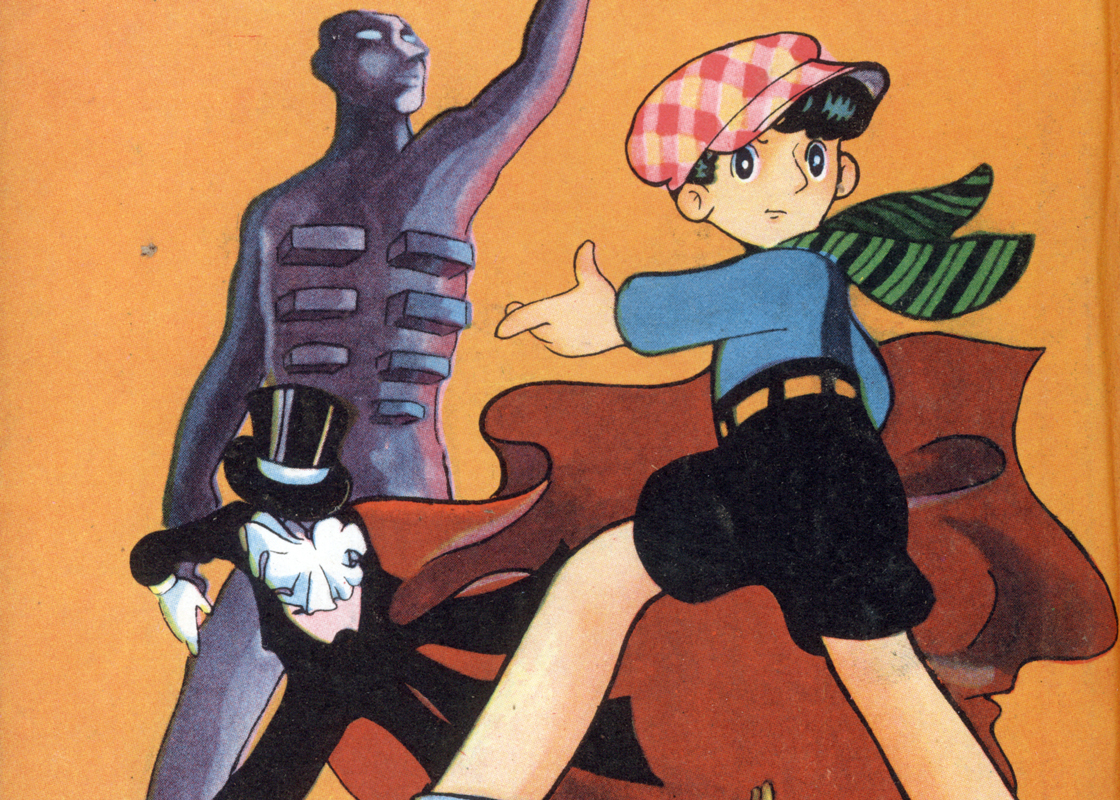 "Fossil Island" is an omnibus story featuring the dreams of three travelers who visit Fossil Island. They are Rock, a newspaper reporter, Kodama, a songwriter, and Tezuka Osamu, a cartoonist.
There are many strange rocks on the island that look like human figures. After they see the rocks, the travelers have strange dreams associated with the rocks. Rock dreams that he becomes partner to Sherlock Holmes and fights against the phantom thief Lepin for a hidden sculpture. In his dream, Tezuka Osamu, by eating ancient foods, goes to a world where humans have animal brains and animals have human brains. Meanwhile, Kodama, in her dream, is robbed of her body by Eros, the god of love, and goes to Heaven. 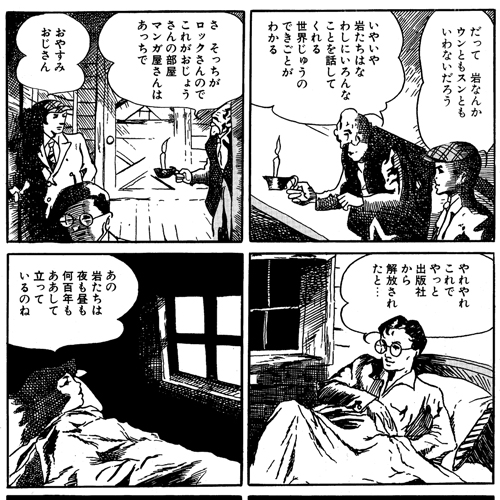 In "Fossil Island," Tezuka Osamu used an experimental writing style, describing the real world with a serious touch and the dream world with a Manga touch. The dream world consists of five stories. When he wrote "Fossil Island," he was beginning to shift his focus from books to magazines, so it took him a full year to finish writing it. The last episode of "Fossil Island" is a story of the mermaid Pipi, which was originally conceived for another book but hastily adapted for "Fossil Island." Later that mermaid story was serialized in the "Omoshiro Book" under the title of "Little Pipi"(1951-1953). 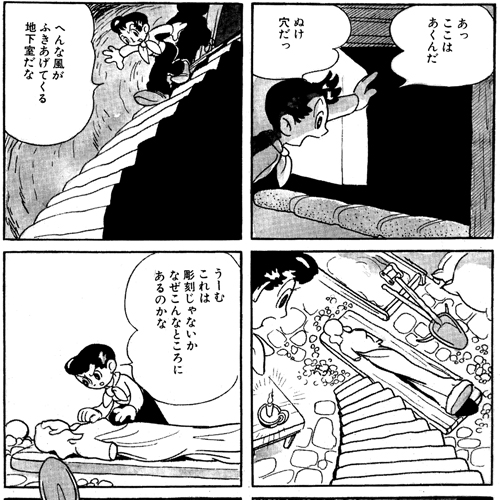 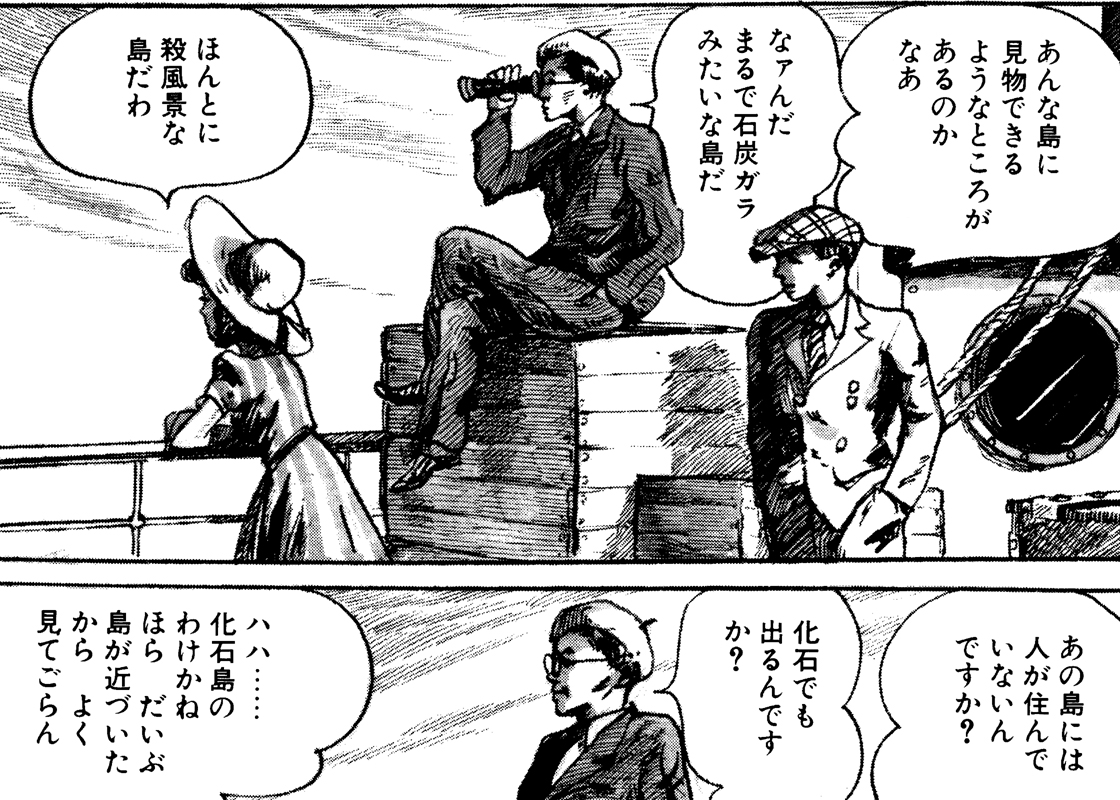