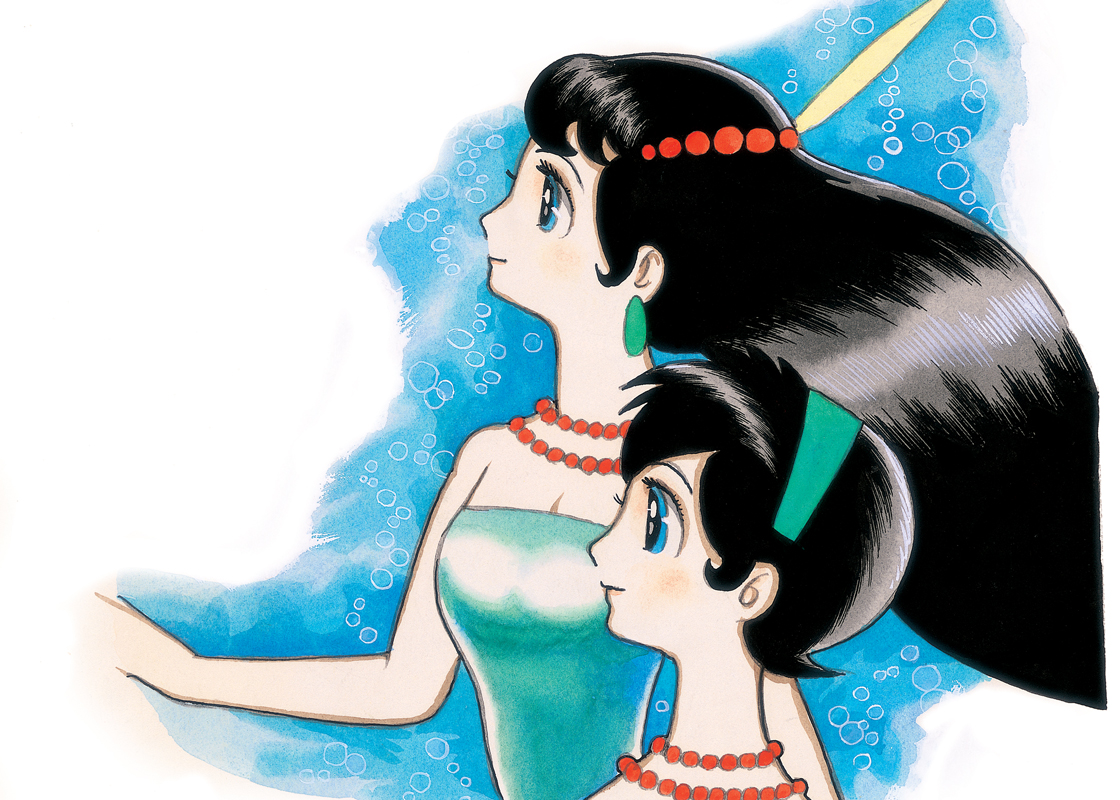 "Angel Hill" is a fantasy story depicting the stormy life of a mermaid princess, Luna.
Luna is put into a seashell and floated out to the sea because she breaks the rules of the Angel's Island. She is then rescued by humans aboard a ship but sold as a slave. She loses her memory and is treated very badly. Then comes Eiji, the son of the rich Kusahara family. He saves Luna and takes her to Japan. Surprisingly, Luna and Eiji's younger sister, Akemi, look as alike as if they were twins. Akemi, who has a perverse nature, turns into Luna on a whim. Akemi is kidnapped and taken to Angel's Island with Eiji. There, Akemi is almost offered as a sacrificial offering by a female shaman, Pyoma. Meanwhile, Eiji meets Soleiu, Luna's older sister, and together they get involved in the secrets of the island. 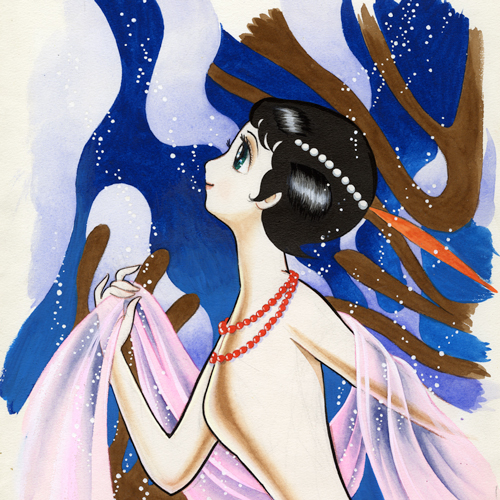 Tezuka Osamu loved to write about Mermaids, and they appear in many of his works, including "Pipi-chan"(1951-1953) and "Princess Knight"(1963-1966). In "Angel Hill," in which the main character is a mermaid, the description of mermaids is more complex than in his other works. In this work, female mermaids are described as having the upper bodies of humans and the lower bodies of fish. Male mermen are described as the opposite: fish on the upper body and human on the lower body.
When the mermaids and mermen are exposed to gas released by the eruption of the volcano on Angel's Island, they are take on a human appearance, and establish a kingdom. They can live both in the sea and on land. Luna is from this kingdom. Meanwhile, real mermaids and mermen cannot live on land, so they sever ties with human-like mermaids and mermen although they live in the sea near Angel's Hill. Then comes Pyoma, who manipulates both sides hoping to make her son the king of Angel's Island. Pyoma is a human-like mermaid with scales covering her body. But her son, Pirene, is much closer to a real merman. He has not only scales but also fins, and cannot live on land.
It is surprising that so many kinds of mermaids and mermen appear in one story, but it clearly shows the writer's strong affection for mermaids. 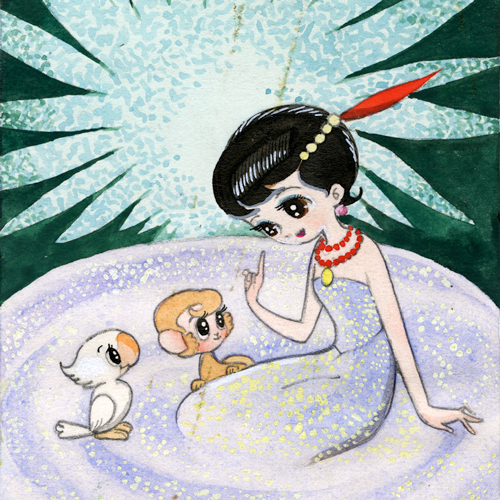 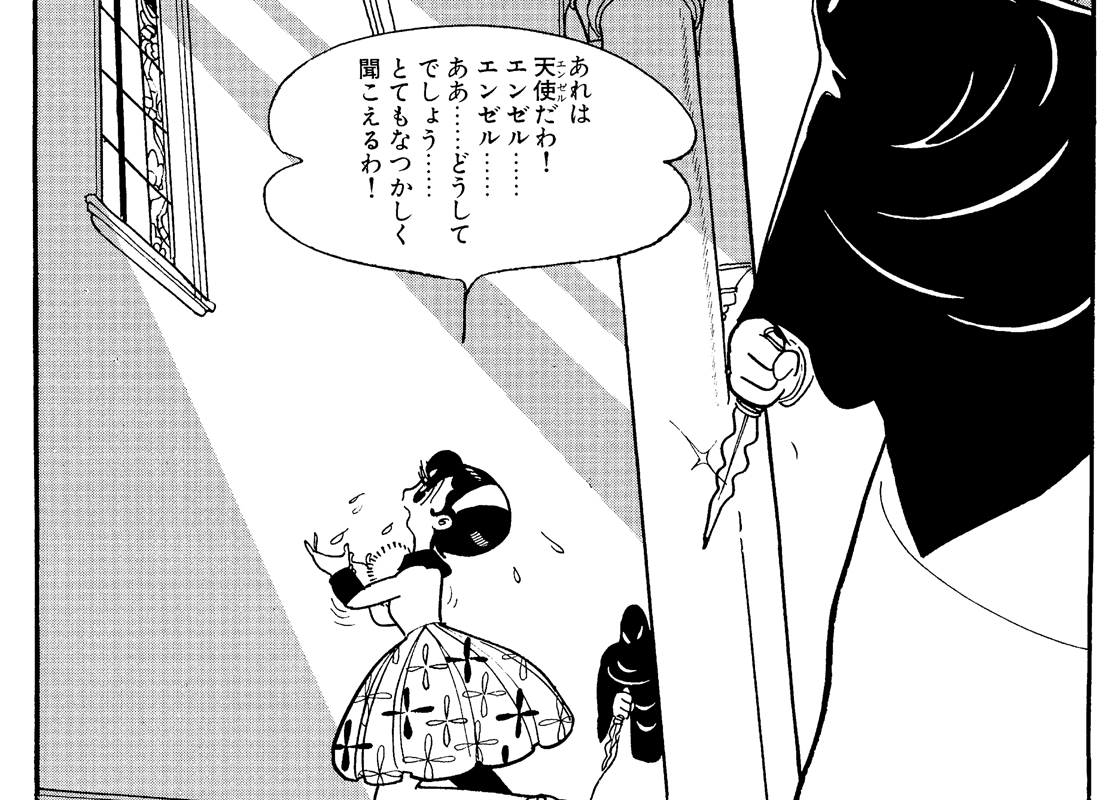