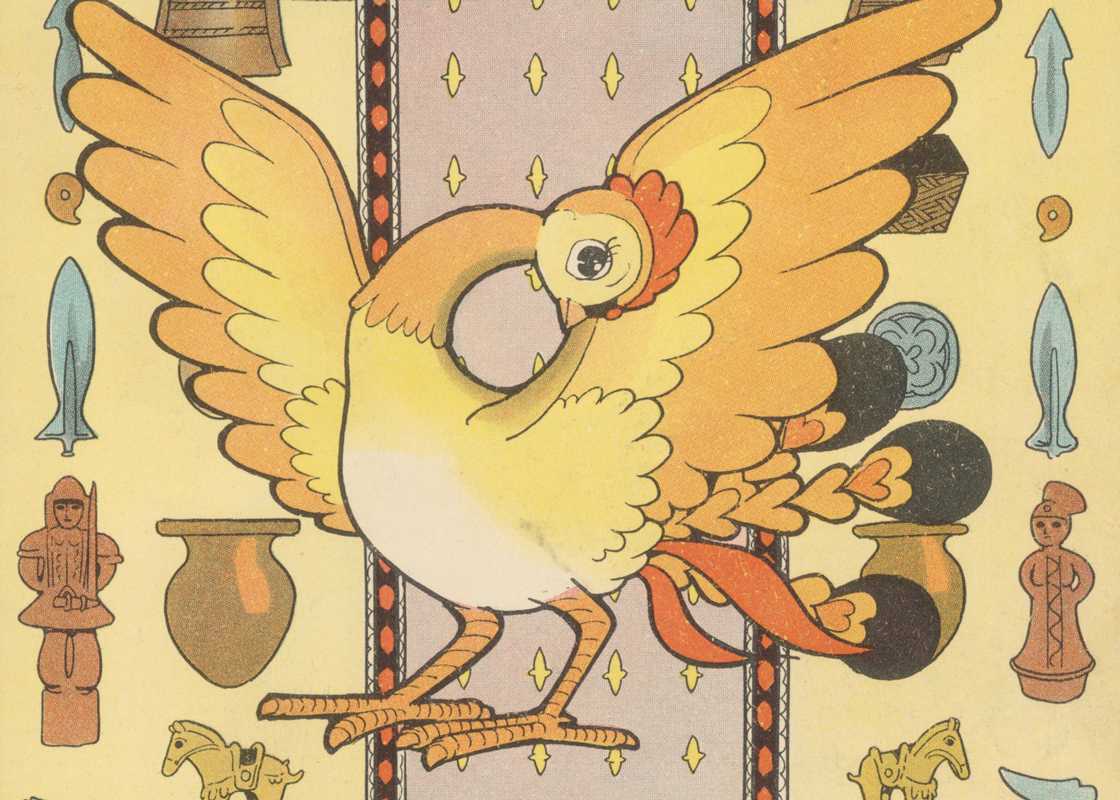 This is the invaluable Part 1 of Tezuka Osamu's lifework, "The Phoenix," which was never completed.
The setting is the mythical age of Japan in the latter part of the 2nd century. Iza-nagi, who saves the Phoenix's egg from fire started by molten lava, is given lifeblood of the Phoenix as a token of her thanks.
Iza-nagi and his younger sister Iza-nami, who gain 3,000 years of life after taking the blood of the Phoenix, depart for the north in search of a new world with a baby Phoenix, along with the monkey Yota, the rabbit Popo and the tortoise Noro, who protect the child.
Landing on an island, they are given the name "Amaterasu O-mikami" from the residents, and became the living gods of the tribe.
Meanwhile, upon hearing the rumor about the Phoenix, Himiko, the Queen of the neighboring country, Yamatai, orders her follower Sarutahiko to capture it. 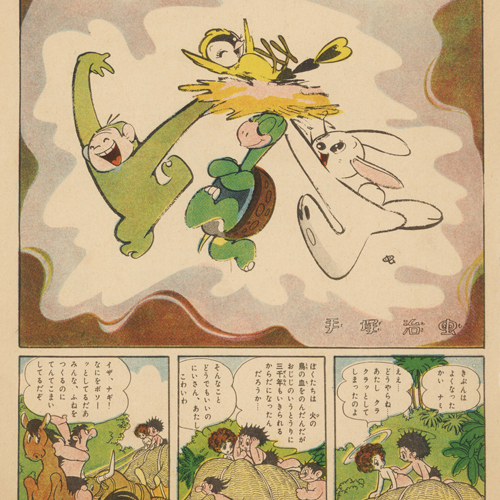