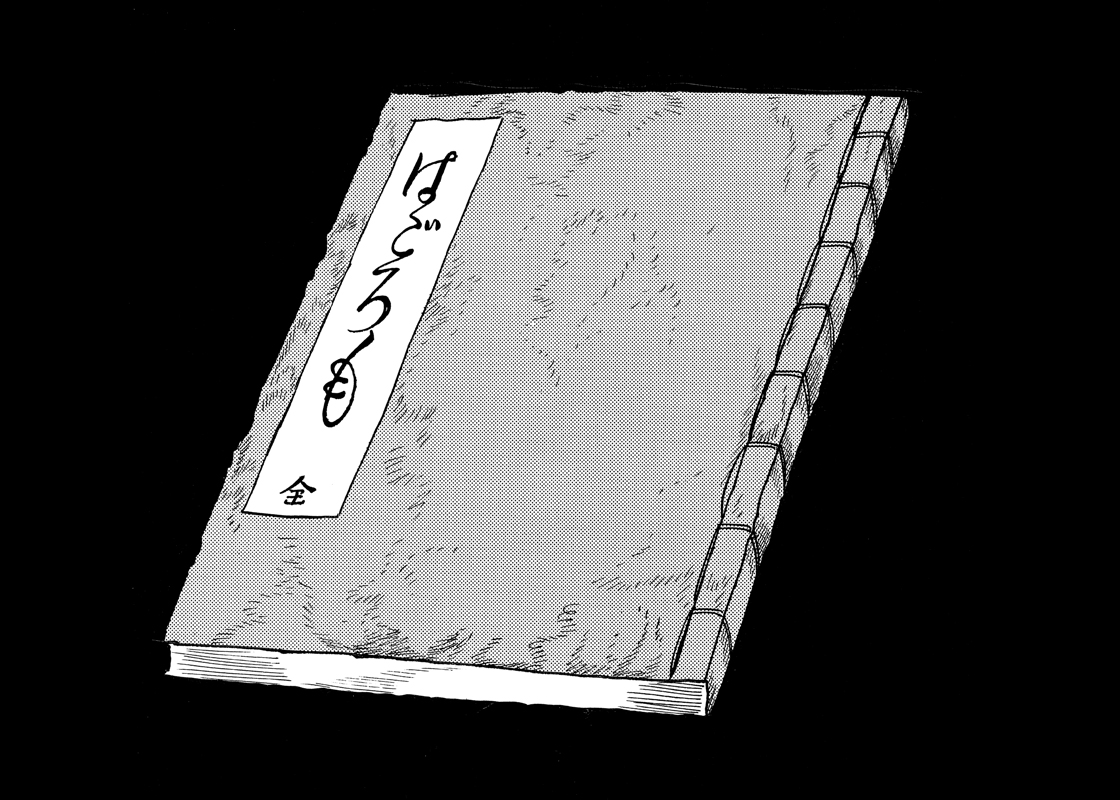 Phoenix: A Robe of Feathers

This is Part 7 of Tezuka Osamu's lifework, "The Phoenix," which appeared in the magazine "COM."
Having found a beautiful robe draped over a pine tree on a beach, the hunter Zuku tries to sell it for money, but then hears a woman's voice, saying that the robe is hers and that she wants it back. When Zuku inquires as to her identity, she says that her name is Otoki and that she has traveled here from a country far above the sky.
Thinking that Otoki was an angel, Zuku asks her to live with him. In reality, Otoki is a time-traveler from the future. If the robe of the future were to be sold, the course of history would change. In fear of this, Otoki begins to live with Zuku, and before long they have a baby.
One day, some samurai from the capital came to conscript Zuku, and Otoki hands the robe over to the samurai to save him. 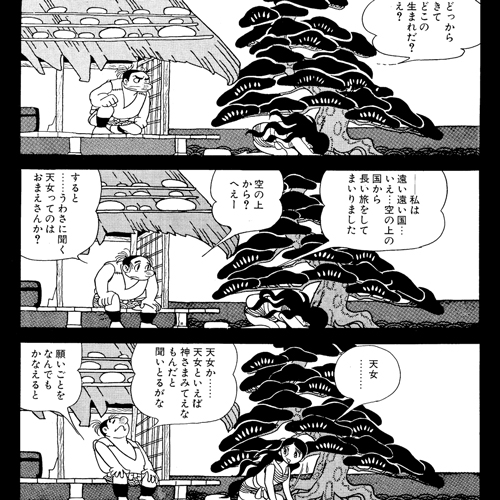 The work is based on the old Japanese fable "Hagoromo-densetsu (The Legend of "Robe of Feathers")." This is a short story, consisting of just one episode.
The Legend of "Robe of Feathers" is a fable in which an angel from heaven is bathing herself in water when a man comes over and hides her robe. The angel, unable to go back to heaven, marries the man. The story is also called "Tenjin-nyobo (Heavenly Wife)." Similar stories are found not only in Japan but also throughout Asia.
There is also a similar tale in Europe, called "Legend of the Swan Maiden."
This chapter is experimental in a sense that it is depicted entirely from one fixed angle, as if it were enacted on-stage and observed from audience seats. According to Tezuka Osamu, the story setting was 70 to 80 years earlier than "Turbulent Times," which was to be published later. When the work was first published in a magazine, its anti-war theme was emphasized via the leading character, who is a victim of nuclear war. The story also touches on radiation disorders. Since the theme could not be casually set forth in those days, this chapter was not published in book form for many years. It was in only 1980 when the work was finally published as a book after thorough editing. Although Tezuka Osamu had a plan to eventually create another chapter on the theme of "Robe of Feathers" separately from this work, his plan unfortunately did not come to fruition. 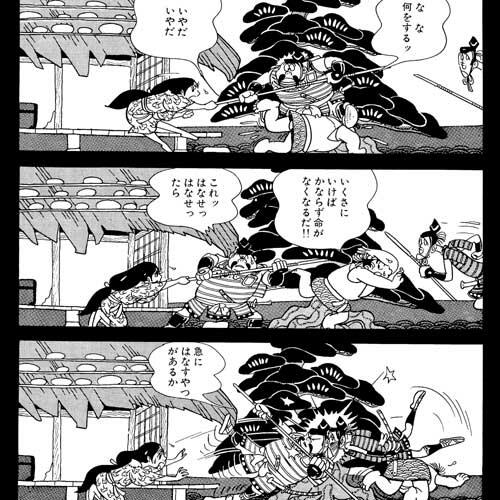 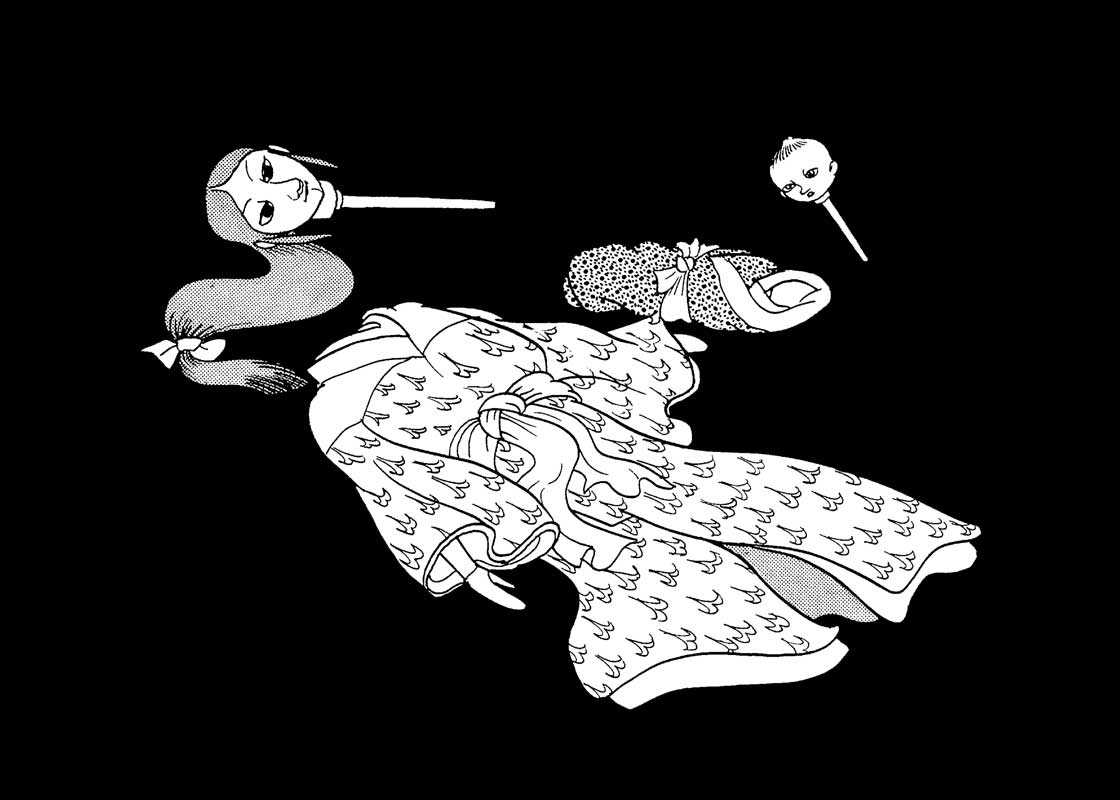