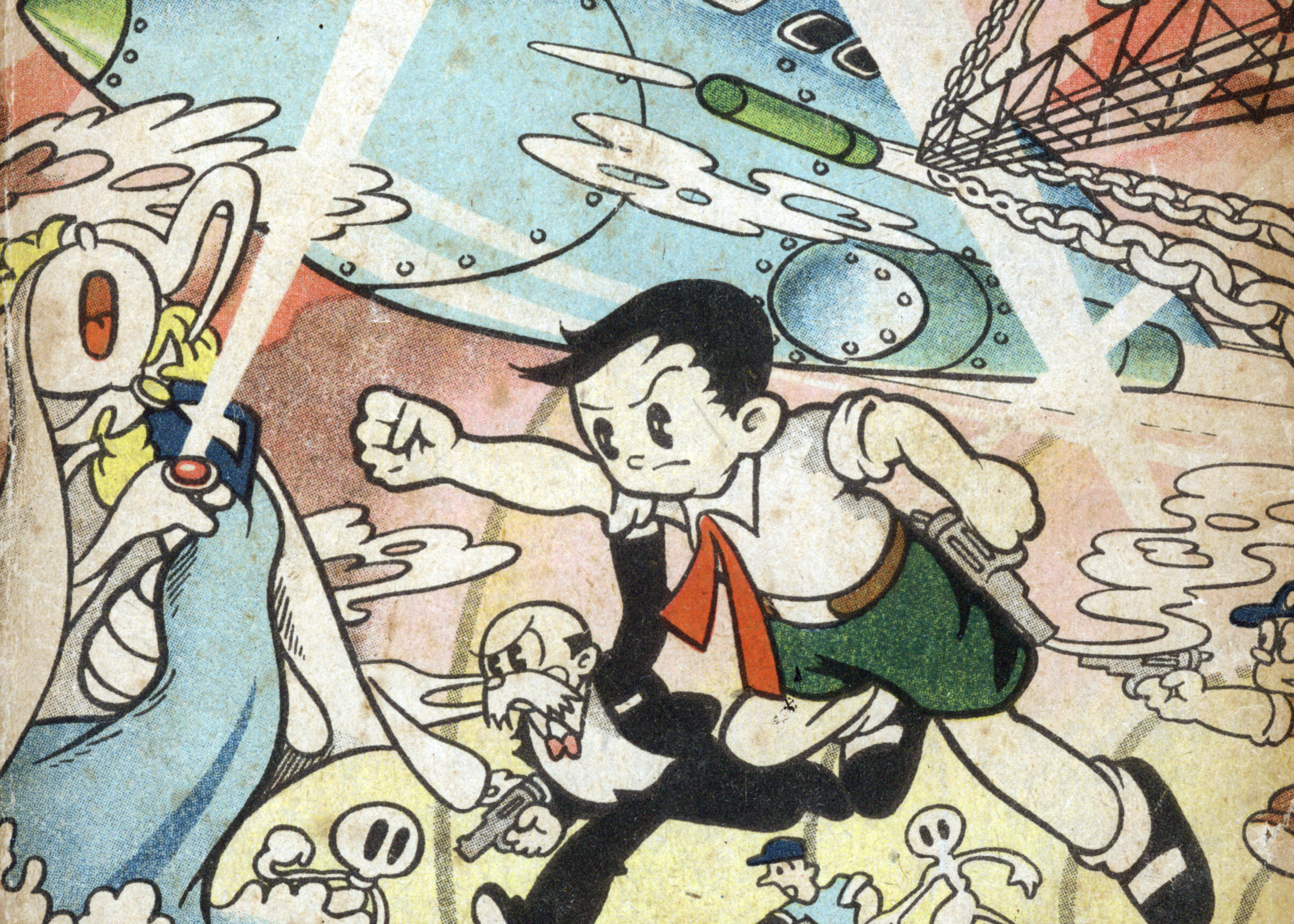 "The Mysterious Underground Man" is a science fiction Manga depicting the struggle of boy-scientist John and his friends against people of the underground, who are plotting to take over the Earth.
John invents a safe, high-speed, earth-penetrating train to fulfill the final wishes of his father, who died in a plane crash. One day John meets Mimio, a rabbit with human-like intelligence, and together they head to the center of the Earth in the newly completed rocket train.
But when they get there, they discover an underworld ruled by a queen who plots to conquer the Earth. John and his friends, including Uncle Bill who comes to help, somehow escape back to the surface. They make another rocket train and return to the underworld. 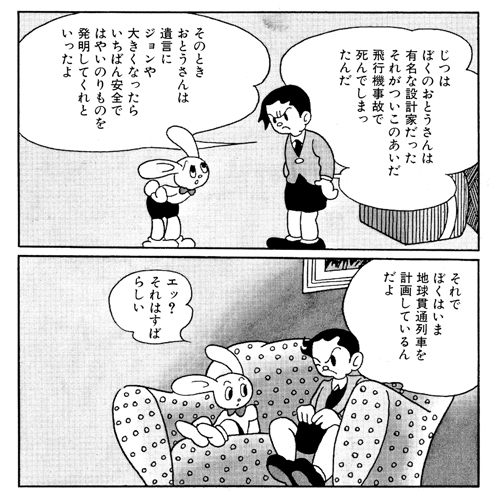 "The Mysterious Underground Man" is the third in a long series of separate works.
The inclusion of such things in this work as philosophical and literary elements and an unhappy ending with the death of the main characters show Tezuka Osamu's readiness to explore new possibilities in his Manga.
This work became the first in a long line of story Manga by Tezuka Osamu that are still popular today. Tezuka Osamu's original title for this work was "Tunnel," which he borrowed from a popular novel by Bernhard Kellerman that he had read in junior high school. But at the publisher's request, the title ended up as "The Mysterious Underground Man."
This work was later remade on two occasions: in 1951 as "The Earth Tunnel" for Gakushu Kenkyusha's "Yonen-no-Gakushu" and "Gonen-no-Gakushu," and in 1970 as "Adventure 21" for the "Shonen Shojo Newspaper." (Shonen Shojo Shimbun Sha). 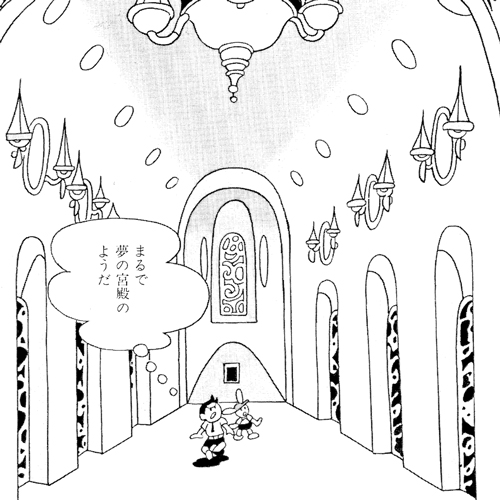 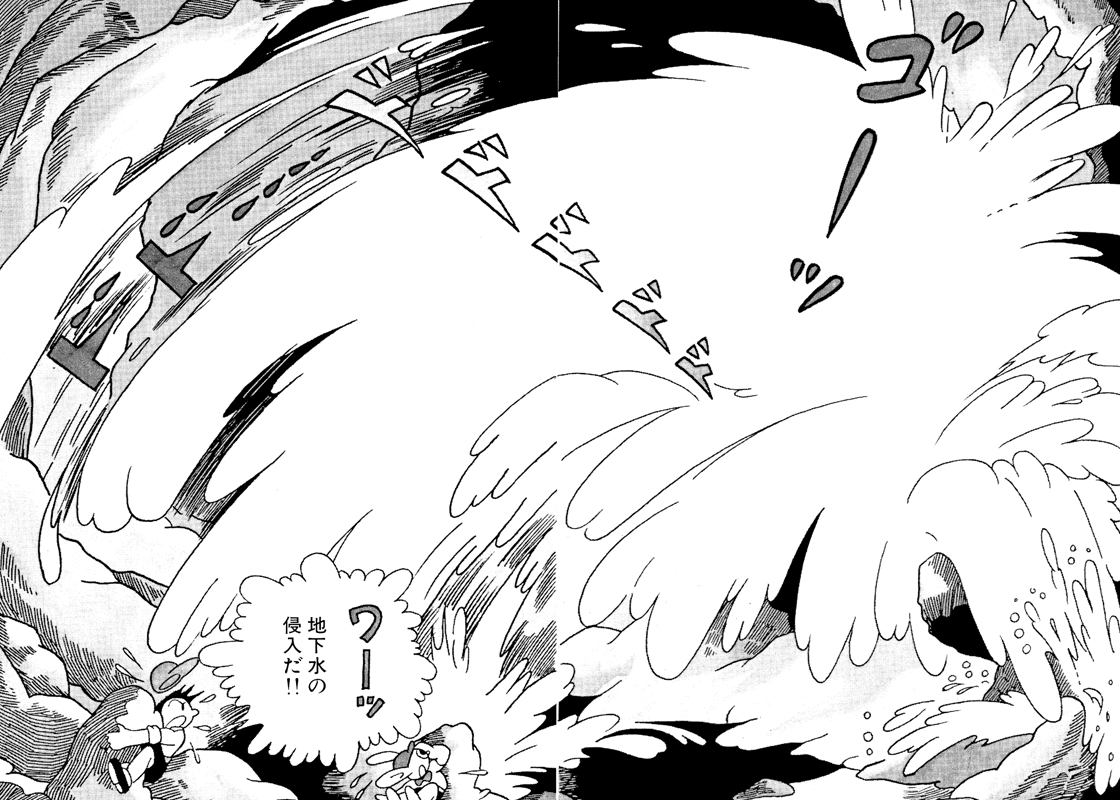