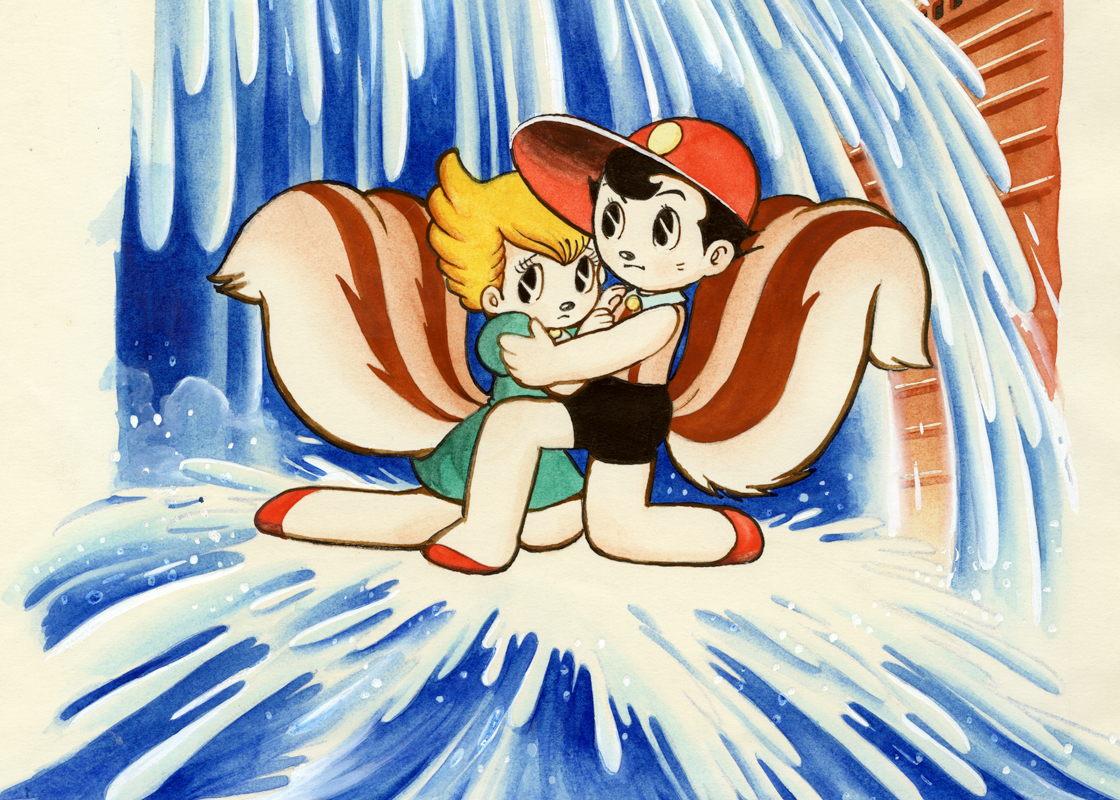 "Zero Man" is a long science fiction tale depicting a confrontation between humans and another human race, called "Zero-Men," who have tails on their backs.
A baby found in the Indian hinterland is looked after by a Japanese man. He is named Ricky, and raised in Tokyo. But Ricky was born with a big tail: surprisingly, he belongs to another human race, the "Zero-Men," who are close to squirrels biologically but have far greater power and intelligence than humans. Ricky meets his real parents, and they tell him that the Zero Men are living in an underground country in the Himalayas. And they disclose a dreadful plan: that the Zero-Men will kill all humans in 20,000 hours so that they can take over the Earth.
Ricky visits the country of the Zero Men to meet the Grand Priest, who is their dictator and who has an extreme phobia to humans. Tokyo has become their central base, where the Grand Priest's henchman, Enma Daio, is steadily carrying out the plan. Though Ricky is a Zero-Man he has been raised in human society, and decides to do everything he can to help the humans. 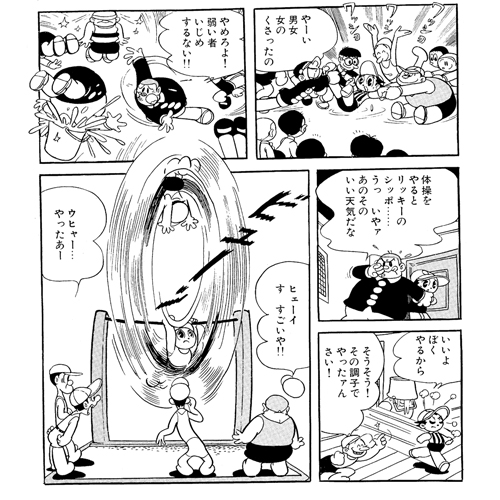 This work was serialized in "Weekly Shonen Sunday" following "Dr. Thrill." "Dr. Thrill," which was Tezuka Osamu's first serial for the weekly magazine, initially began as a series of independent stories but was later changed to a long-story form. But since "Dr. Thrill" was not originally designed to be a long story, Tezuka Osamu was not satisfied with the completed work. Tezuka Osamu learned from this experience, and when writing "Zero Man" constructed the story as a long science fiction work right from the beginning. This is how the charming character Ricky was created. Moreover, "Zero Man" contains Tezuka Osamu's favorite themes such as a character that struggles between different cultures, and the visually interesting concept of another human race with a tail. In this regard, "Zero Man" is unmistakably a masterpiece representative of his works from this period.
In 1968, the pilot film for this work was produced by Mushi Production, supervised by Tezuka Osamu. The Production tried to produce an animated TV program, but was unable to realize it. 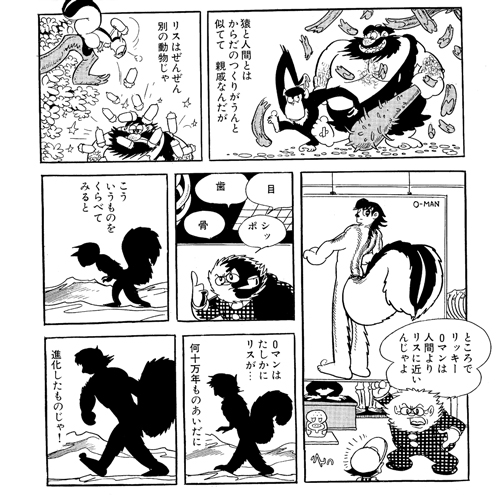 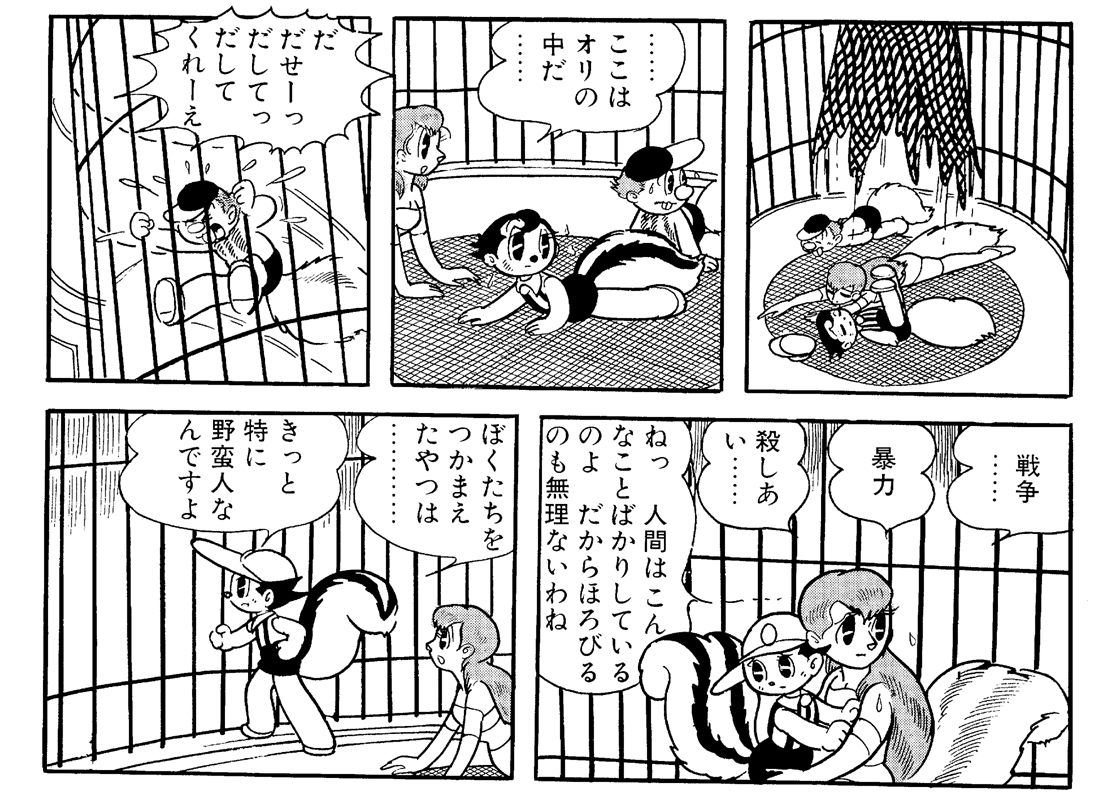