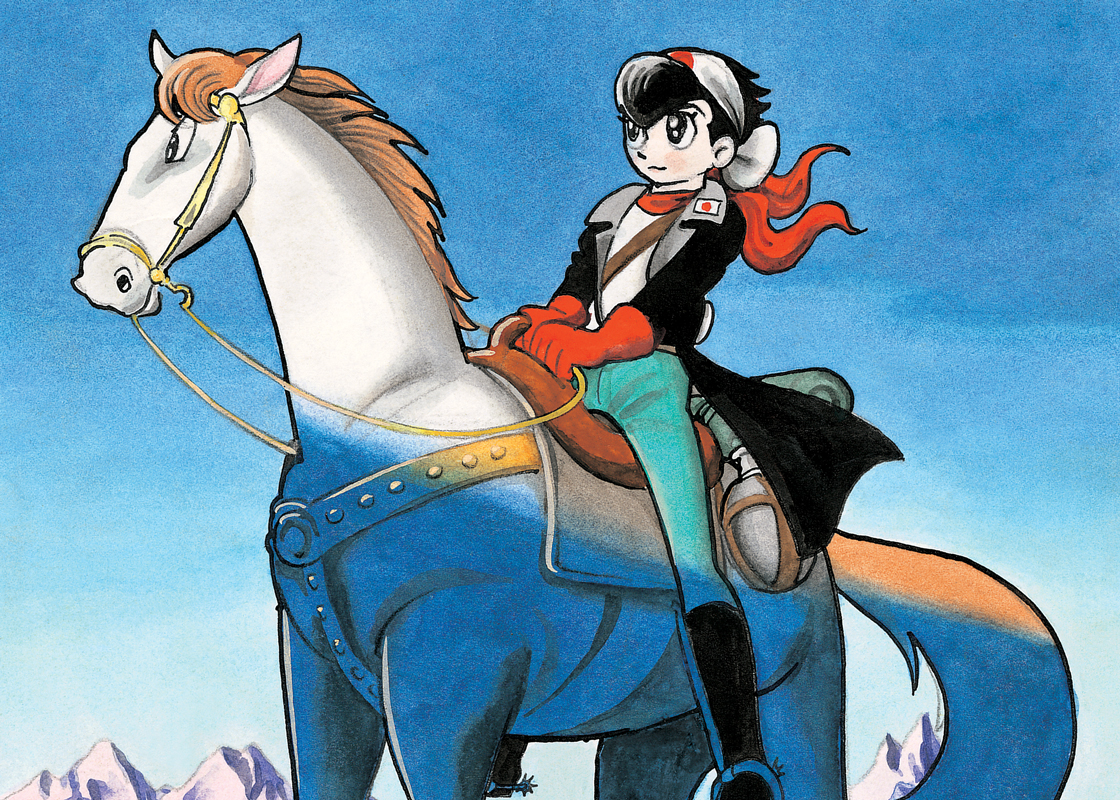 "Captain Ken" is a unique science fiction action drama that reminds the reader of the early part of American history when people moved to the West seeking gold. The setting of the story is Mars in the future.
Humans start migrating to Mars, home to Martians. There, humans start persecuting Martians, and the two groups come to hate each other. The Hoshino family is living on the outskirts of Heden City on Mars. One day a girl named Minakami Ken, a relative of the Hoshinos, visits their farm from the Earth. But at about the same time, a gunman named Captain Ken, who looks just like Ken, appears in Heden City. Captain Ken doesn't hate Martians. He defeats villains and sides with the Martians. Soon, Mamoru, the eldest son of the Hoshinos, begins to suspect that Captain Ken is actually Minakami Ken. 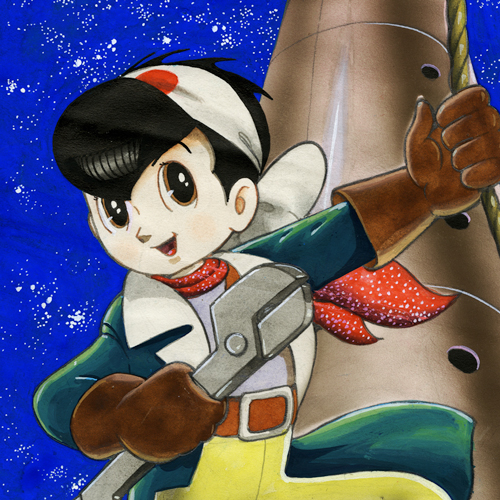 "Captain Ken" appeared serially in "Weekly Shonen Sunday" following "Zero Man." Describing imaginary worlds was one of Tezuka Osamu's strong points. Before releasing "Captain Ken," he described in detail the weather and food of an imaginary planet, Demon, in "The Adventure of Rock." (1952).
In "Captain Ken," Tezuka Osamu's imagination greatly enriches the story, as illustrated by his description of Mars: the sky is violet, the sun looks smaller on Mars than on Earth, the gravity is less powerful, and Martians eat only the peels of fruits and throw away the insides.
When "Captain Ken" appeared serially in the "Weekly Shonen Sunday," the publisher sponsored a prize contest called, "Guess Who Captain Ken Is." Many readers sent in answers but only two readers won the prize. 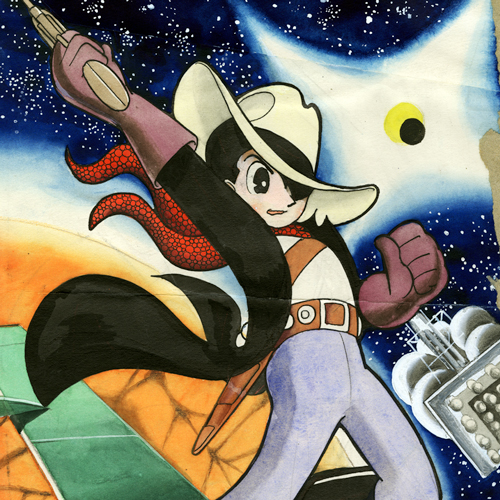 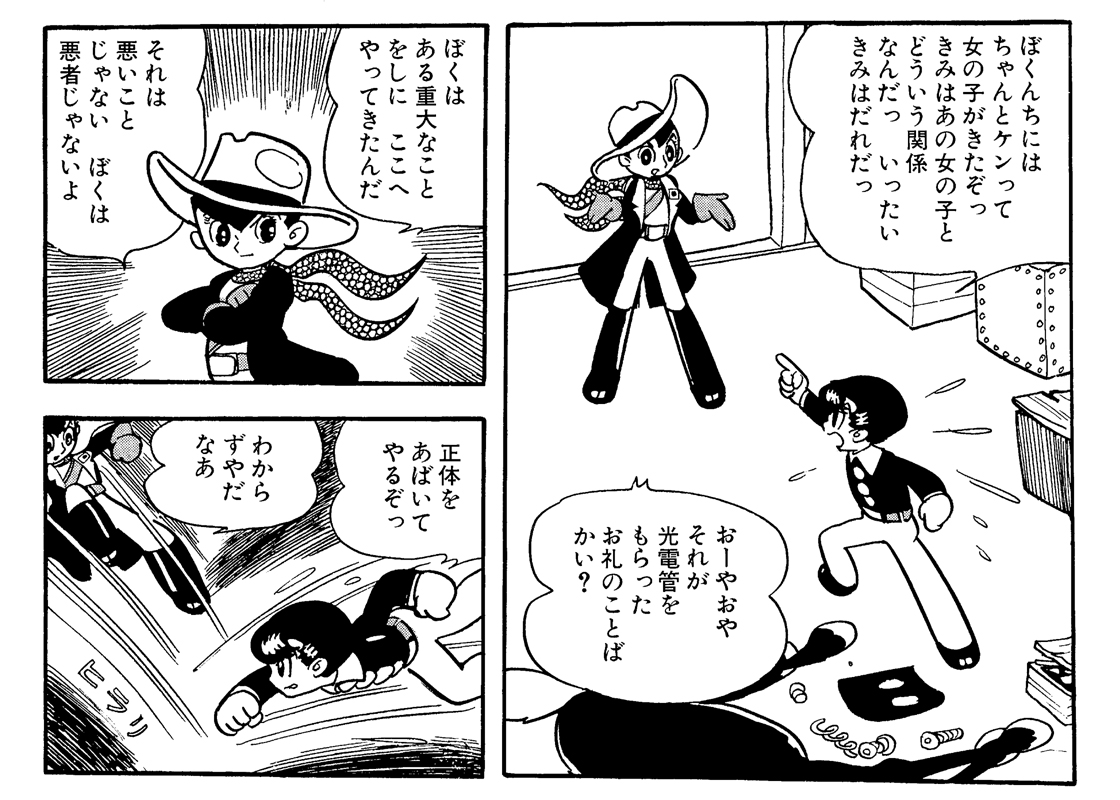