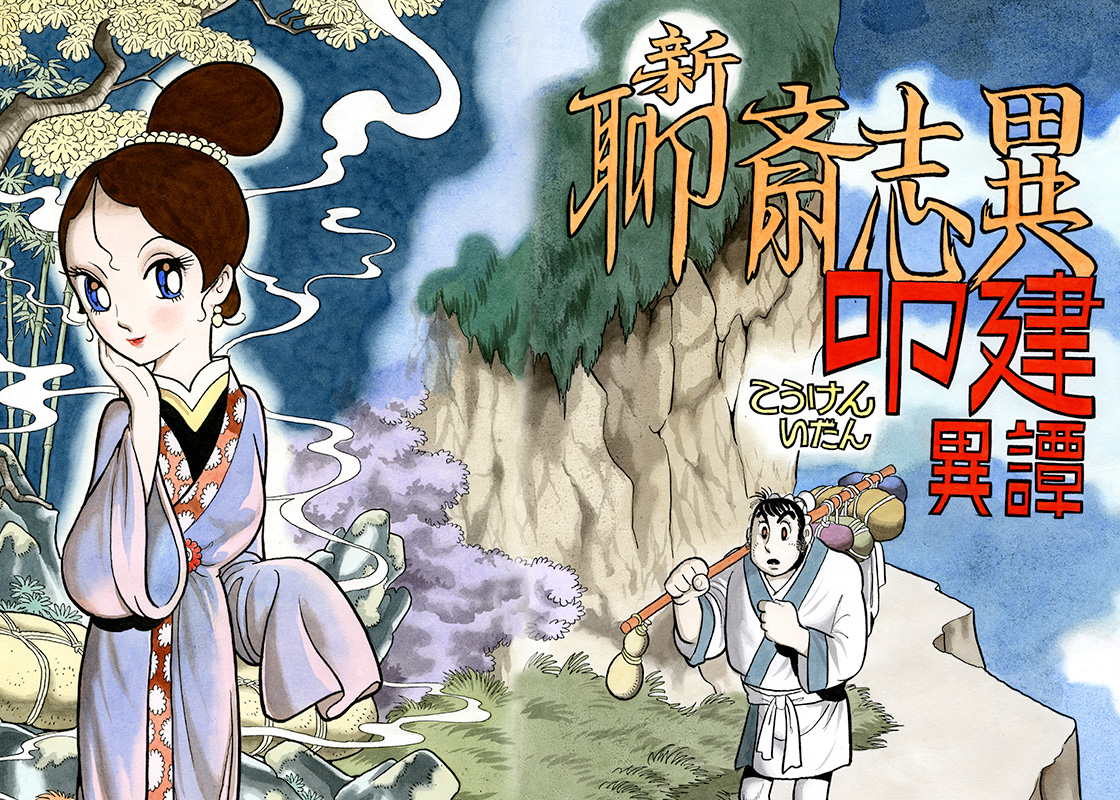 This is the series of short ghost stories in the style that Tezuka himself hears such stories in front of his house, treating the tellers with cigarettes.

The Woman Spider is a story told by a manga artist. During WWII, two art students, Majima and Maruhashi, are rivals over art. They are also rivals in love over Yuki, the idol for them. One day during the time Japan gets deep into the war, Majima is asked to paint a picture to lift up people's fighting spirits. He declines the offer, but ...

New Liaozhai Zhiyi, named after Liazhai Zhiyi, a compilation of ghost folk tales collected and edited by Pu Songling, a writer in Qing era in China (1640 - 1715) is the series of short horror stories compiled in a way as if Tezuka himself collected true stories.

Koken Mystery, serialized on Comic Burger, was a story set in Yi Shui, Shan Dong in China. The scene of the battle with Qing depicted in the work reminds readers the time around the establishment of Qing Dynasty.