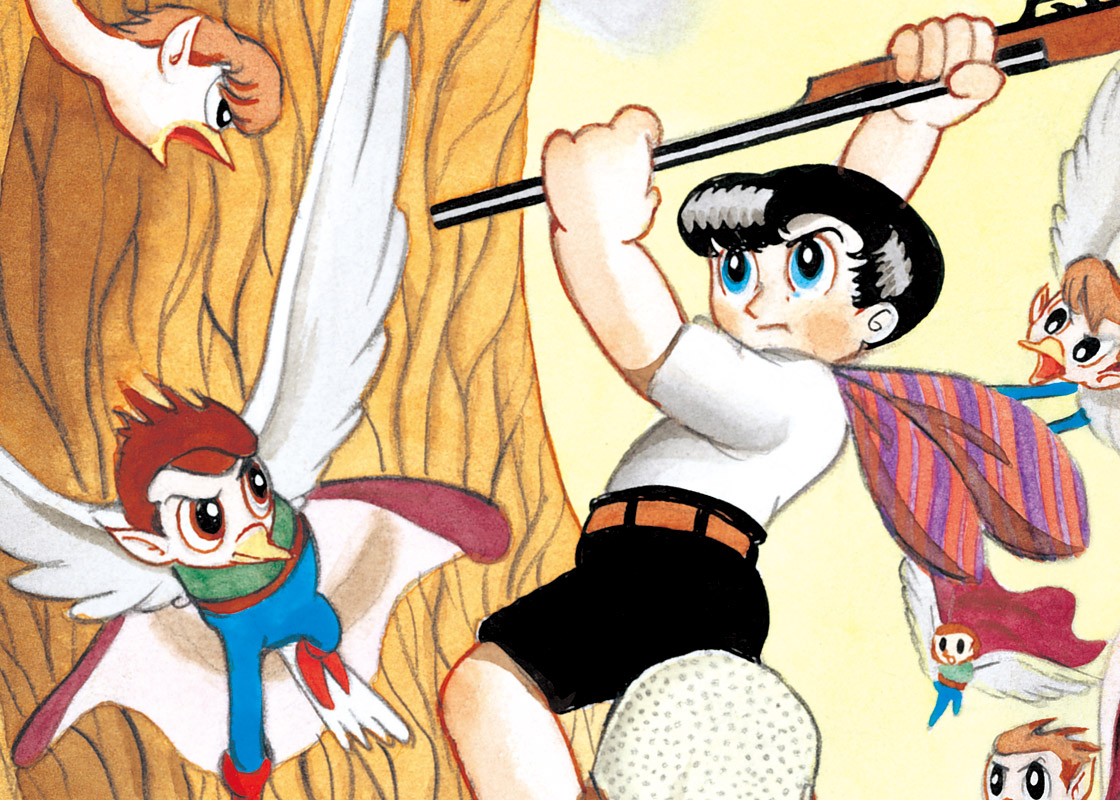 The Adventure of Rock

This is a science fiction action story in which a boy named Rock goes off on an adventure to the Planet Damon, which suddenly approaches the earth.
In 19XX, Dr. Damon discovers that the Planet Damon is circling the sun in the same orbit as the earth.
The revolution speed of the plant is gradually slowing down, however, and it is getting closer and closer to Earth. After wreaking havoc on the earth in the form of a severe storm, it becomes Earth's second satellite.
Rock, son of Dr. Damon, forms a rocket exploration team and departs for the Planet Damon.
On the planet, they discover clay men called "Ruboroom" and birdmen called "Epumu" living there. The birdmen are actually controlling the planet, enslaving the clay men. However, as the birdmen are less civilized than humans, earthlings begin to take control of the birdman civilization. 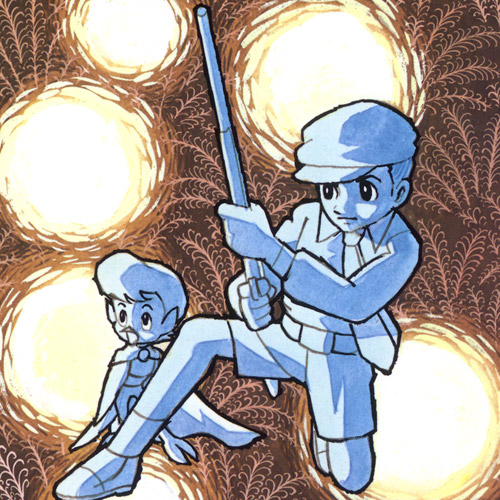 This work, clearly depicting the conflict between two civilizations, is currently regarded as an early masterpiece for Tezuka Osamu.
When it was serialized, however, the story and the relationships between the characters were considered too complex to understand, and the work was discontinued halfway through.
This is why, when the work was published as a book a year after termination of the release, Tezuka Osamu overhauled the story, changing it so that the character Rock dies, though he was still alive when the work was discontinued. 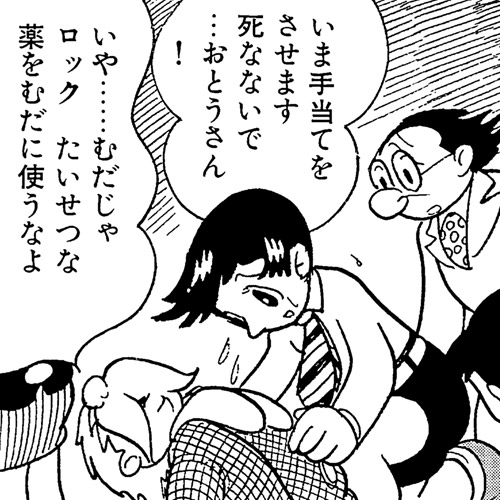 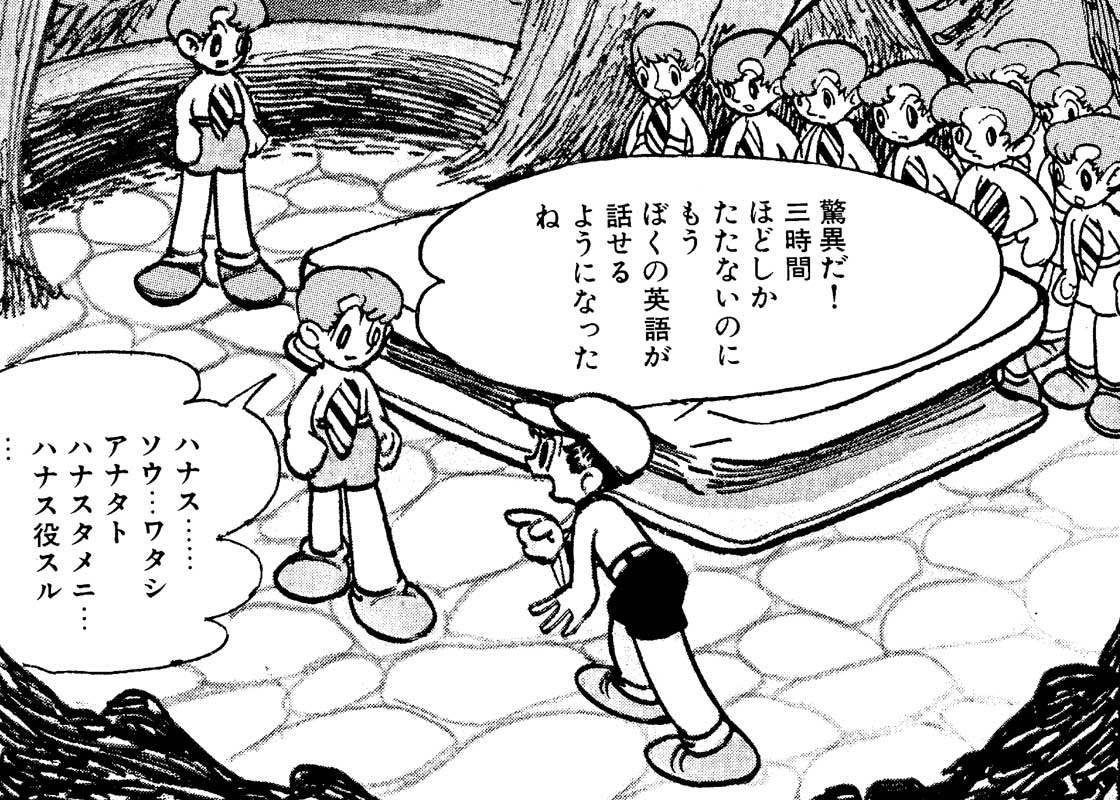