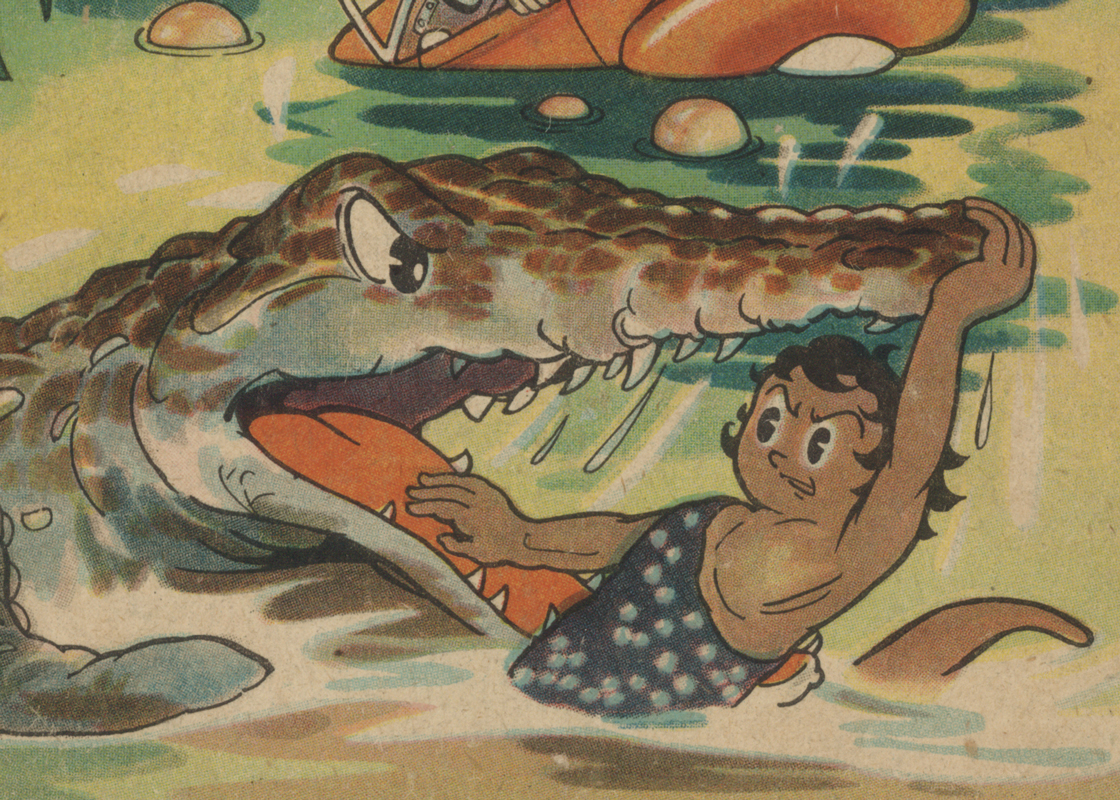 This is a science fiction criminal drama with a story line depicting a race of tailed humans, separate from mankind, living on a then unexplored inland area of Indonesia.
The story goes that a boy named Piggy is working at a zoo in New York run by superintendent Frank Alain. When he was a child, the superintendent had bought him in a slave market in Java. Piggy has the ability to talk to animals, and hears from a long-tailed monkey from Java, called Kitty, about a man in Java who has the same odor as Piggy. Piggy and the superintendent decide to travel together to Java.
After their arrival in Java, the superintendent is told by the slave marketer that Piggy was discovered on the beach when he was small, and that he had a tail on his backside at that time.
The story proceeds, and after being chased by a villain named Lamp, Piggy and Kitty flee on a great egret, and then finally meet a man with a tail.
Speaking with a tailed boy named Jago, Piggy finds that the boy is actually his blood brother. 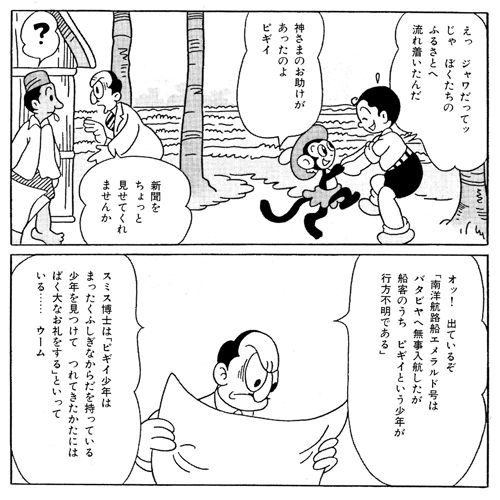 For a certain period of time before the Pacific War, children's adventure dramas and science fiction novels staged in unexplored regions overseas were popular in Japan, and
Tezuka Osamu was also an enthusiastic reader of such adventure novels. The influence of such works on him can be seen in the work "Tail People"
Although there is an adventure novel which entitled a same title published in 1939, written by Oguri Mushitaro, an important mystery novelist in pre-war Japan, it is totally unrelated to Tezuka Osamu's work. 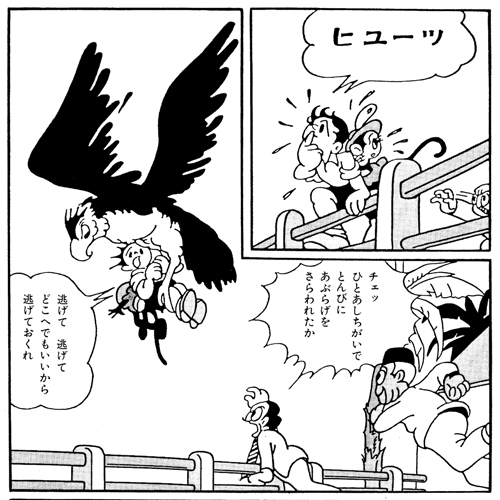 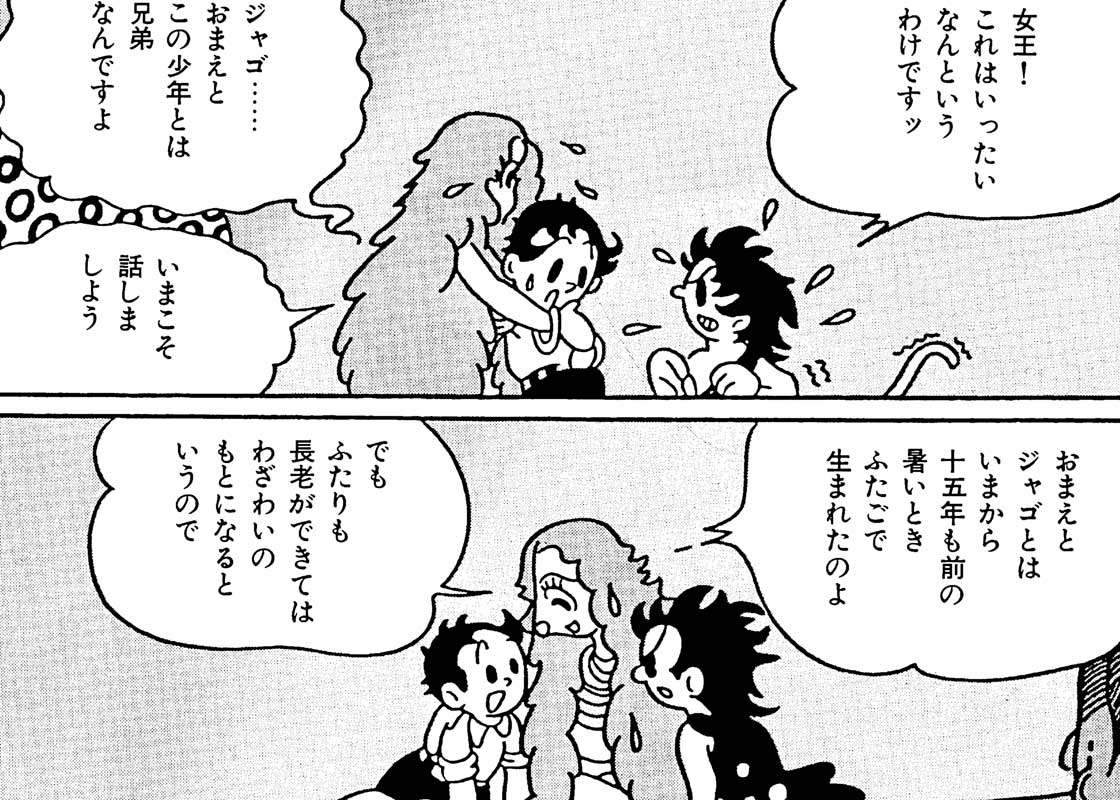